So the reason we were traveling around New Mexico in the middle of summer was because this was the second summer trip centered around seeing Trampled by Turtles at Red Rocks Amphitheater. Our first attempt to see them being cancelled by the pandemic sent us stumbling about the Denver area last year seeing the sights instead. In 2020 we went to Red Rocks anyway, it was just empty. We all wanted to see more of New Mexico, I just saw a little bit last Fall, and Jeremy and Dan got a brief taste years ago - so it seemed like good timing (possibly not even that busy) to go in the summer - and we had seen enough of the Denver area last year.  We were wrong about the not busy part, at least in Santa Fe and the airports to and from in Albuquerque, Denver and Minneapolis - as so many people are now furiously traveling after a year of lockdown. 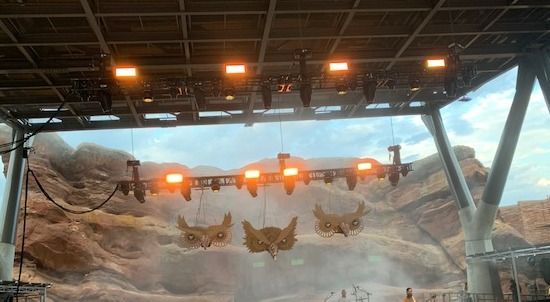 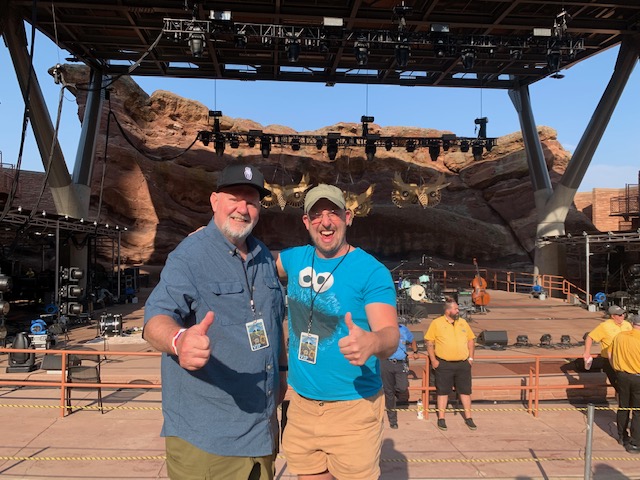 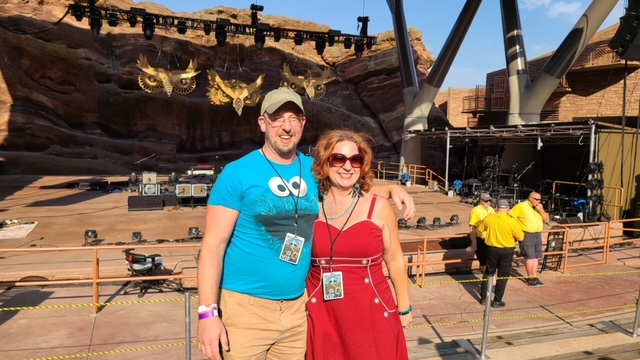 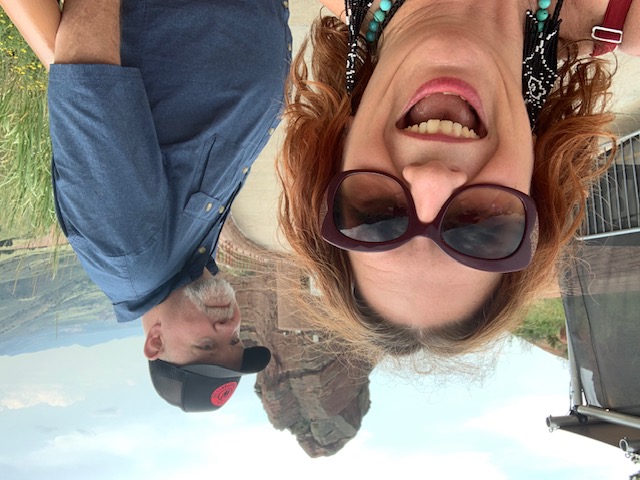 I bought tickets for the three of us to see TBT on December 3, 2019. I think it popped up on my Instagram feed that early purchase VIP tickets were available that came with a backstage tour, meet and greet (not that we needed this, they are from Duluth, Minnesota and I've met and greeted them many times before they played larger stages), and a commemorative wood block print concert poster. Primarily, I wanted to see them at Red Rocks, and they hadn't yet announced a Duluth Bay Front Festival Park show yet (and it seemed like Red Rocks was going to overtake this), so we decided to go all in - VIP seats and back stage tour! and build a vacation from it. 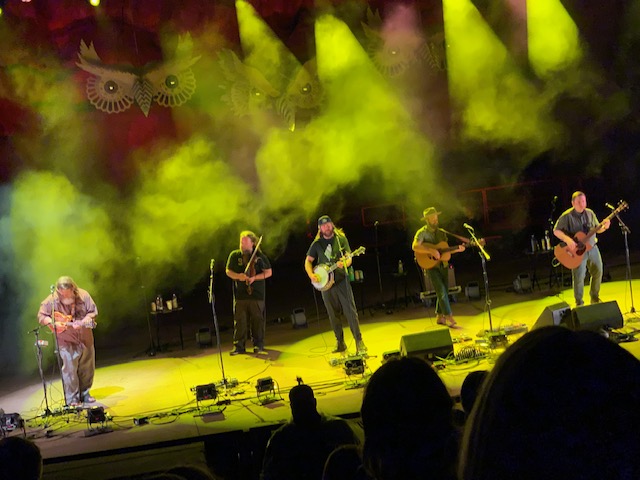 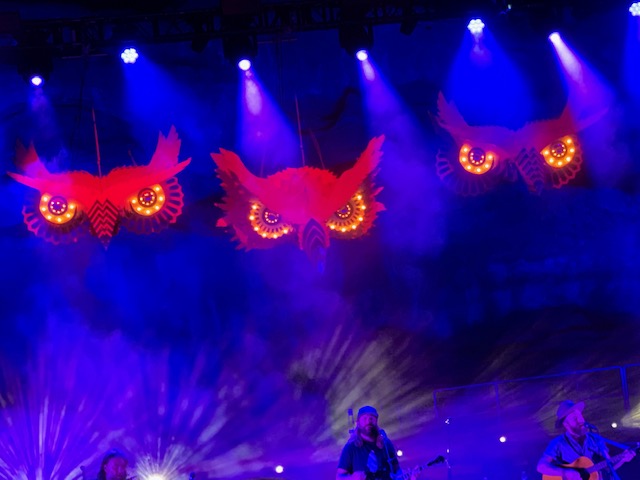 December 2019 seems like another lifetime ago.  I didn't know I was going to quit my job and open a law office, spiritual guide and independent consulting business (I should have known, but I was still in denial of my destiny to leave the ranks of corporate ladder climbing). I was not paying attention to the news (I was too busy at work) and had no clue about the Coronavirus that was hitting China (and I don't know if anyone but Reddit doom scrollers knew yet). We really had no idea we were heading into a worldwide pandemic. Almost two years later, a bunch of lockdown, meditation, self-employment, spiritual guiding and everything else I've done since January 2020,  I am now literally a different person than who bought those tickets. 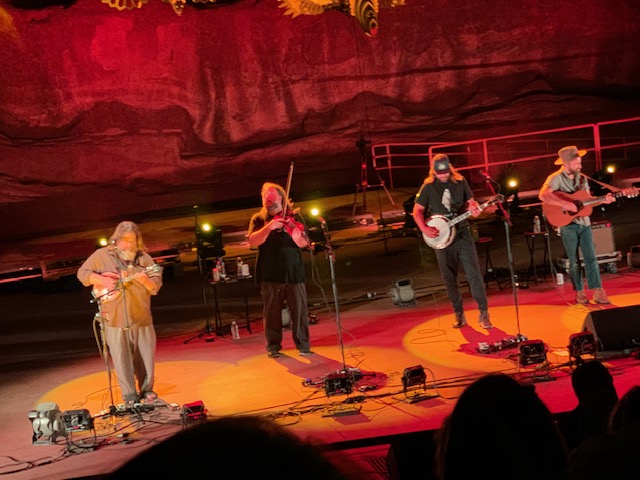 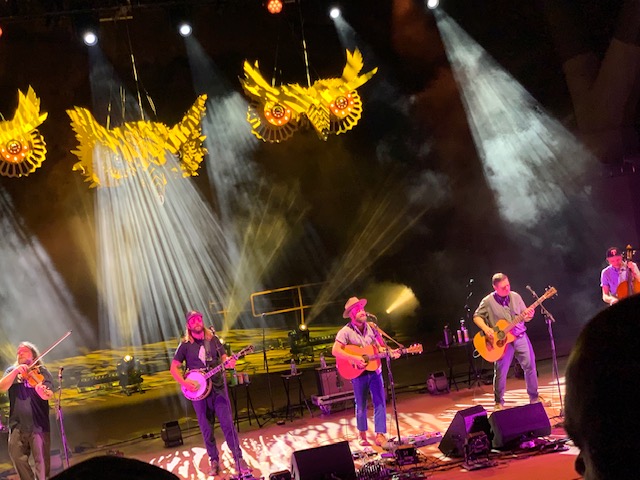 All that being said, I am still a huge fan of Trampled by Turtles. I hold a lot of hometown Duluth girl pride for these guys to have gotten as far as they have. I miss being able to see them inside small venues like Seattle's Tractor Tavern where lead singer Dave Simonette put me on the guest list for being a home town Duluth girl, or Duluth's Fitger's Tap Room where dancing hippies showered me in beer as I tried to listen, getting in free at Pizza Luce because I knew the door guy, or the tiny Chinese Dragon restaurant where I think I saw them for $5 (or less) one desolate Duluth winter Friday evening in 2004 (and barely anyone else was there). All such a long way from $350 plus fees and taxes for a sold-out VIP experience in a 9500 seat amphitheater to get even half-way as close to the stage I did back in the day in small venues. But if going to Red Rocks for a concert to see your favorite hometown band, why not go all the way in? 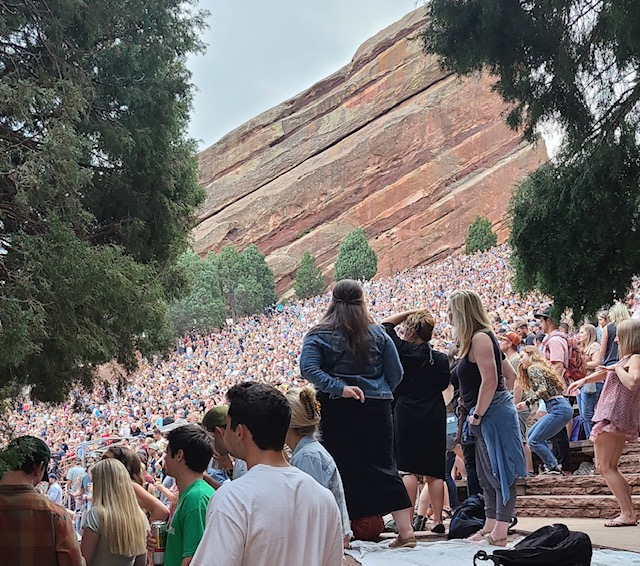 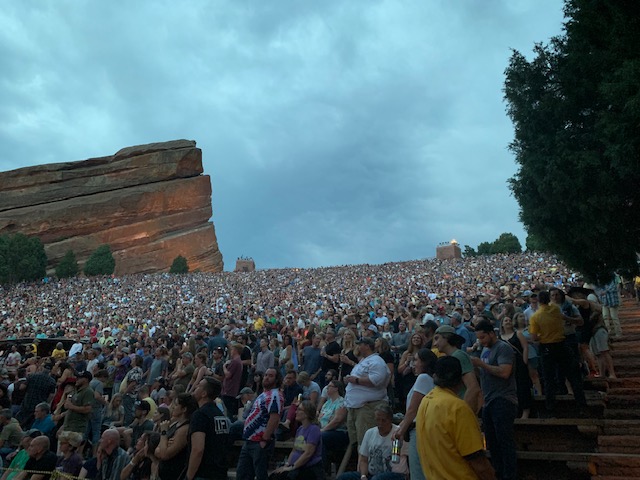 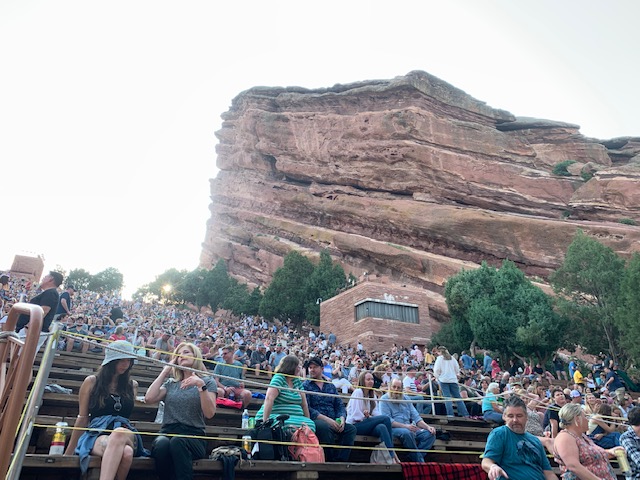 Our seats were row 5 in the center of the stage.  The only drawback was a super intoxicated tall guy and his harem of women that kept coming to stand in front of us to dance. He was gone most of the concert so we made due.  We also received the gift of weather - as in a storm rolled in just after CAAMP the Ohio Band sharing the show spotlight with TBT (and came with their own set of avid fans) and there was wind, lightning, thunder and strong wind that kept whipping magically through the fiddle and mandolin players hair and beards making them very rock star-y in the pale moon light. I was never able to capture that with my camera. 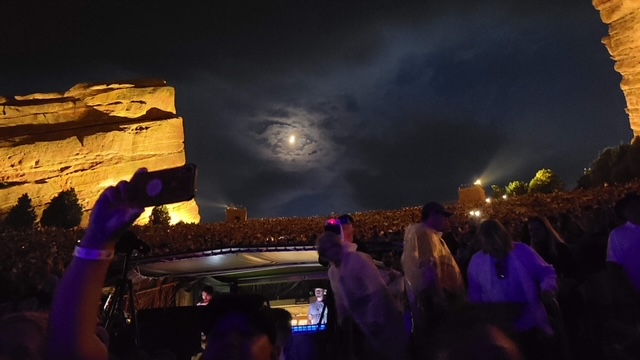 This (below) is a great shot of the cell phones held high in honor of Dave's daughter Lucy, who joined him on stage for the song "Lucy Where are you Now" inspired by a game of hide-and-seek he played with her once upon a time. 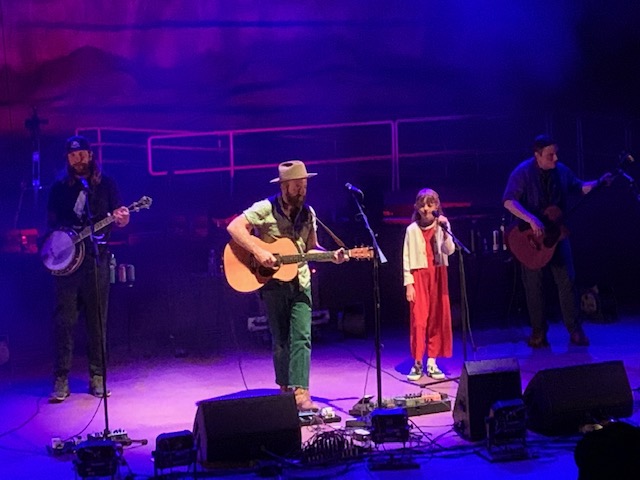 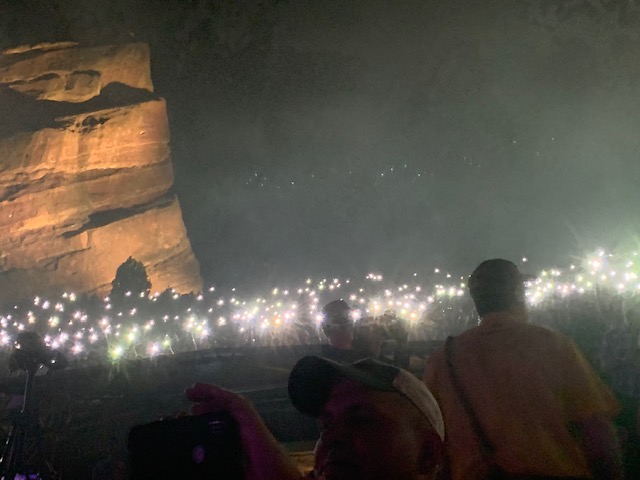 Here are shots of the The Tunnel where artists who have played Red Rocks have signed the walls since the beginning of time from our back stage tour.  Our tour included a "professional" photo in the tunnel - but the photographer literally made everyone look like they were jacked up on something extremely unenjoyable and the angle was horrible - so I am not sharing that photo here.  But you can see our perky tour guide. 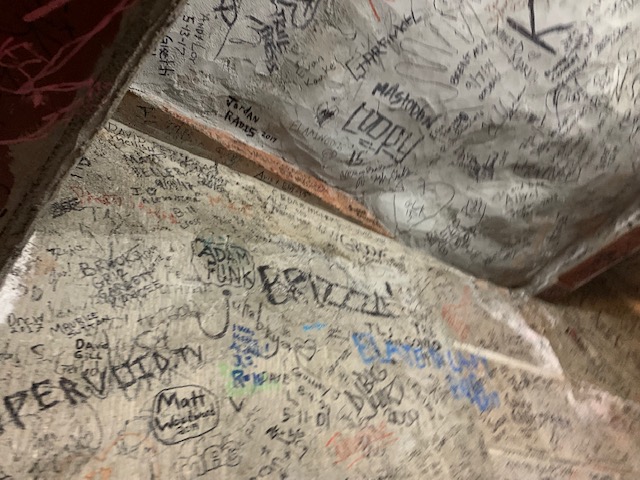 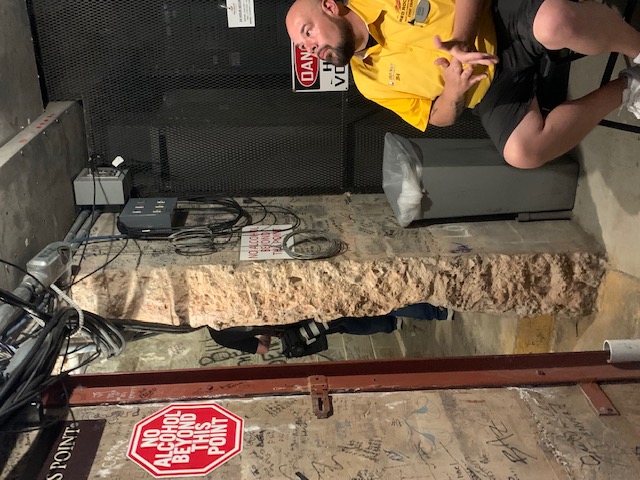 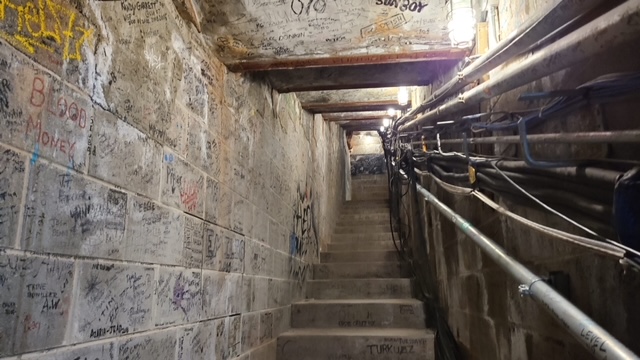 The concert, as the first live music experience I've had since 2019, was a reminder of how much I love and have missed live music.  Trampled by Turtles brought it, but they always do - Red Rocks only amplified the experience.  Their music is acoustic but powerful - the strings literally project a wall of sound upon you that wash over you like the thunder of a tidal wave. A dancing tidal wave that makes you want move.  Back in the day their raucous bluegrass rock songs would result in a version of a mosh pit that got them the nickname "Trampled by Hippies."  And in many a concert was I showered in beer by an unaware walker by, or dancing person over exuberantly waving their cup from that joyful pile of movement.  Being in an amphitheater there was not the same wonderous dance ameba, just me wiggling ecstatically by my assigned seat or jumping up and down in some for of awkward don't fall off the ledge kind of joy. There was the requisite Wooo-whooooo!! and Yeeeeaaah!!!! and clapping and yelling of favorite song lyrics as if I was capable of carrying the tune or harmony.  It was fun. And probably enhanced because of the 2 year wait. Still reeling in the miracle that we can all be together in a crown again. 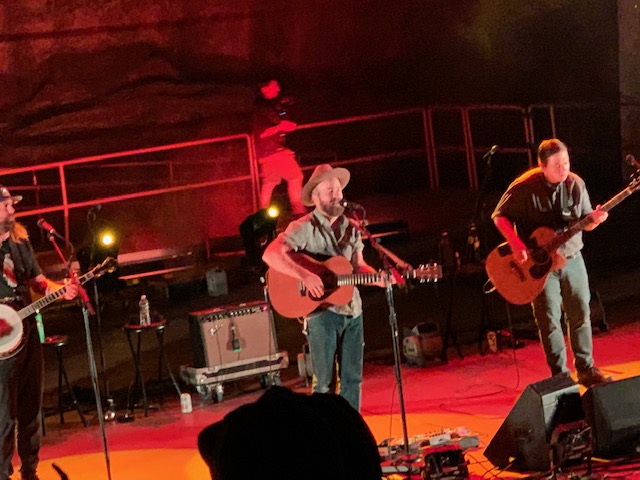 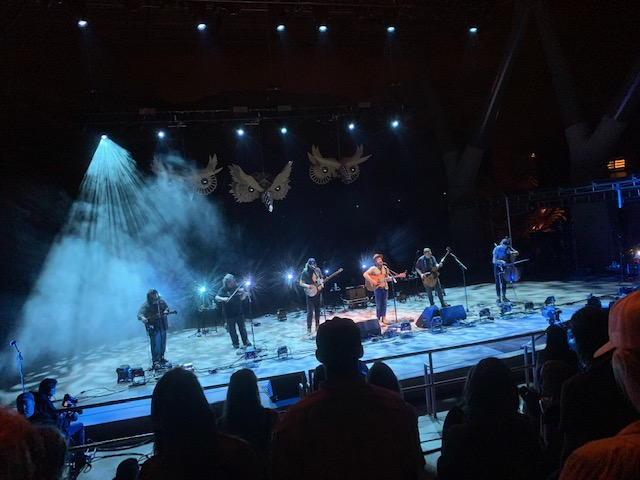 We used the next day to repack, deposit the rental car, lounge in the pool at our downtown Denver hotel and catch an oyster happy hour at a Union Station restaurant called Stoic & Genuine.  It was a relaxing final day of a whirlwind vacation with a lot of sensory stimuli. I write this three days later, on a Sunday afternoon, sitting on Jeremy's deck in Duluth, Minnesota - I am still a bit tired from our momentum and was happy to meditate at length this morning and simply sit in the warm summer sunshine to write and recover from the travel. 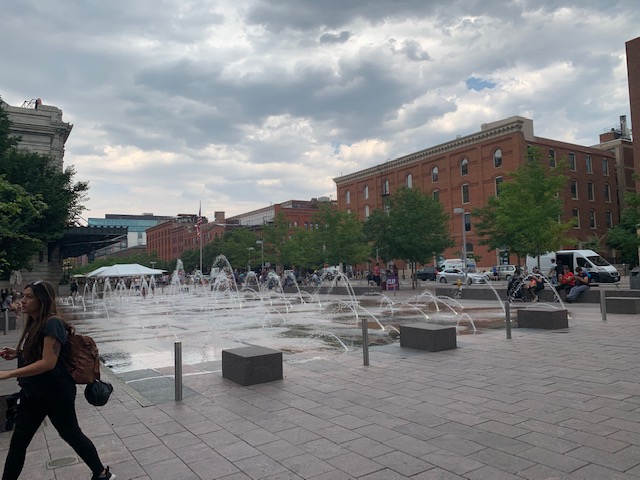 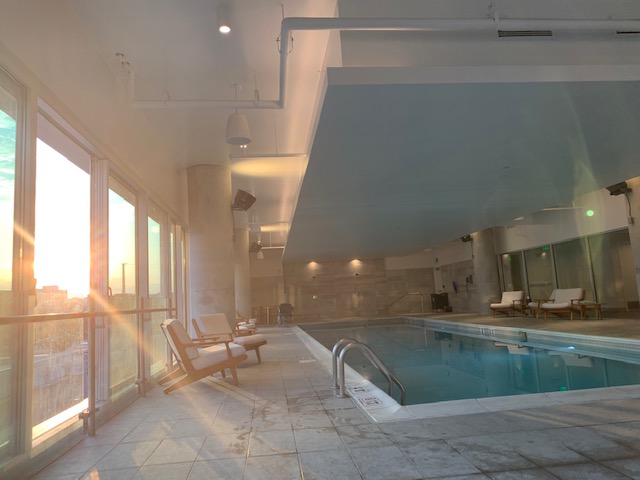 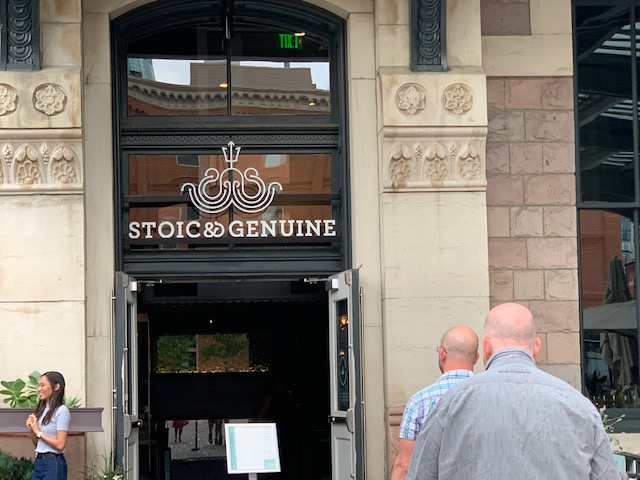 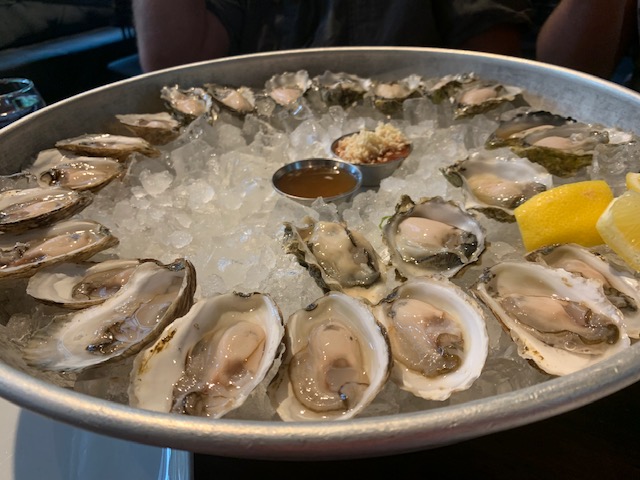 Travel fuels my soul, taking in new places and having experiences is the way I live to the fullest. I push myself so I can encourage others and live a joyful life with no regrets.  I have no regrets from this trip and I look forward to a few more weeks of visiting and working remotely here in the Midwest this summer.  My father recently asked on the phone "How can you work if you are not at home?"  I answered "I work where ever I have my computer and iphone because my business is virtual."  He responded - "That's right! Because Angels live in clouds!"  I laughed and told him I'd have to use that line somewhere someday. 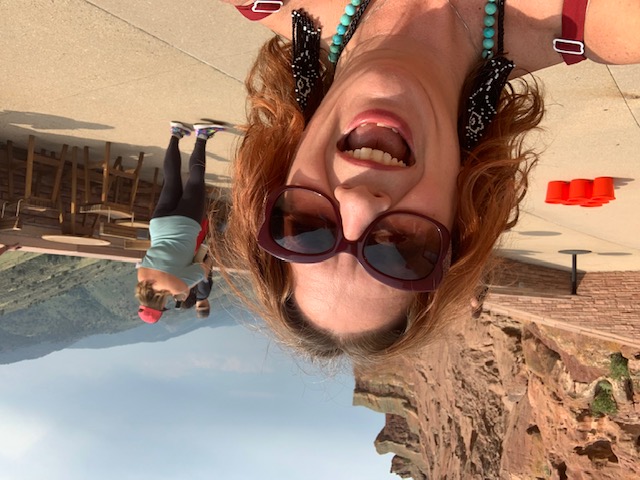