Despite the world wide pandemic, and Covid 19 infection numbers raging in the United States, the Upper Peninsula of Michigan has not changed that much. It is an insular place on a normal day, and outsiders are not welcomed with open arms. The Southern Michiganders have special names and travel between the two is really discouraged. And what rise in numbers there has been in the area, is surely blamed on the summer vacationers going to their cabins from Wisconsin, Mainland Michigan, or even worse - Chicago. 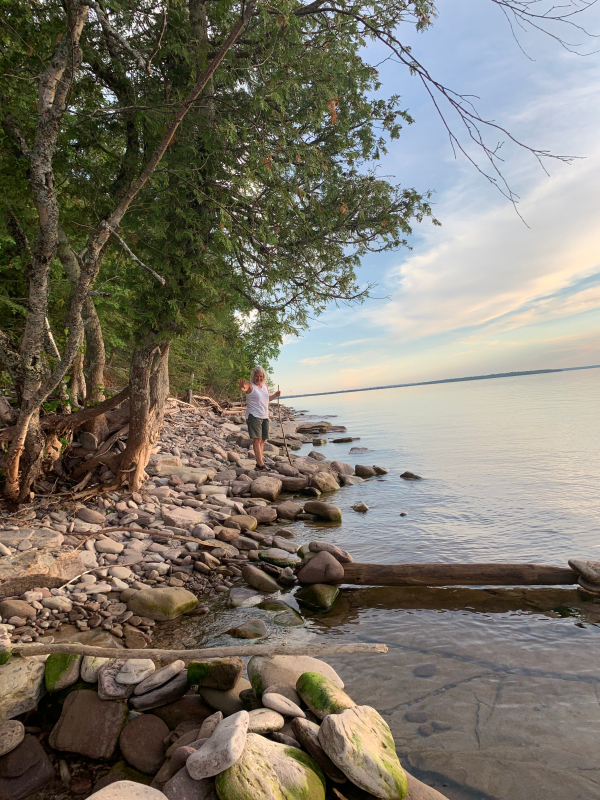 Every 4th of July, the locals in this area gather for the Skanee Fourth of July Parade. It ends at Wick's Marina, and much candy is thrown out of local volunteer fire department vehicles and make shift floats. 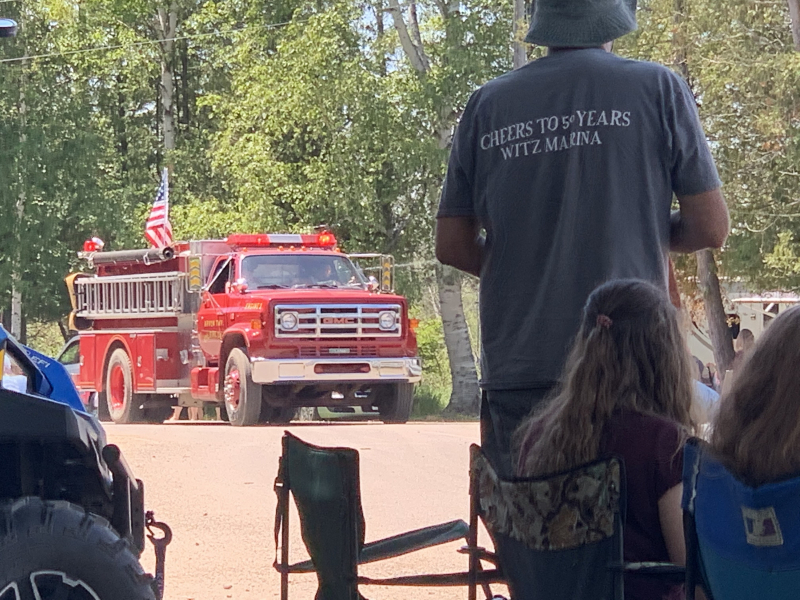 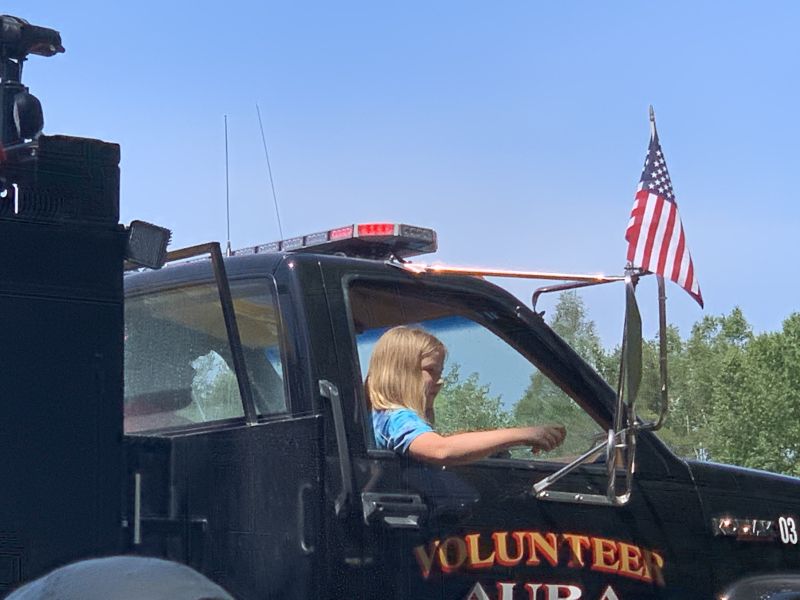 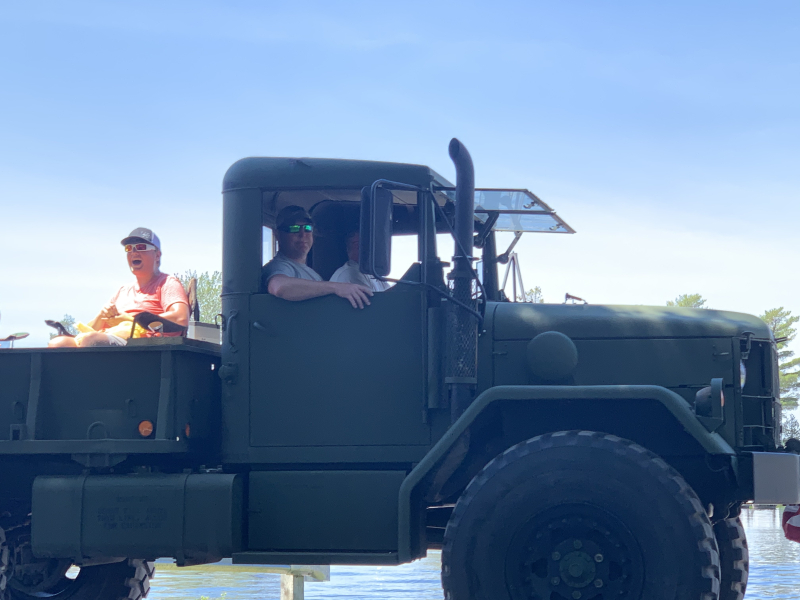 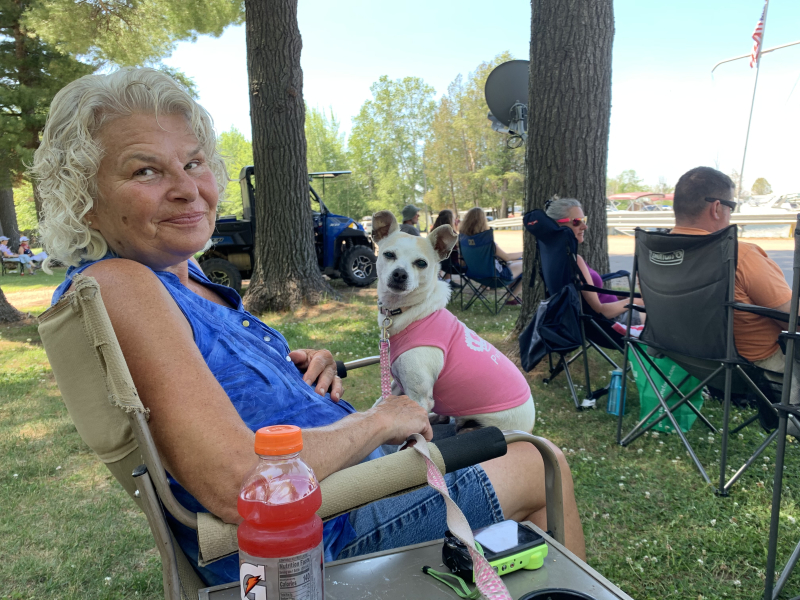 This year, social distancing was encouraged and thus there was a small group at the marina. My family unit with all the kids of my sisters friends were there, my niece and brother-in-law were inside the Aura Fire Department water truck, in the parade as Nathan is now, as a reintegrated local, one of the few, the proud and the brave volunteer fire fighters of the area. (They number less than 8). The real tragedy of this year's parade though was the candy - so many pieces were left in the street, even after each of the kids filled a backpack full with treats as the parade passed by. 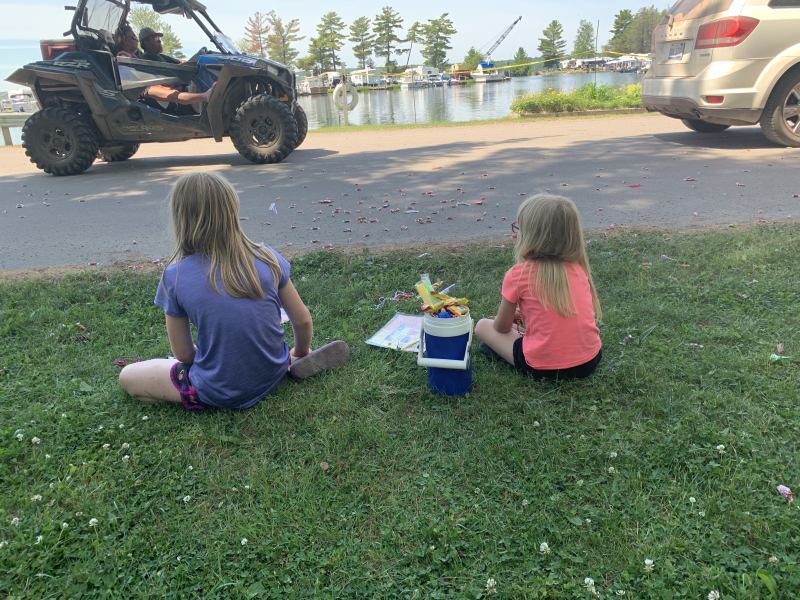 My sister Rachael, niece Kira, and brother-in-law Nathan, now live in the Upper Peninsula, a half-mile from my parents on Nathan's land. They are currently living out of a camper and shopping for a winter home (because one cannot live in a trailer during the winter in the UP). They were considering leaving South Carolina before the pandemic hit, but with the rise of Covid and the closure of school (freeing the 10 year old from class), they sold all of their real estate empire down South, downsized their life, closed their multiple businesses and packed it up to the North end of the world. So now, ironically, she is closest to my parents - when for most of her life she has been the furthest away. Its my turn now, to be literally the furthest geographically located away. 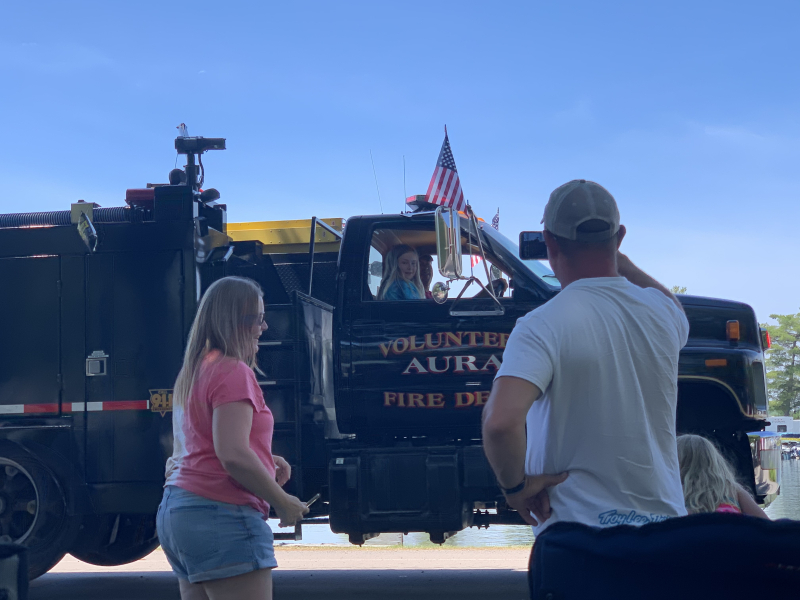 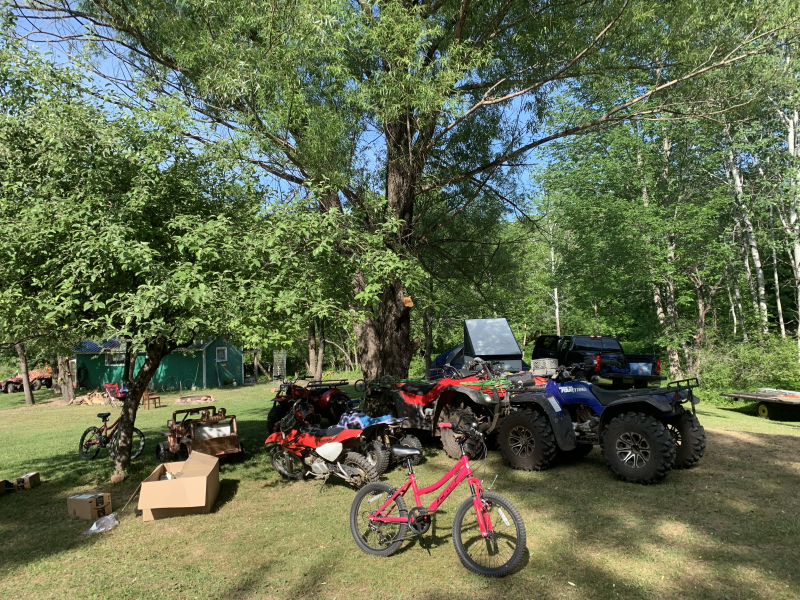 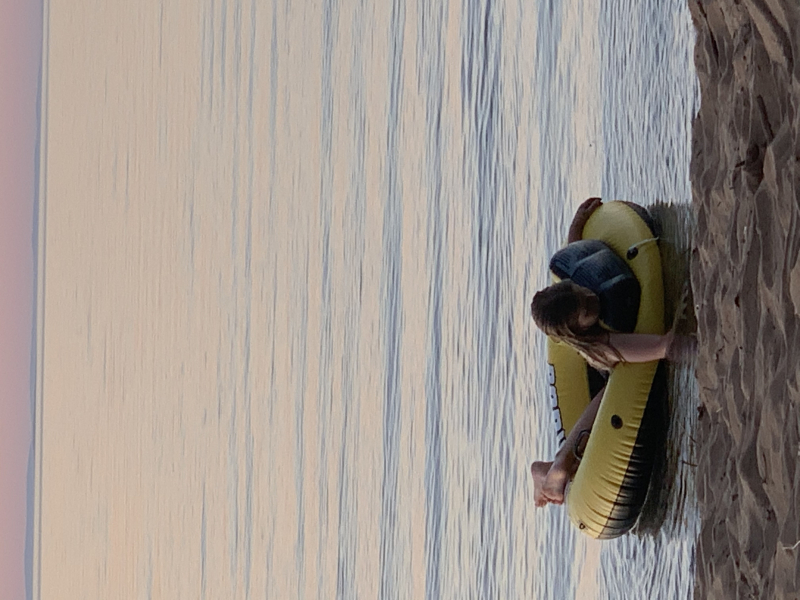 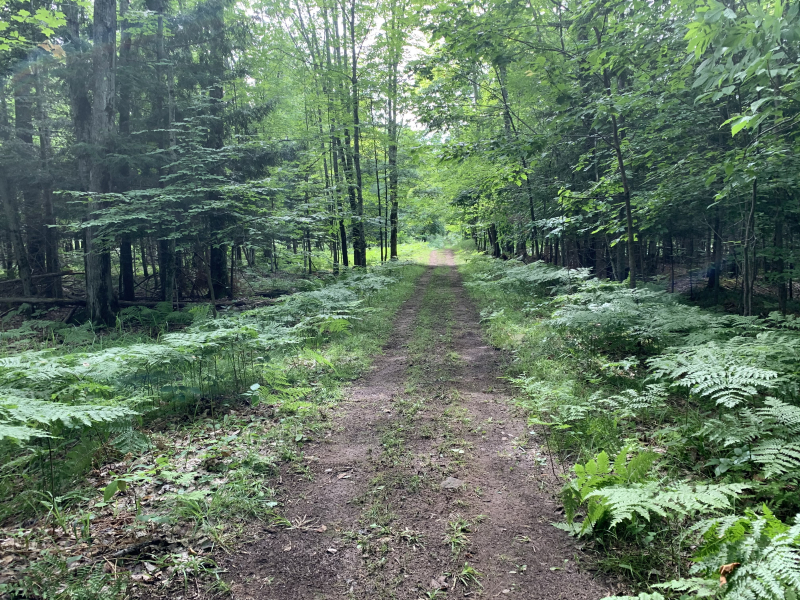 For visiting family however, it is really convenient for me to have them all in one place so I can stay for an extended visit. And on this trip we got word on the morning of July 4th, that my father, in Florida, had been in a horrible car accident, T-boned by a Ford F-150 in a Pampano Beach intersection - and luckily after a lot of time being ripped out of the car by the jaws of life, was carted to a local Trauma Center (instead of a Covid infested ICU). When I talked to my father a few days later on the phone, I told him he was pretty lucky considering, that he got hit less than a mile from the best trauma center if Broward County Florida. He laughed.  But fortune would have it that they were able to do what they needed to reanimate his two collapsed lungs, and his orthopedic surgeon could work on his broken femur, broken ankle and broken ribs - nothing was crushed, just broken - and there was no brain trauma.  If you are going to be smacked by a giant truck in an aged Hyundai Sonata, he did it right. 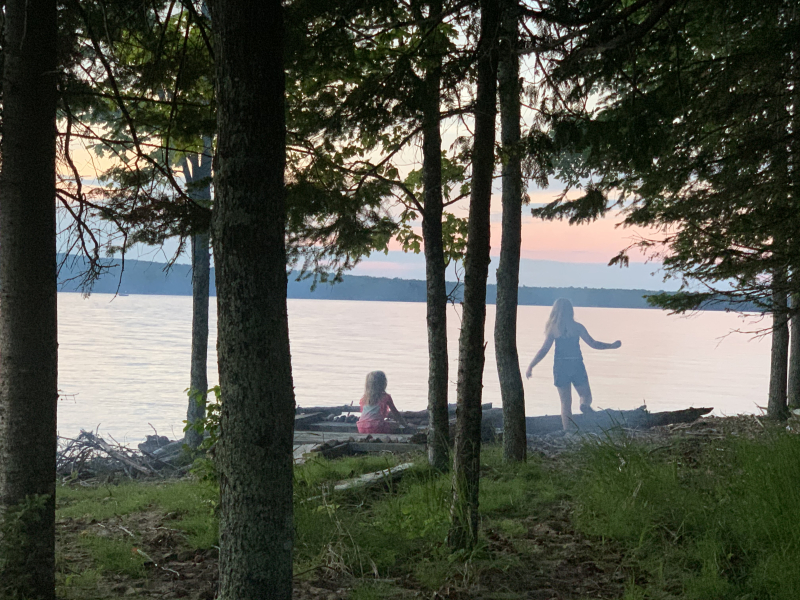 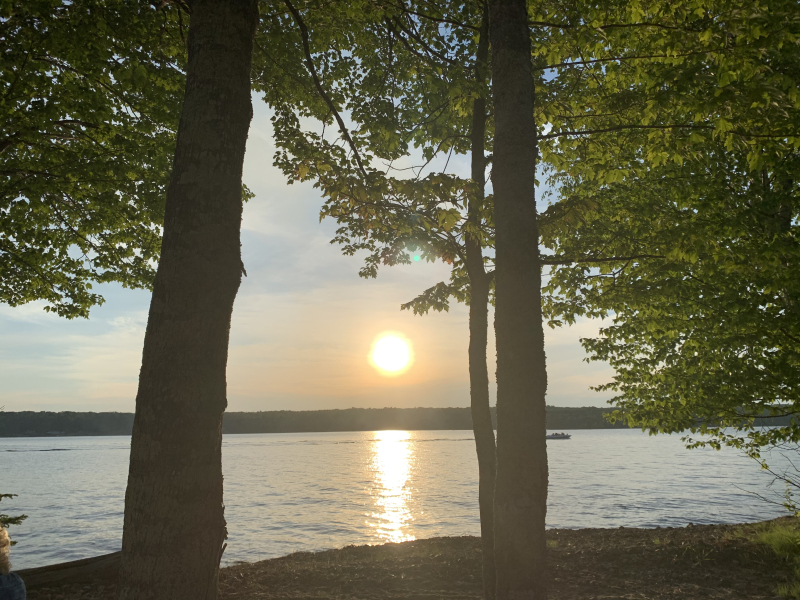 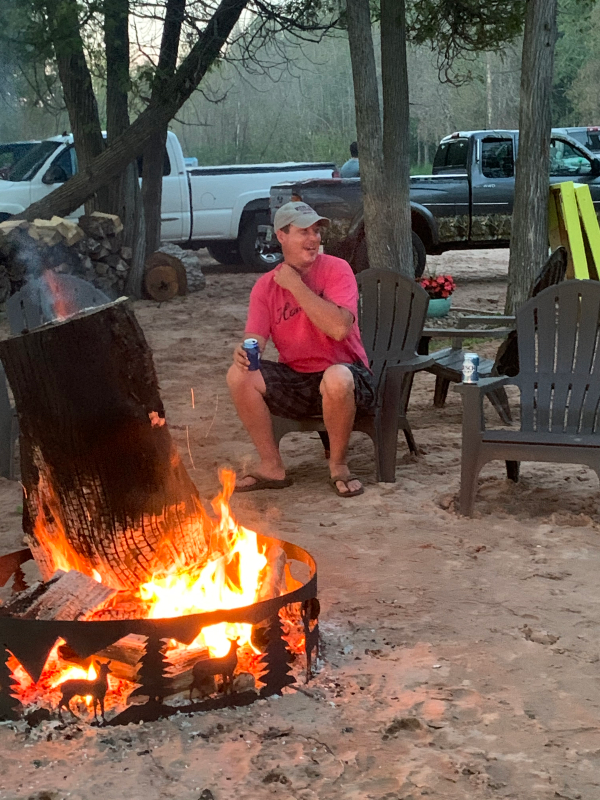 By dinnertime post-parade my sister had had a conversation with the surgeon, the charge nurse, our aunt, and our father (who told her that was planning to go to work on Monday - she set him right). With everything squared away we made a plan to go to the "Tiki Bar" for some social distanced celebration and a good old home made fireworks display. As Russell was tired and didn't need more socializing with the locals he decided to stay back and doggie sit Charlotte (who is not a fan of fireworks) and have a quiet night. 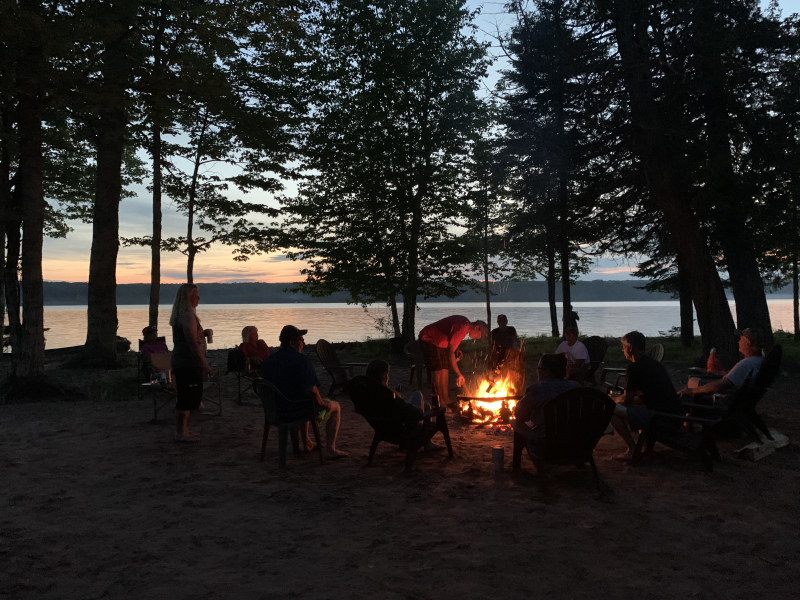 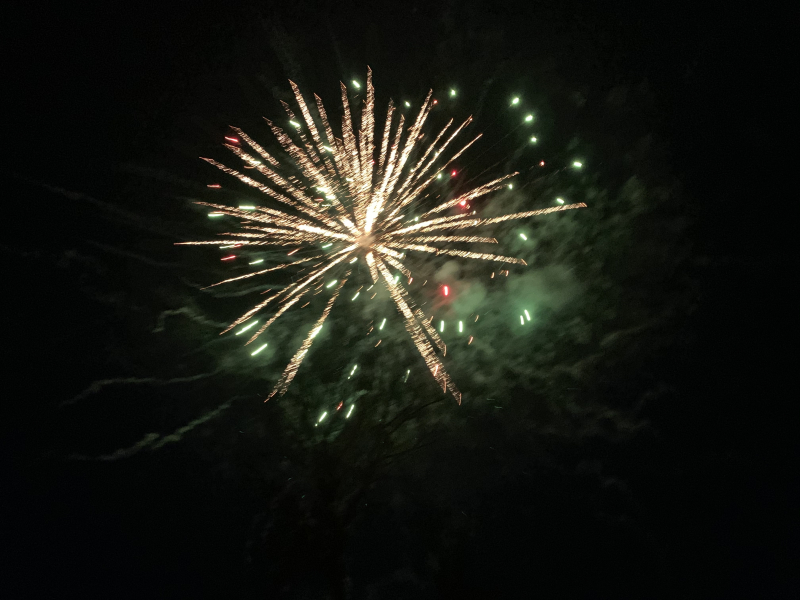 The fireworks did not disappoint, nor did the sunset. 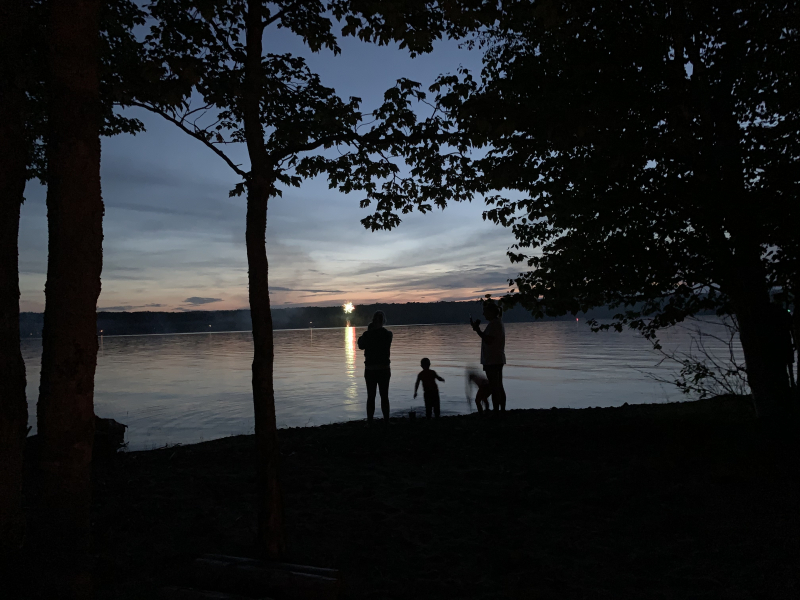 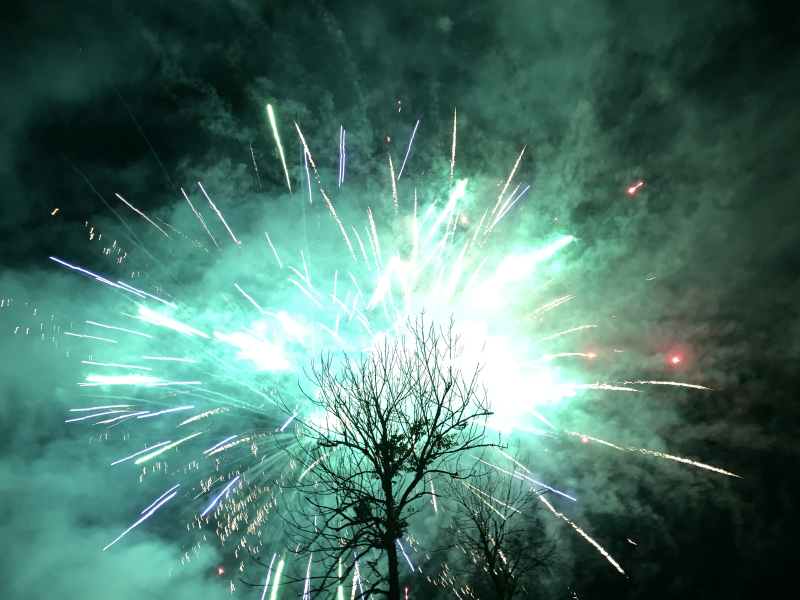 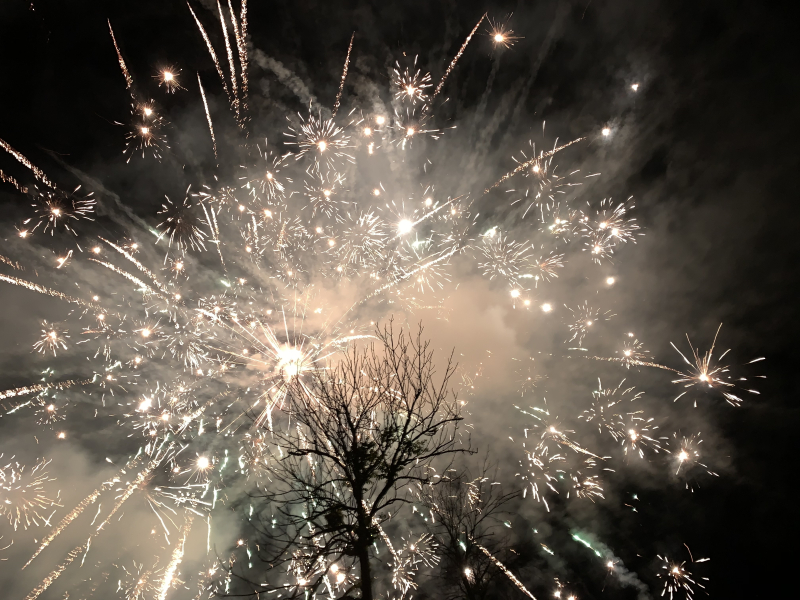