A Last Day at the Beach and Shirley Heights Sunday Night

We woke up on Sunday to the resounding reality that it was our last day on the island - our paradise adventure was coming to a close. There was a choice to make, spend it traveling to take in more history at the historic harbour (a multi-hour bus journey) or to just chill out and relax on the beach.  We chose a final day of beach relaxation fun, because when would we be near such blue water ever again. 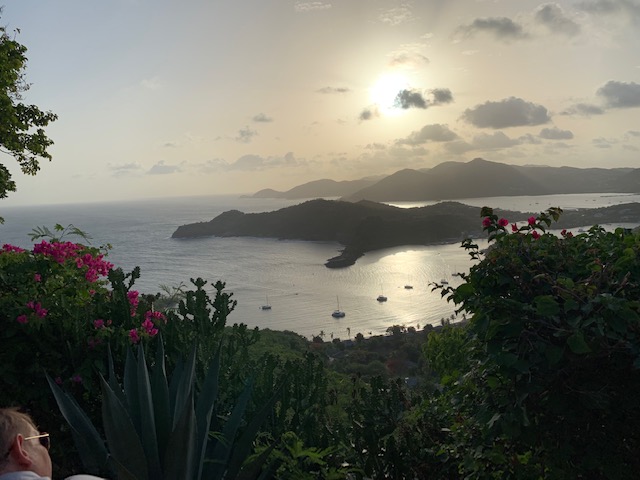 We tried a new beach, further down the way, that was highly recommended, and it was completely empty - except for us and the people working the restaurant. Which was great, because they walked up to us as we starred at the blue water, and brought us beverages and food, and helped us move our chairs out into the shade. 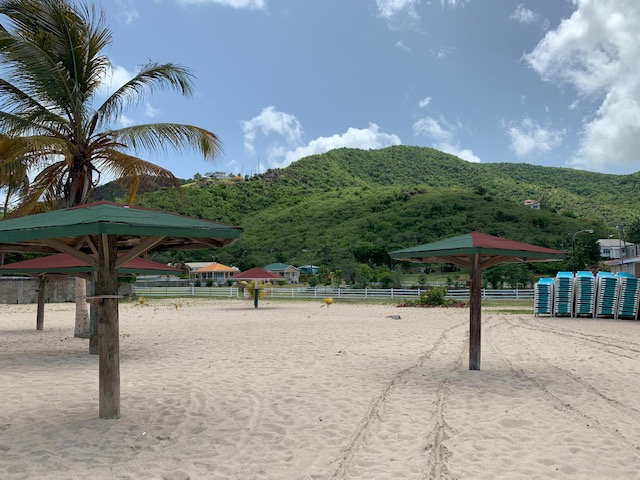 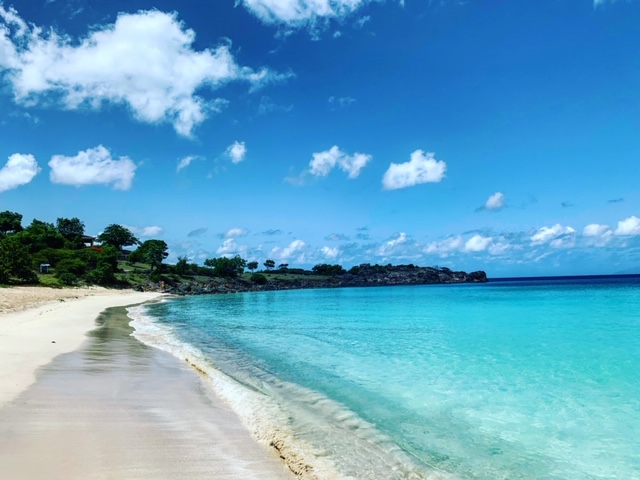 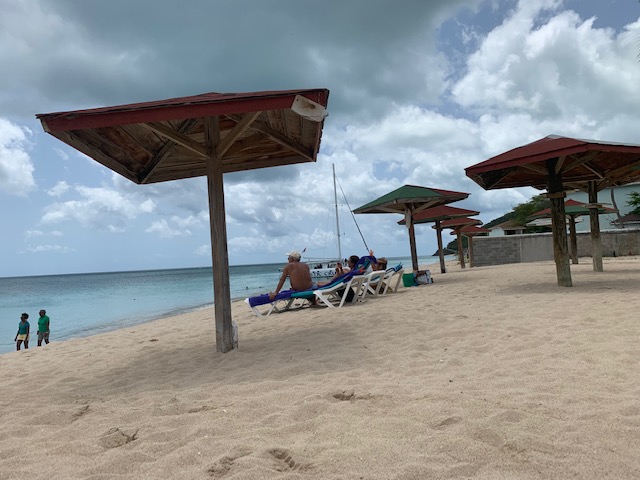 We hugged palm trees, we watched a party boat come and go, and I ate lobster again, for the final chapter of our beach adventure. 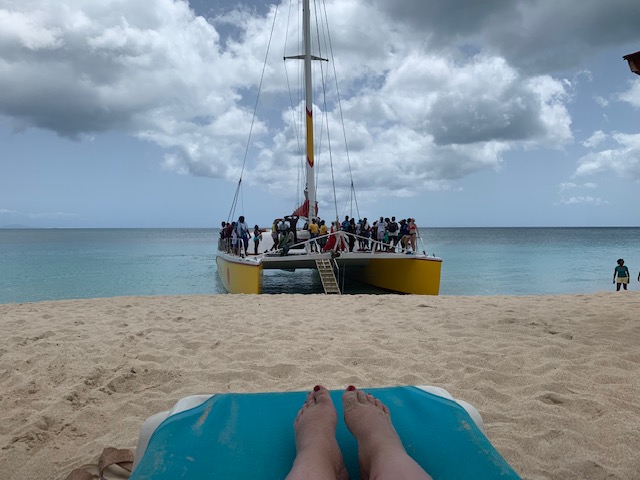 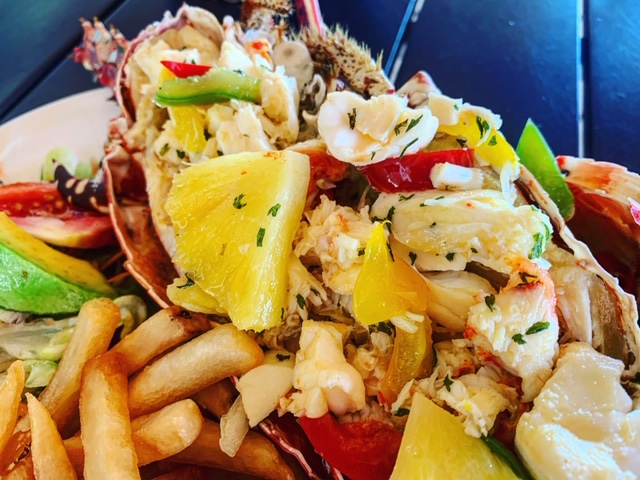 Then after a few hours of chillaxing we said goodbye to the water, to the beach, to the lobster, and hello to sunburn appearing on our skin where we didn't quite get the right amount of sunscreen. We returned to the hotel and asked about attending the Sunday night party up in Shirley Heights, and got some news that there wouldn't be a hotel shuttle. So we tried one of the cards from drivers we collected earlier in the week and hit gold. 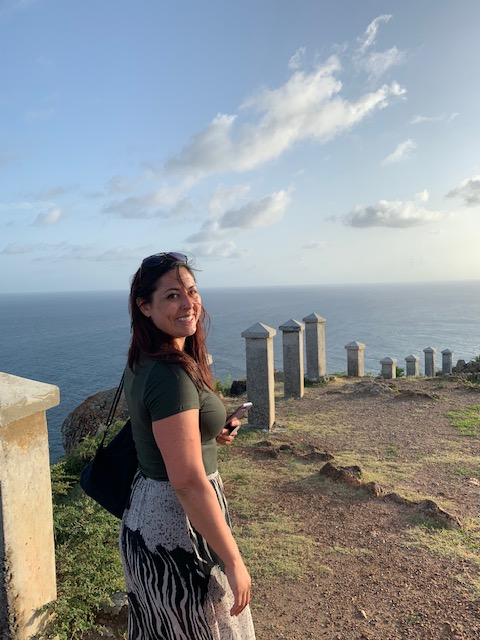 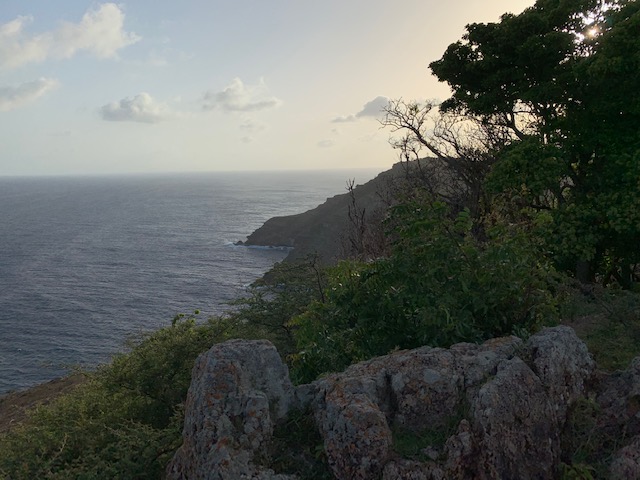 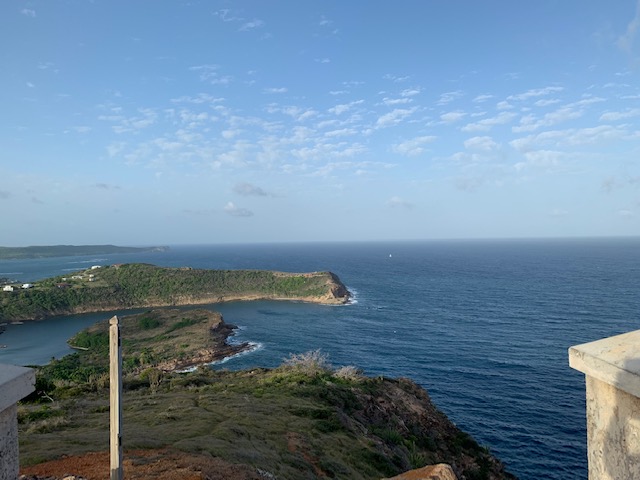 Shirley Heights was not nearby It was an hour long drive at least. But we got one little stop off first to see a fort and for our driver to point out Sir Eric Clapton's giant house on a rock overlooking the ocean. It was not a small compound, but it was definitely a compound, making the wealth I thought I saw earlier in the week, pale in comparison. (see the photo directly above) 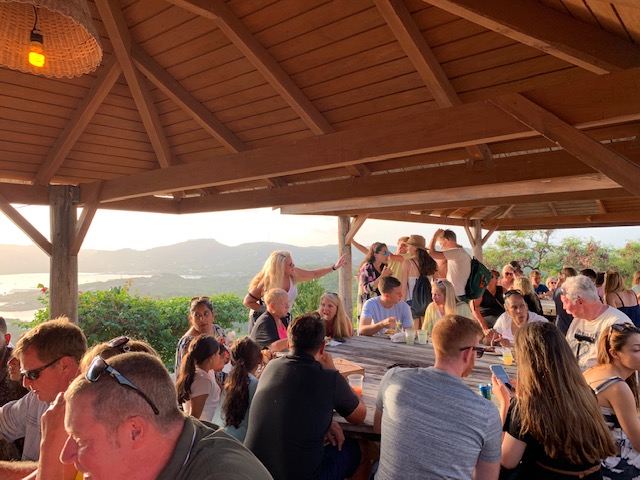 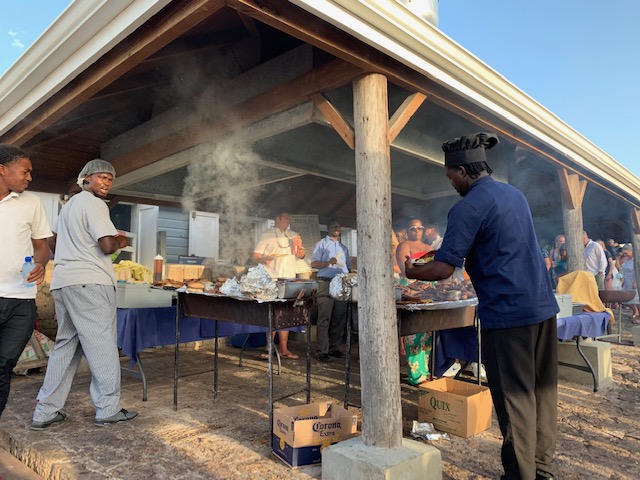 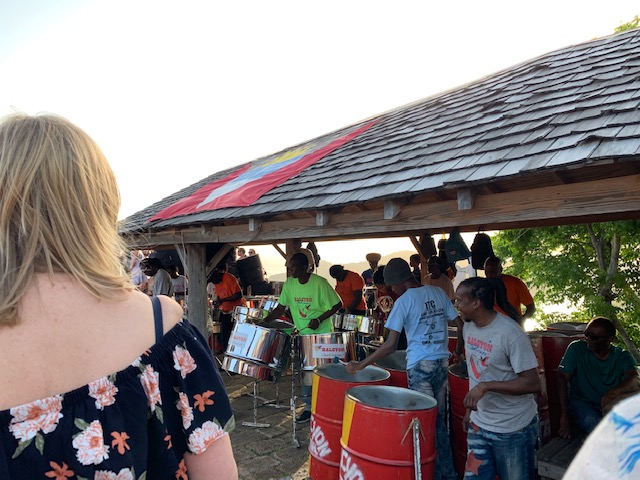 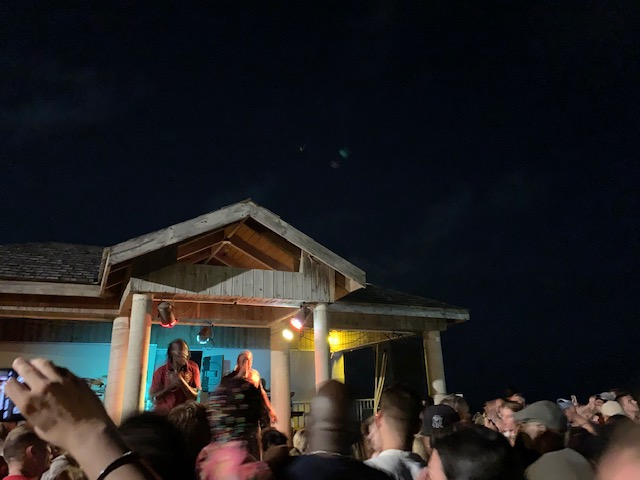 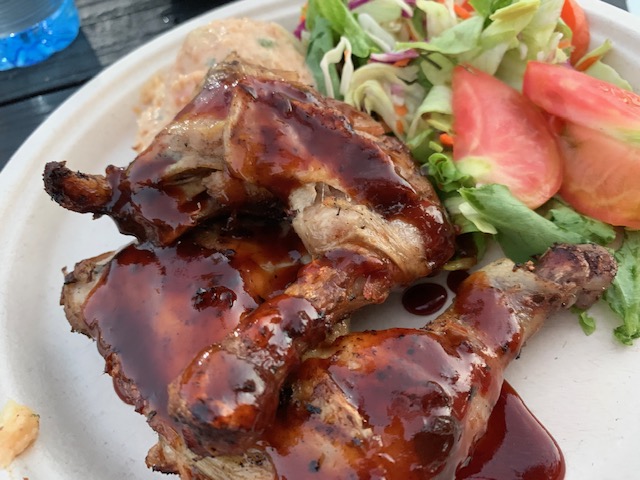 At the party we witnessed the entire island dressed up and enjoying BBQ, live bands, and a sunset. Locals and tourists alike were all crammed together among the ruins of an old fort. There was a steel drum band and a live reggae group that did cover after cover of the tunes you knew (I don't why it surprised me that is was a cover band, but it did), as people danced and drank and danced some more. Our driver even had a couple dances with us and everyone around until the hour got late and my feet got tired and we decided it was time to leave before anything got crazy.

Just for fun, on the way home, we got a flat tire and had to watch our driver struggle to get it on and off again. He was not happy. We were amazed by the speed that people just drove buy us in the dark on the narrow road without stopping to help. We sat being eaten by mosquitoes until it was taken care of (we offered assistance, and were allowed to hold the flashlight, but other than that were useless to resolve the situation with anything other than positive thinking). 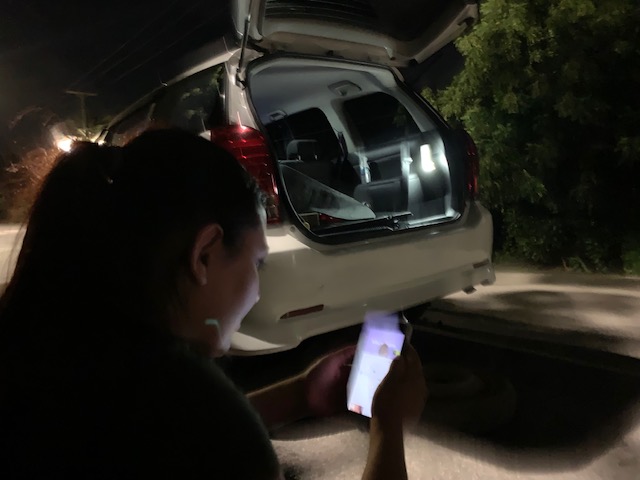 Finally we made it home and we gathered ourselves together for one final night with the door open and the mosquito netting on - our nightly ritual of air conditioning the outside and listening to the frogs and crickets. Life in the tropics. It was an experience.