The 4th of July Yooper Style

In the tiny community of Skanee and Aura, Upper Peninsula Michigan there is not a lot going on most of the year besides snow and wild life- nor are there a lot of human visitors.  But for the week and weekend of the 4th of July, friends, relatives, and outdoorsie vacationers all come running into the region to enjoy high summer in God's Country. 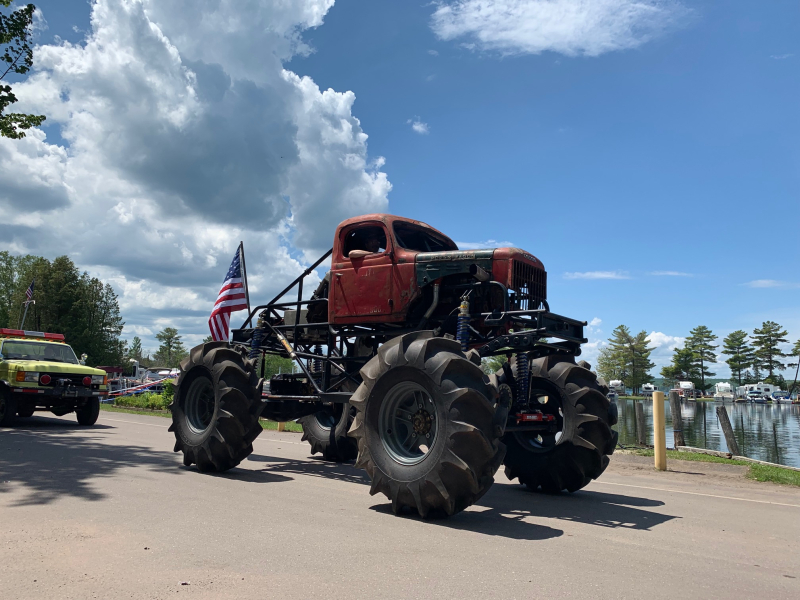 Unlike past years where I either arrived a day or two after, or came a few days before, this time I arrived right smack on the 4th of July. Technically, one hour before, but who is counting. With very little sleep from my arrival through the woods the night before I found myself at the crescendo of a week long party - filled with small children, bacon, and other family friendly activities all around me at 7am in the morning. 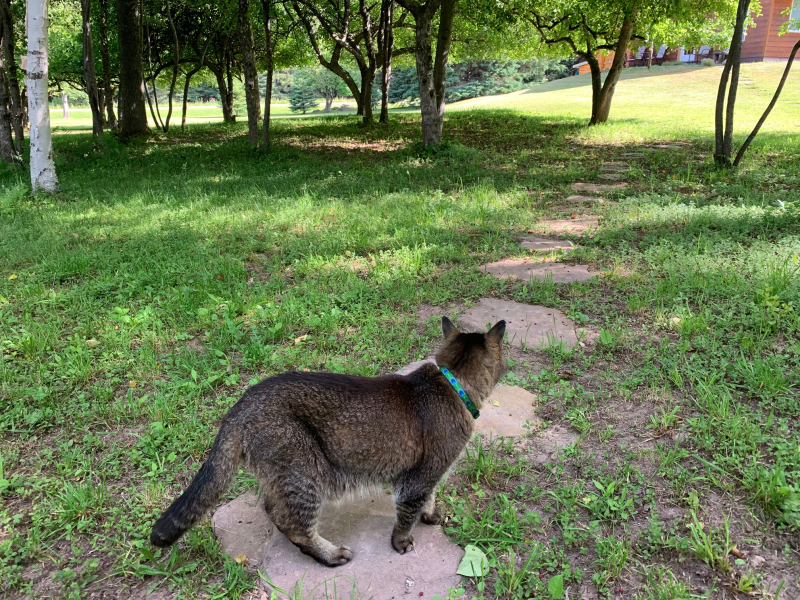 I received the grand tour of property and cabin upgrades led by Mom and Morpheus the cat, followed by even more people arriving bearing an entire cartload of four wheelers, and camping gear to set-up home in the yard. 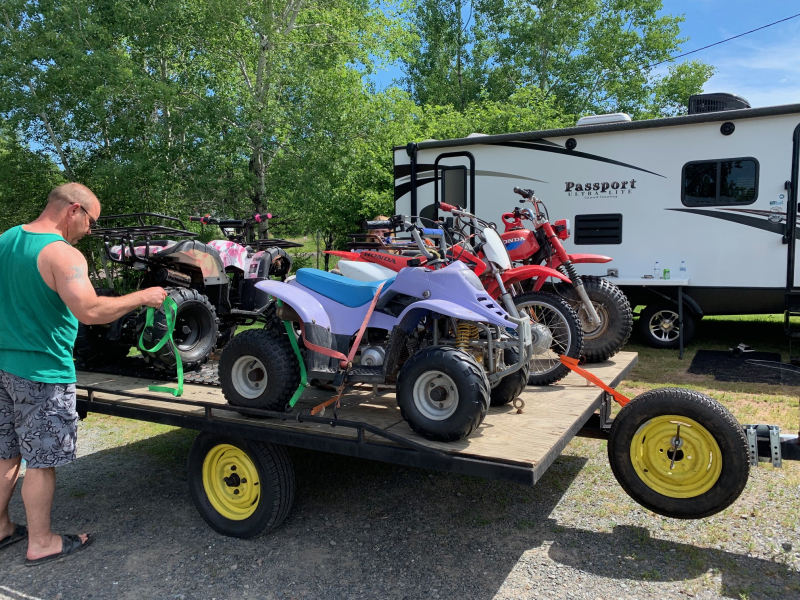 As everything was already rolling for the festivities, I simply said, "I will go with the flow," and said flow started with a parade at the local marina.  "They are trying to bring it back." I was told about the parade. So when we arrived at Witz's Marina I was surprised to find dozens of people putting up their lawn chairs along the road a couple hours early. It was the most people I had ever seen in one place in the Upper Peninsula. 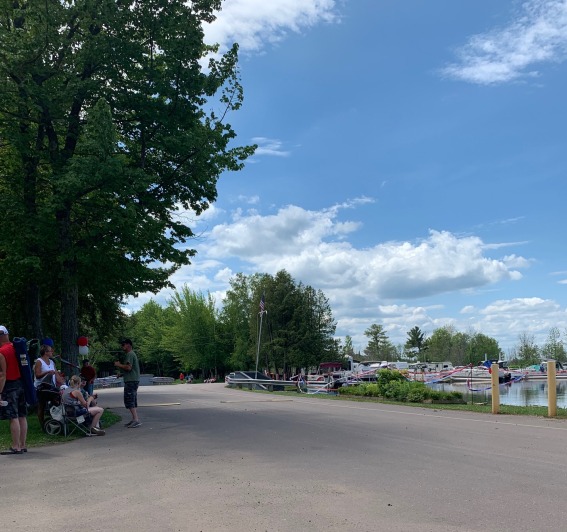 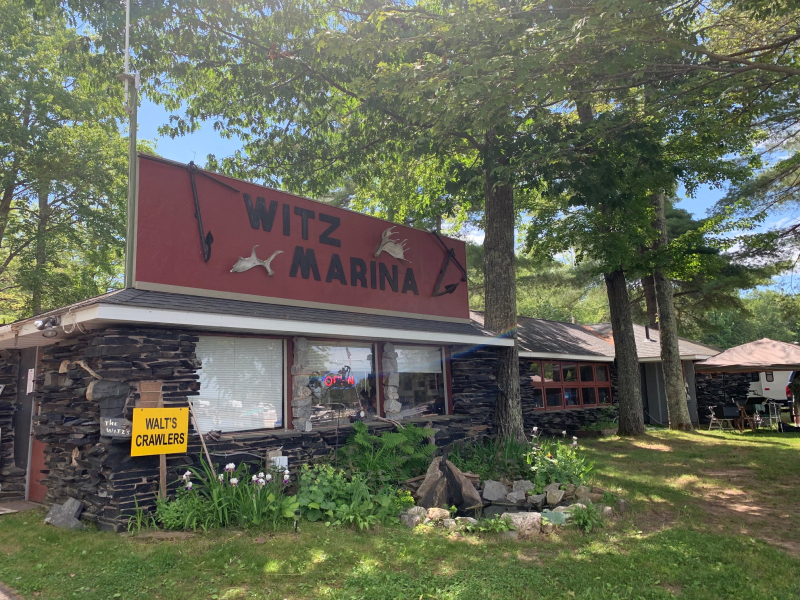 As there was time before the parade my mother and I went for a walk down the beach to the lighthouse. Come to find out, with the water levels rising in Lake Superior, there was no beach, so we put our land shoes under our arms and trudged through the water to the lighthouse.  Turns out there isn't actually a lighthouse, its a tiny windmill with a light kinda thing.  But I took some pictures anyway as it was a beautiful Lake Superior setting I could post on Instagram. 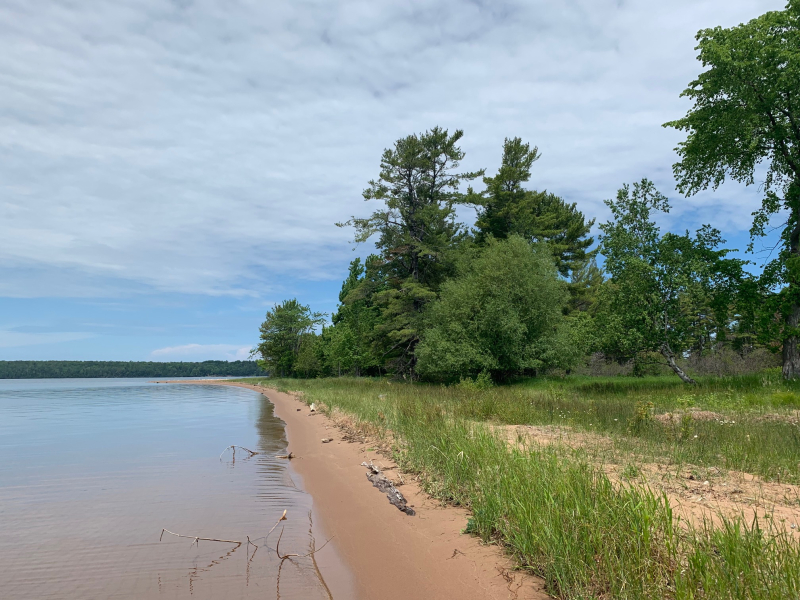 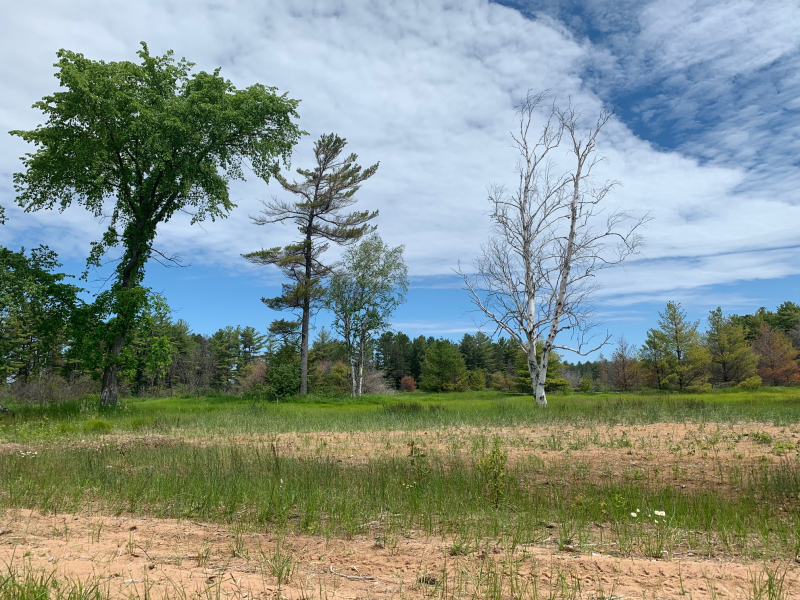 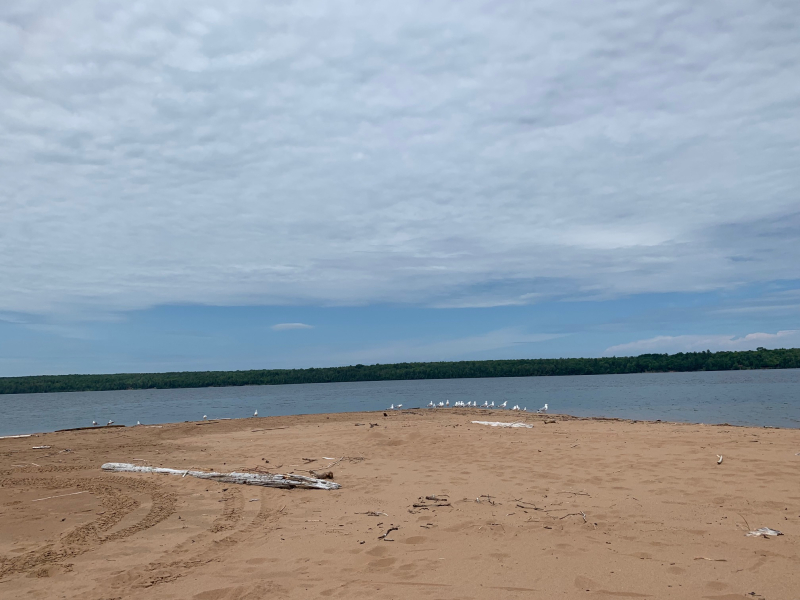 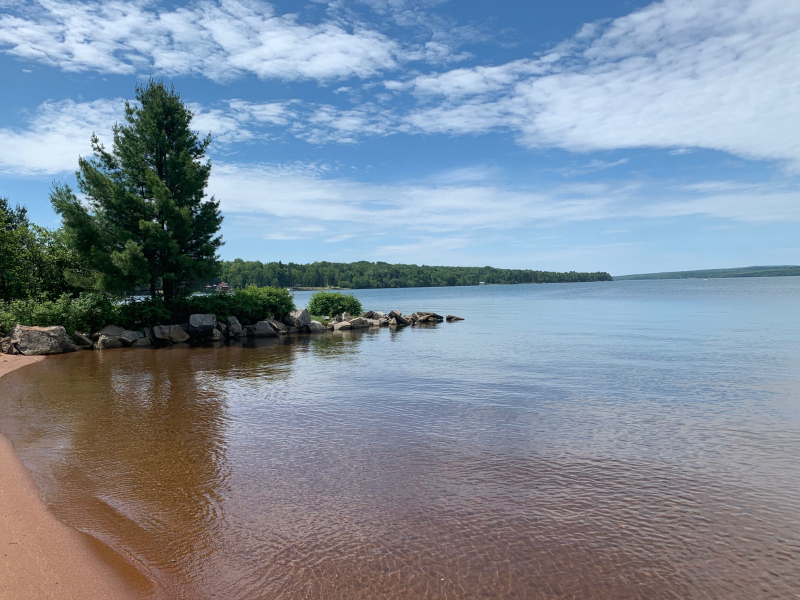 After hiking back through the water on the not beach from the non-lighthouse site, I realized I had only one shoe under my arm. So we went back along the same exact way through the water, this time looking for my red, white and blue flip flop in the water with no luck. It simply disappeared, or floated out to sea, was eaten by a pike, or went to the mystery realms where orphaned shoes go.  It was simply gone, and we got a great workout going up and down the shoreline 4 times in total. We made it back just in time to get my extra shoes out of the car, check out the marina store and settle into some lawn chairs at the front row of the parade. 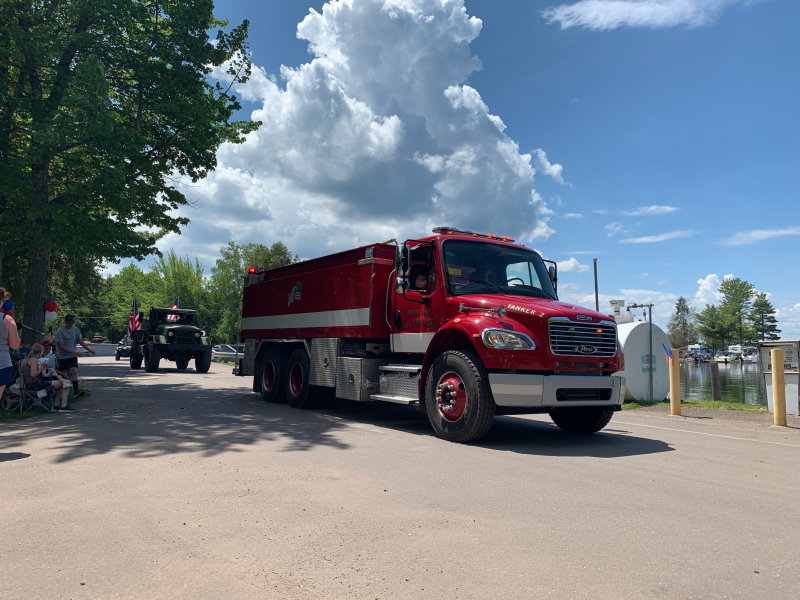 The parade started with a very large emergency vehicle slowly moving past us with people throwing candy. The 5 children in the audience went wild, as did some of the retirees and elderly for the sugar being flung all over the ground. 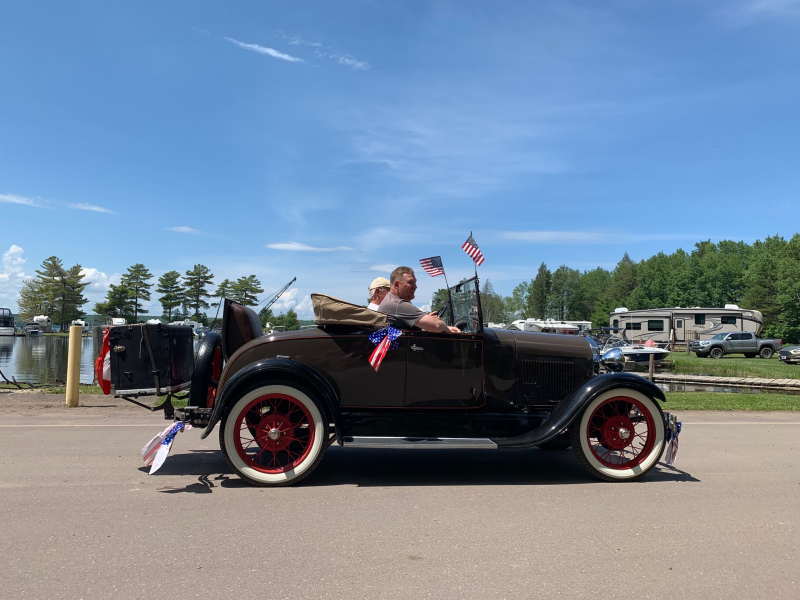 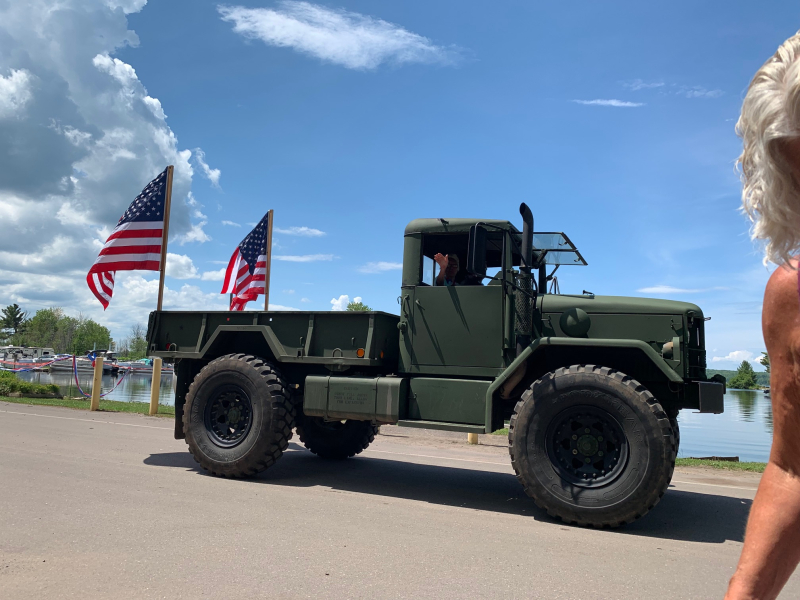 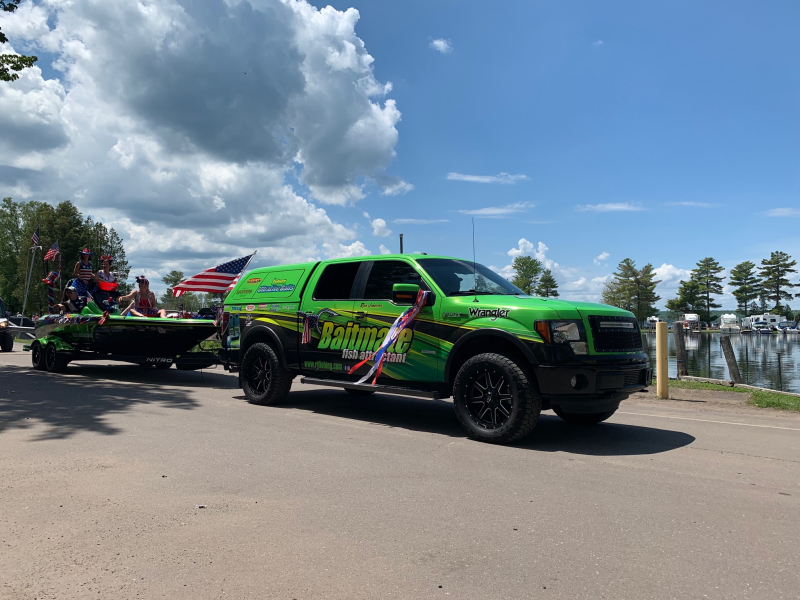 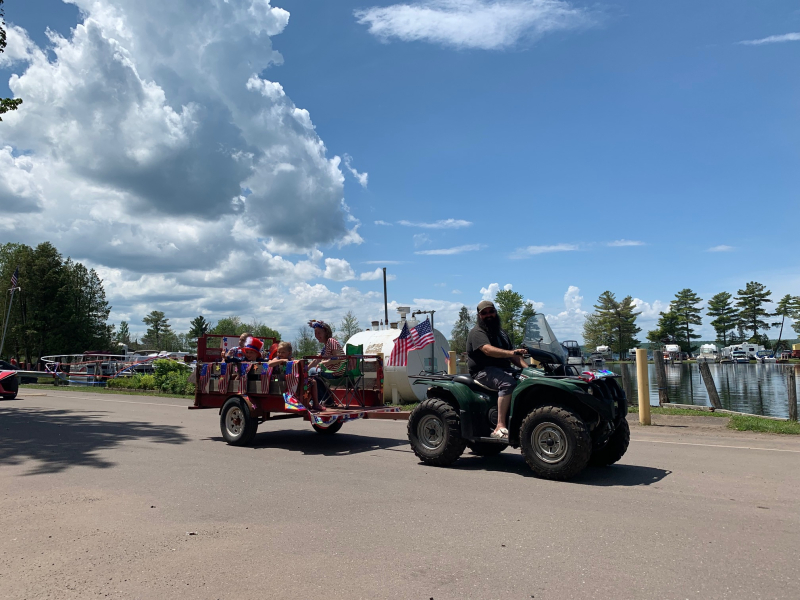 There was even a pony or two. 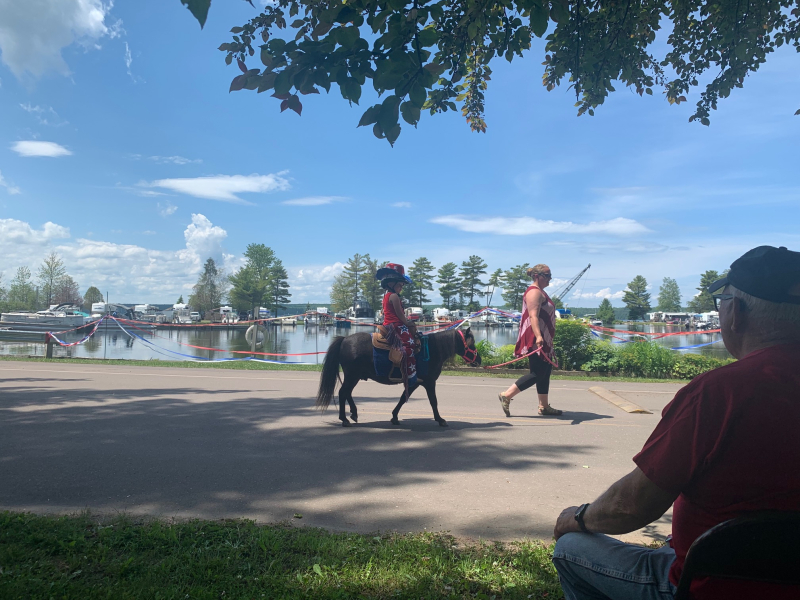 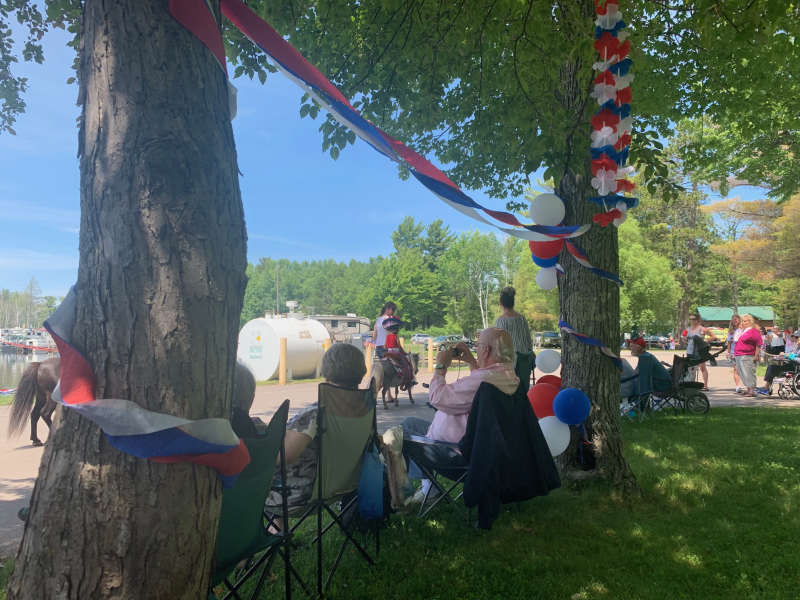 It was a homegrown parade featuring the people and things important to a small community (and many, many local volunteer fire departments). When locals were interviewed, I got varying answers about why the parade went away or came back - more importantly it happened that day along with the giant community potluck. I took no pictures of the potluck or the line that stretched from the marina garage for over an hour devouring the chicken, ham and various forms of starch and sugar that were there along with it. 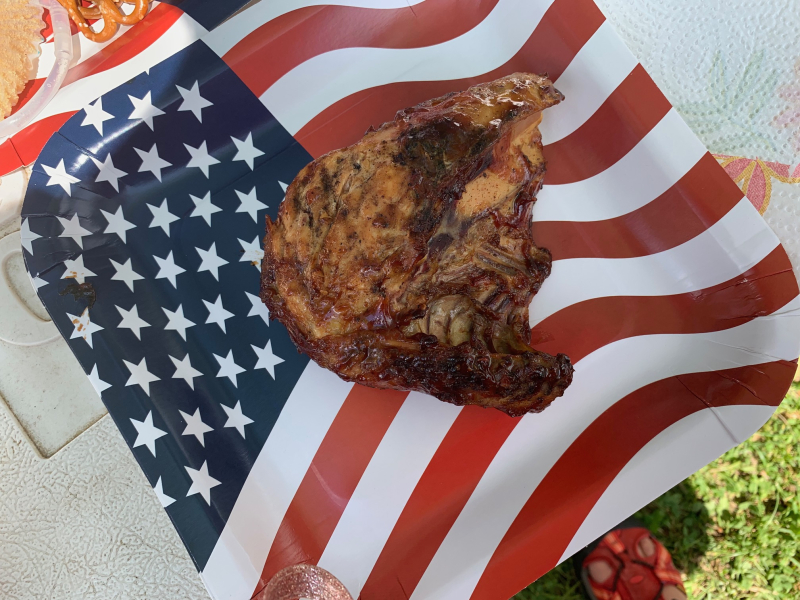 I did manage to snag a piece of chicken on the most patriotic plate ever. And later, after the line went away, I went through and tried to find salad - shockingly, those things resembling salad were left untouched where the platters of meat disappeared. As far as actual vegetable, I managed to find some cucumbers soaked in vinegar and dill, and I picked some broccoli out of a pasta salad. After the potluck the larger party regrouped at the cabin, picking up stragglers, replenishing the cooler, adding layers and bug spray - and then headed to the Tiki bar to hang out until the homemade fireworks display put on by my brother-in-law.

The Tiki bar is a private beach and fun facility built by an uncle of a cousin of a person down the street. As foreigners to Yooper country my clan is lucky to have access to this special place that resembles something straight out of the Caribbean, but definitely isn't. And as we arrived it started to rain. 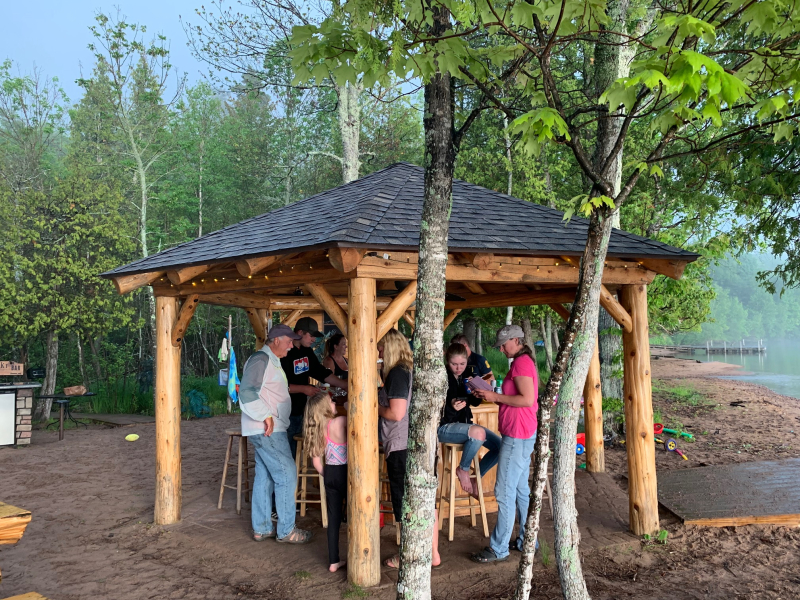 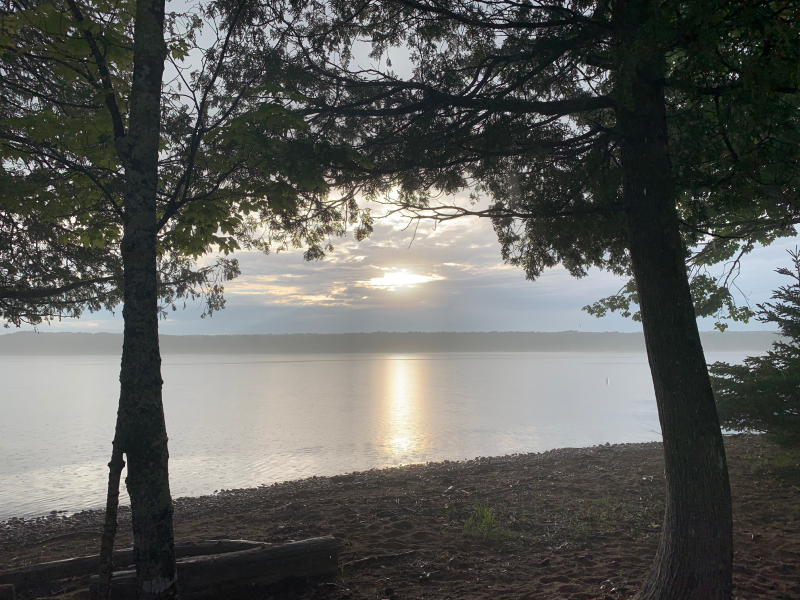 But eventually the sun poked out from the clouds to give us a 9pm sunset over the lake, and played with the portrait function on my new iPhone to my mother's concern. 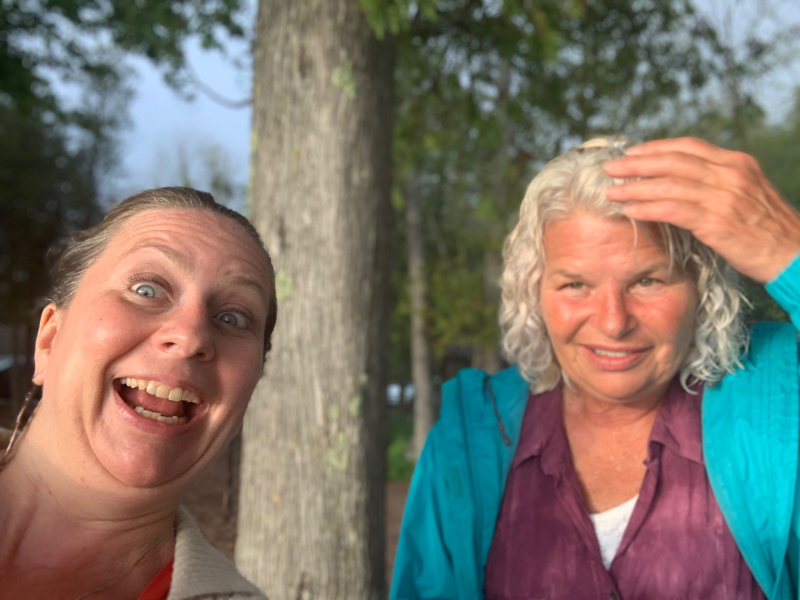 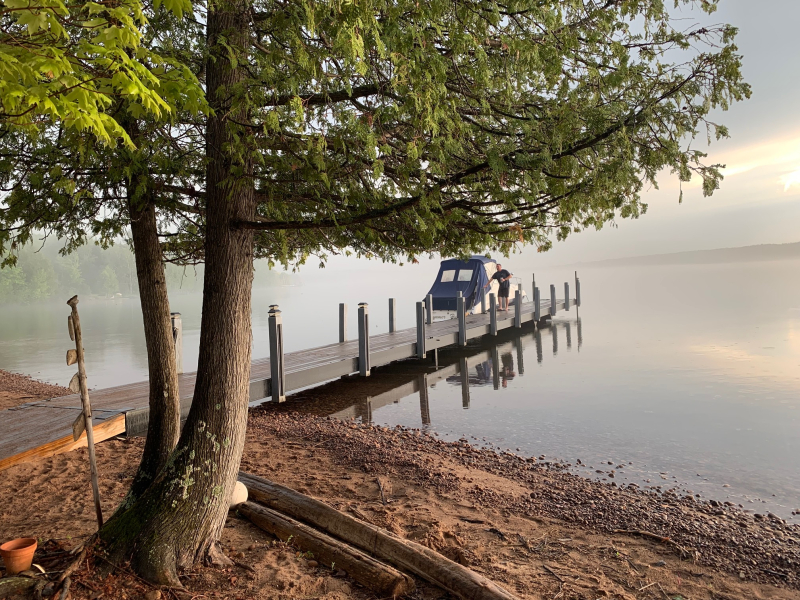 Two hours later when the darkness finally fell, the patriarch of the fireworks still had not arrived so my brother-in-law, the back-up/apprentice/main guy to prepare the fireworks most years now when he is in the area, took matters into his own hand.  At the same time swarm of mosquitoes rose for the earth and a cabin caught fire across the lake - so our car loaded up and headed out and missed the display.  The sea of mosquitoes two feet thick in the fog along the road, however, was quite a sight to be seen.

Posted at 07:32 AM in Upper Peninsula Michigan | Permalink | 0 comments