From Savannah to Atlanta to Visit the King Center

So on the first two days of our vacation in Georgia we were staying a literal stone's throw away from the national park known as The King Center in Atlanta, but we didn't go there. We thought we could do it on Tuesday, but between the CDC and the Carter Center we used up the whole day of museum hours. So we had to rush out the door on Sunday morning to make the 4 hour drive from Savannah back to Atlanta to make it back in time to actually see the King Center. Ironically, we were now staying out by the airport - but we didn't let this stop us. 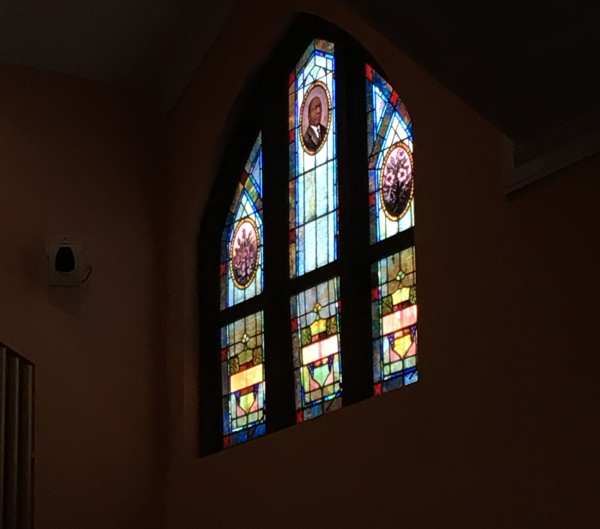 The King Center is the a portion of Atlanta that is designated as a historical district with preserved buildings having significance to the birthplace, childhood, and life of Martin Luther King Jr. Coretta, upon the death of King in 1968, made the first effort to have the Center created and the area around it preserved. President Jimmy Carter was the first of a series of Presidents to sign off on bills creating the National Park and expanding it. The most recent President to sign a bill expanding the reach of the park's border was President Donald Trump. No one can argue with Dr. King's mission of service to humanity. 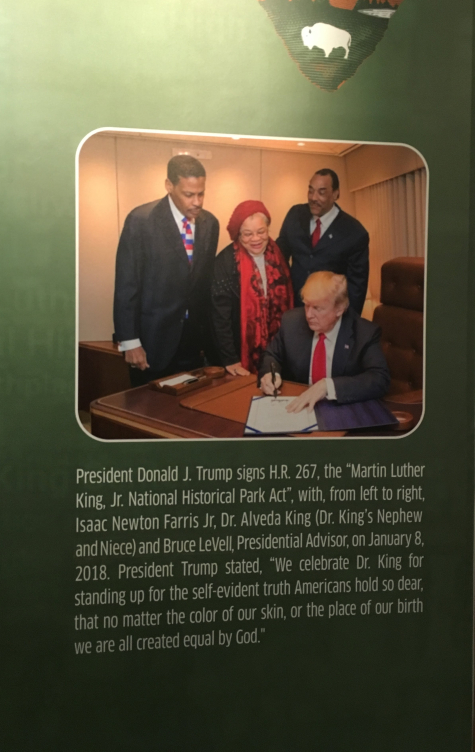 The King Center includes a Visitor's Center, a Peace Garden, statue, MLK's birth home, the Ebenezer Baptist Church, the tomb of Dr. King and his wife Coretta, and the Center itself covering the mission of non-violence set out by Dr. King's example. There is also the local firehouse and examples of historic houses of the 4th Ward at the time of King's life included in the boundaries of the park. We did not get back in time to get on a guided tour of his birth home - but we were able to cover the rest of the center successfully. 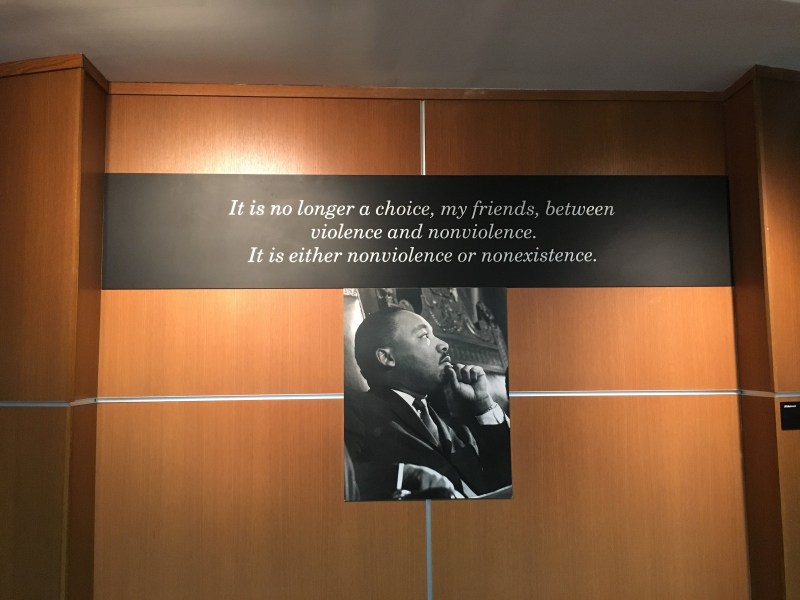 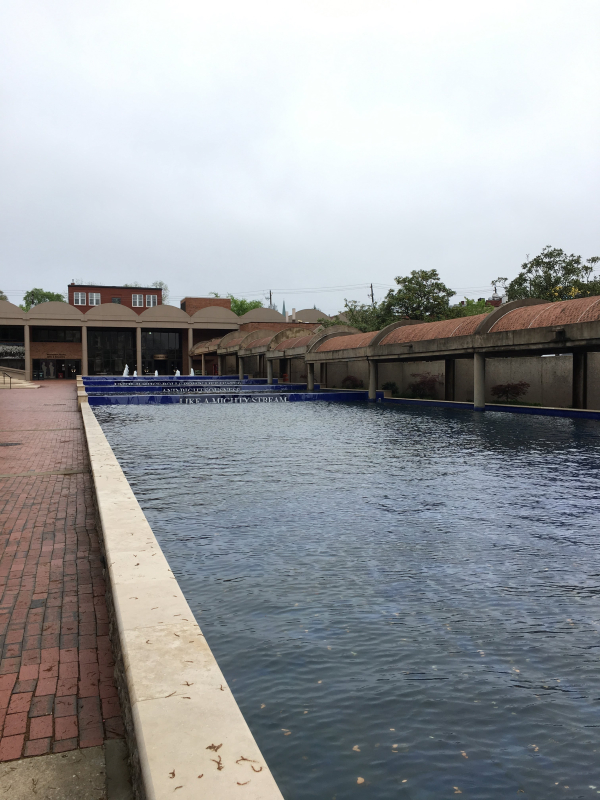 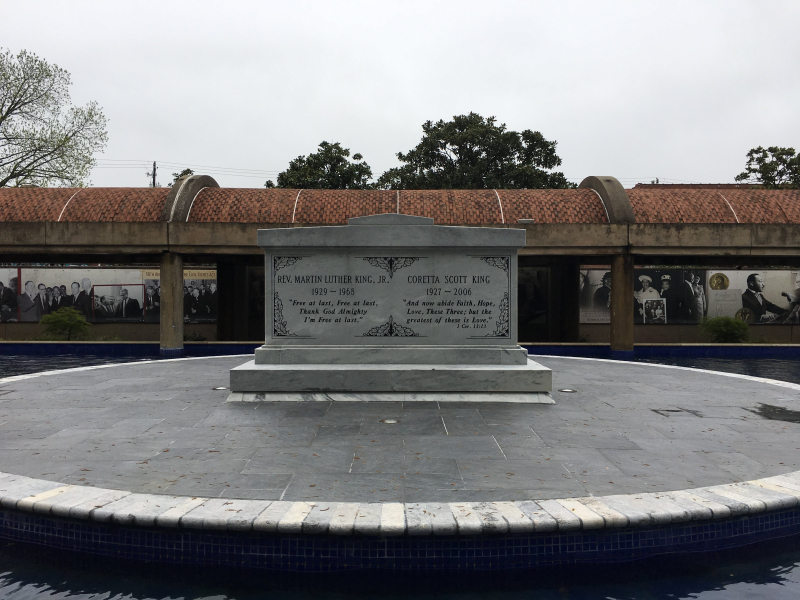 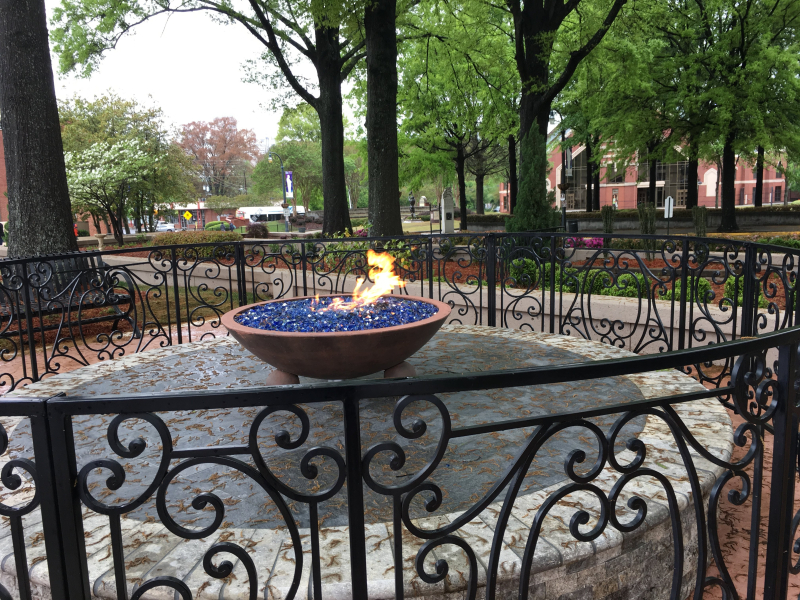 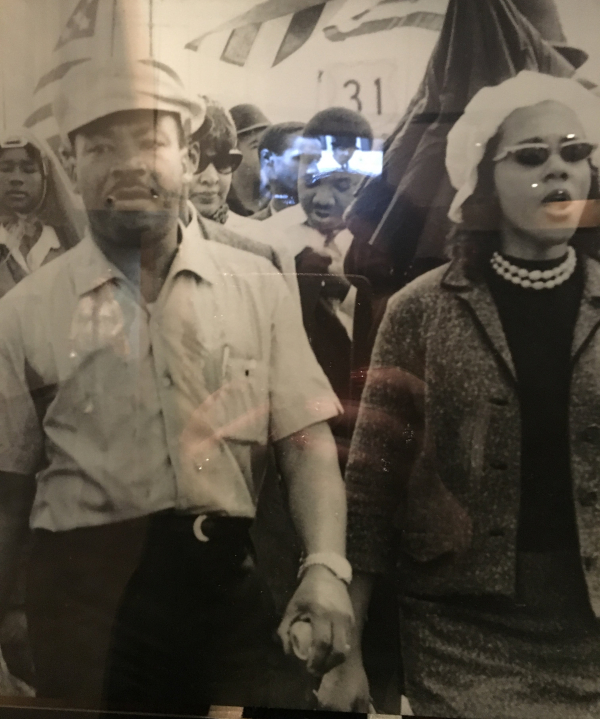 The Visitor's Center is filled with photos and historical documentation about the timeline of King's leadership and the changes his non-violent resistance organizing had and where. It also includes quite a bit of detail on his last days and the work he was trying to do to fight poverty and the Vietnam War right before his death. 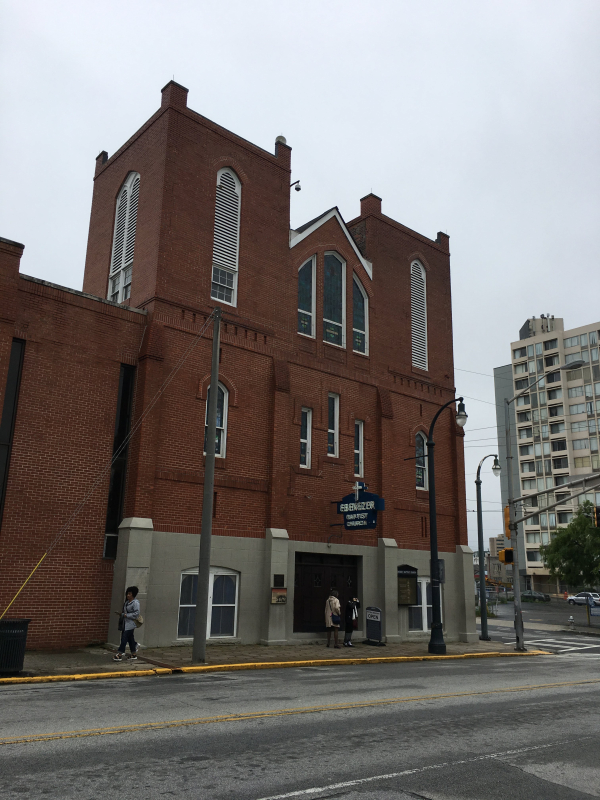 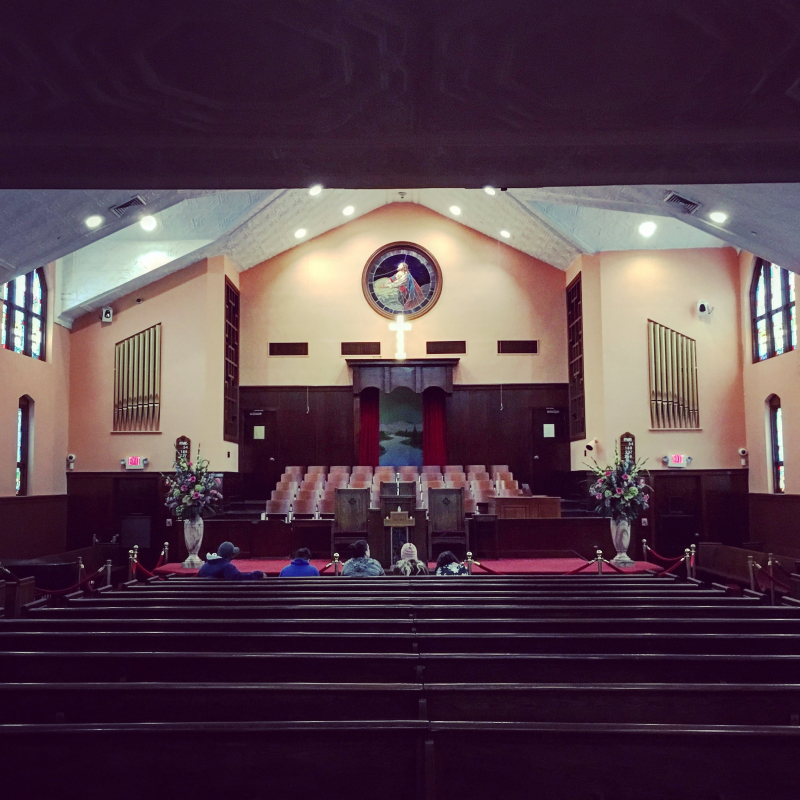 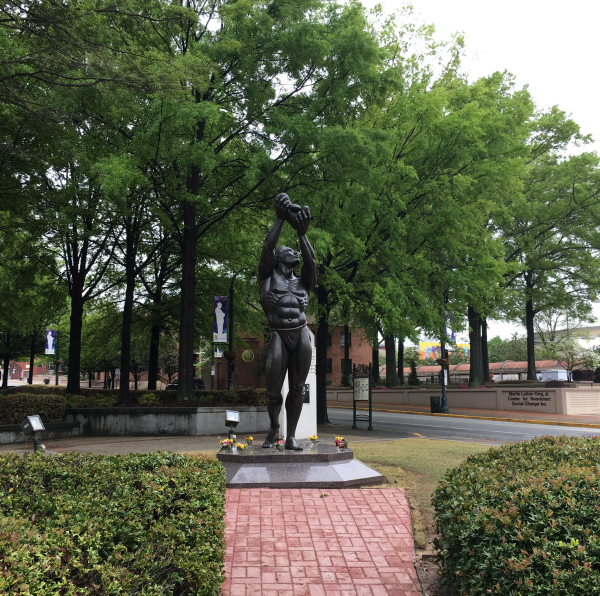 It was a good visit and worth the 4 hour drive with no stop for lunch. Which when it reached closing time at the Center the very first thing on our minds was food. We had no plans for dinner in Atlanta so I quickly Googled a few good places and we started our walk toward dinner. 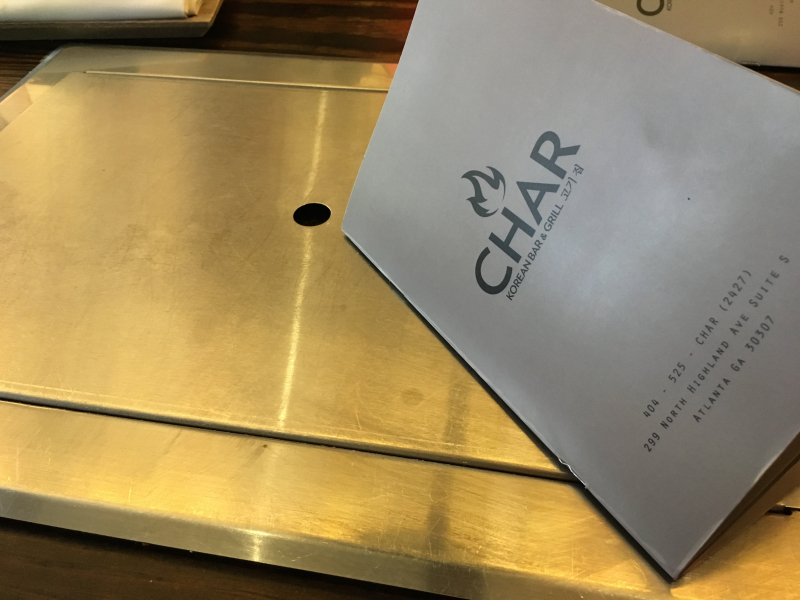 Next door to the place I found on the internet we found a Korean BBQ & Grill where you get to grill your meat yourself right at the table. 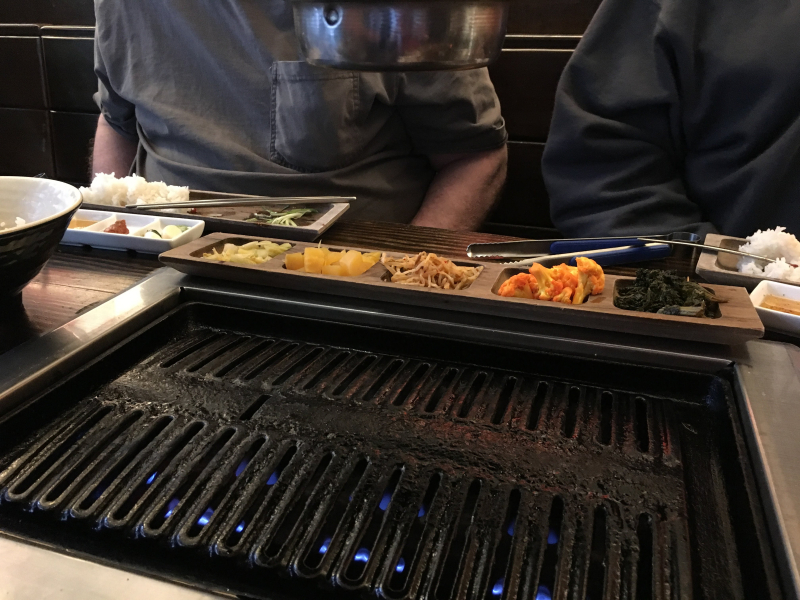 They also had lovely beverages and 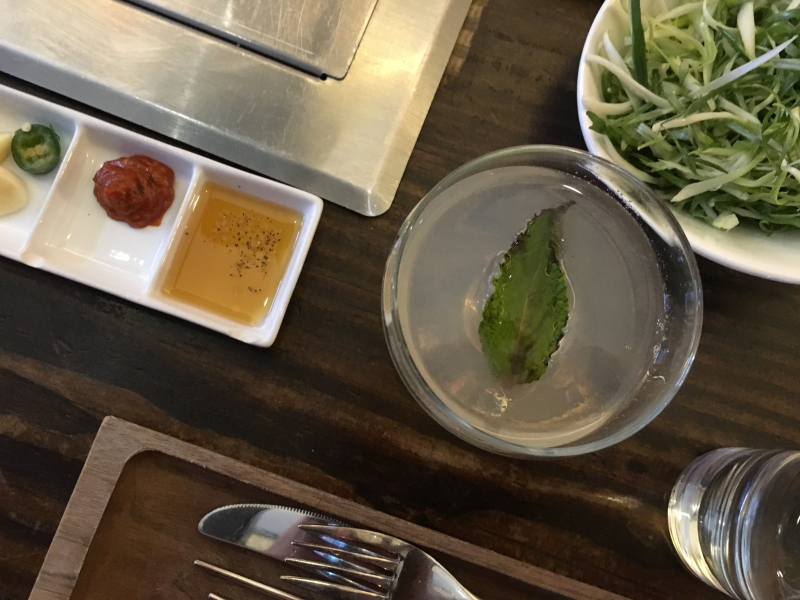 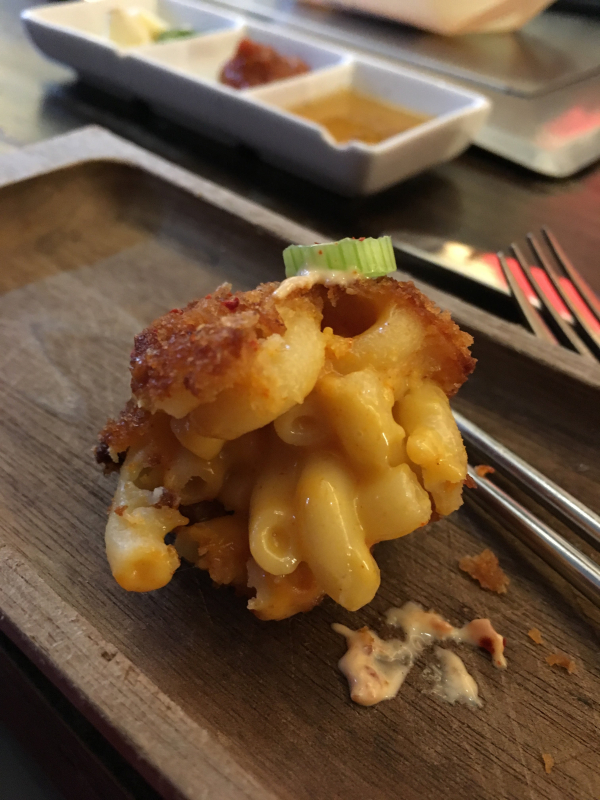 kimchi mac and cheese. We got the platter with all of the meat options. 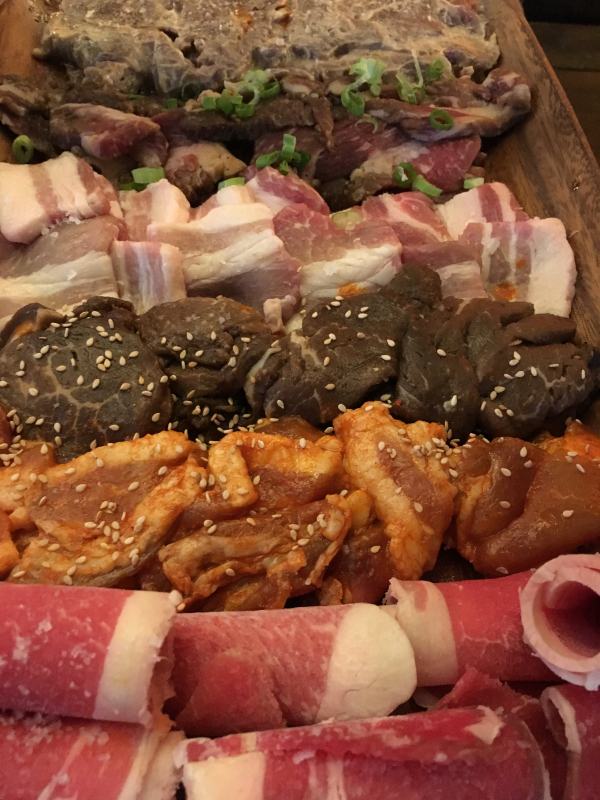 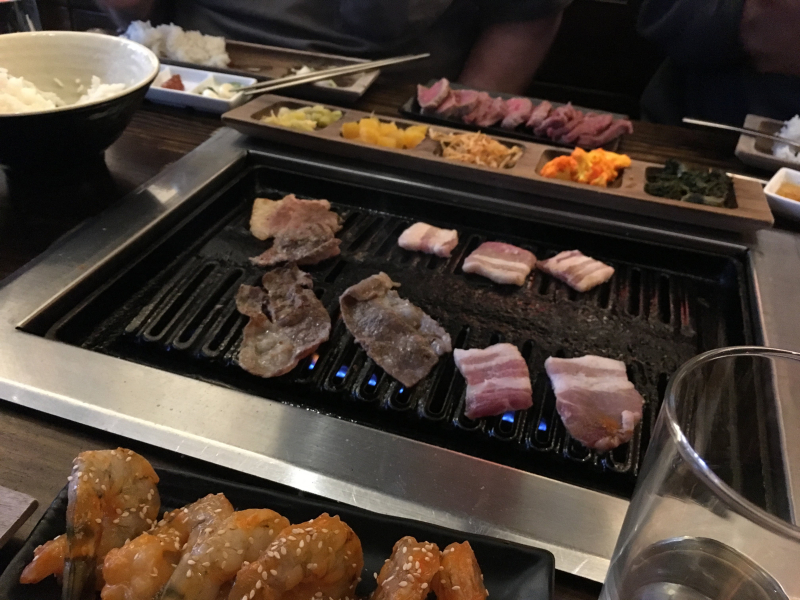 Piece by piece we cooked our way through the entire plate of beef, pork, shrimp and bison. We even took in a couple chicken wings for good measure. 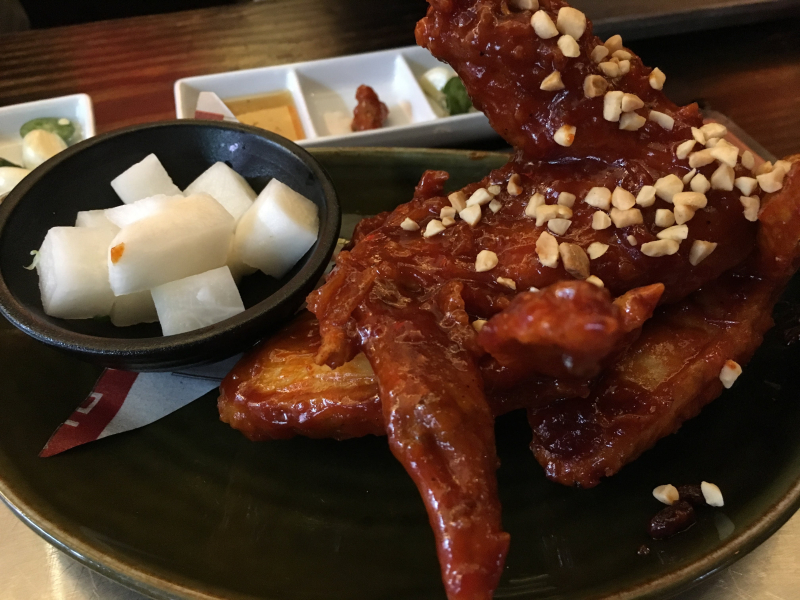 Last but not least we topped it all off with dessert, because what else follows a giant plate of meat but 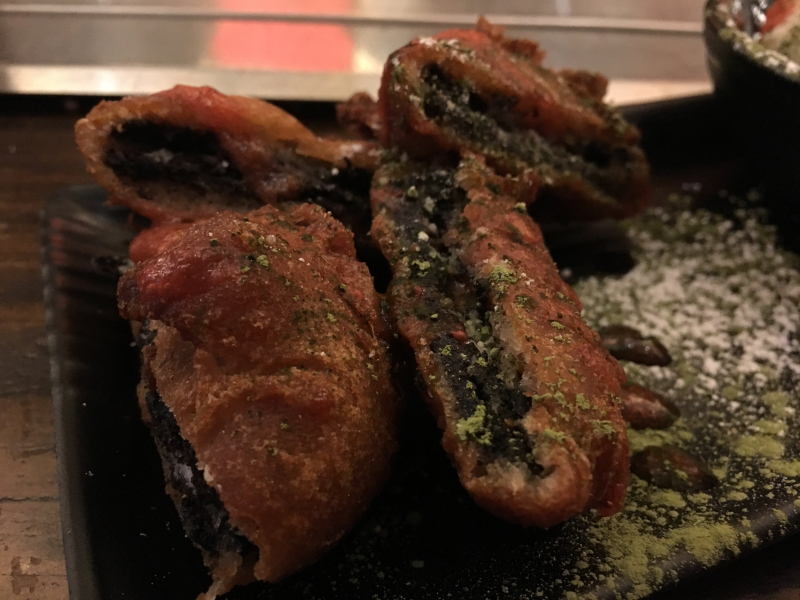 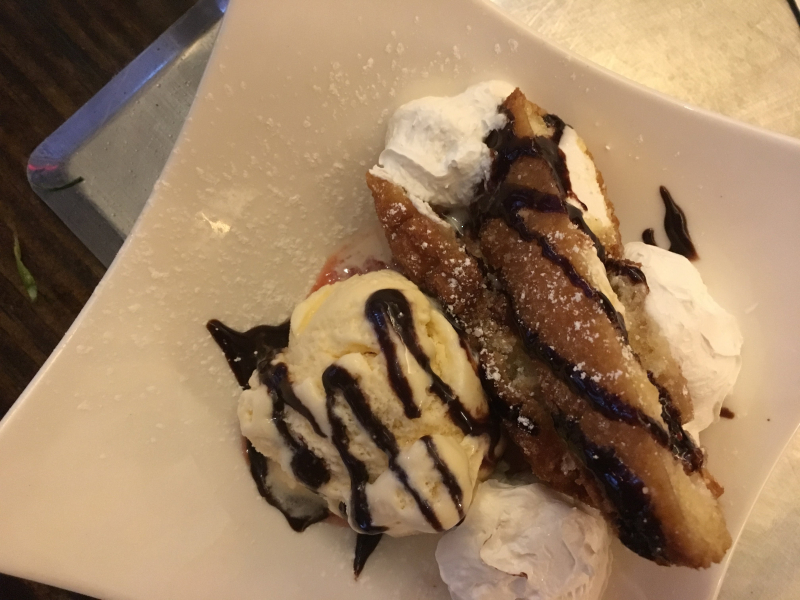 Why a Korean BBQ had deep fried oreos and twinkies as its dessert options will never be known but we took them in we great abandon. Almost like it was the last day of vacation. 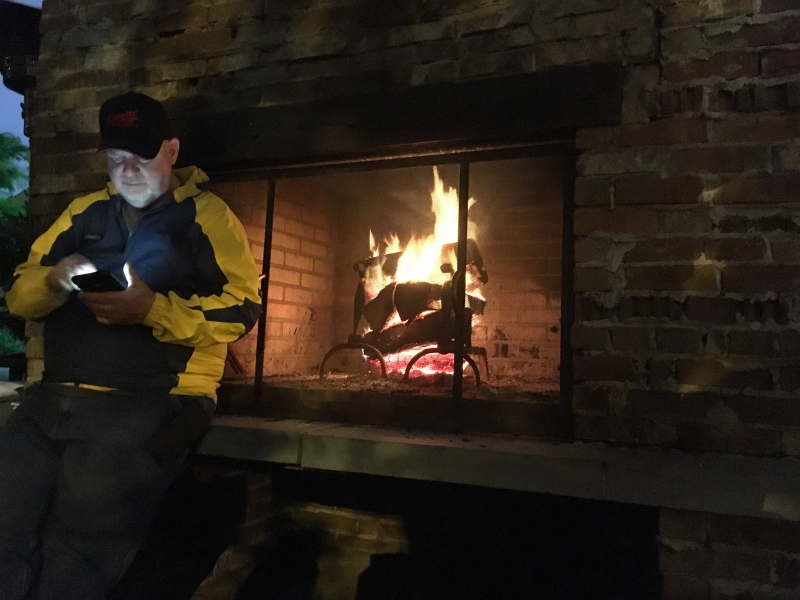 We sat around a fire at the bar down the street with a final round of drinks to mourn the end of our fun week and prep ourselves for a day of air travel back to respective homes and weather systems.