Monday the Day National Museums are Closed in Reykjavik

So its the day after the music festival and I am all ready to be focused on regular tourist activities like booking our tours for Tuesday and going to the National Museum and the National Gallery and well...er...oh, look at that - both museums are closed on Mondays. Funny, I should have spent Sunday planning Monday's excursions but that is now hindsight. 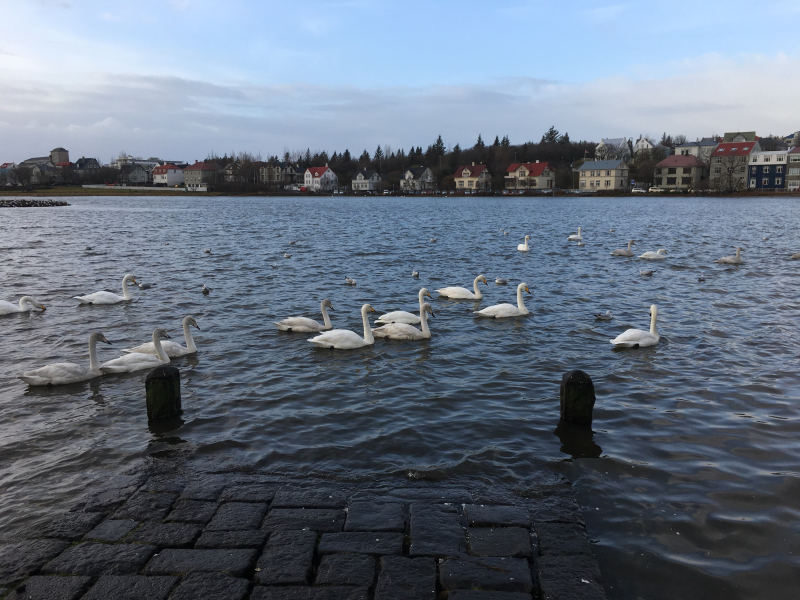 Monday can sometimes even find you when you are on vacation. But since I am on vacation the best possible scenario would be made of the situation of unmet expectations. First Shanon went to take care of her phone at the mall - and I went and got our rental car and Icelandic Horse experience booked. Then I took a walk by the pond to photograph the swans and geese. Magically, it was already time for lunch and I was finally going to get into the gastropub Public House right next door to my hotel after being rejected multiple times over the busy Airwaves music festival time frame. It was a lot of work to get some fish and chips - but I managed, and they were worth the multiple tries. By far the best cod fish I've had in a long time, fried to perfection with some darn good curly fries. 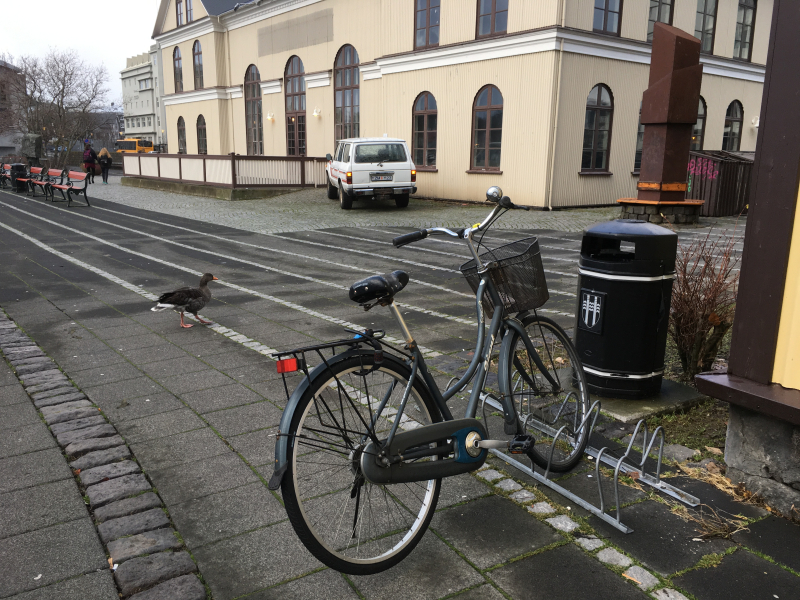 After lunch we headed for the museums that are open on Monday - the Settlement Exhibition and the Volcano House to learn about the vikings who were the first to settle in Iceland around the 870's and the volcanoes of Iceland. We also decided to stop by the Icelandic Punk Rock Museum a little later too. 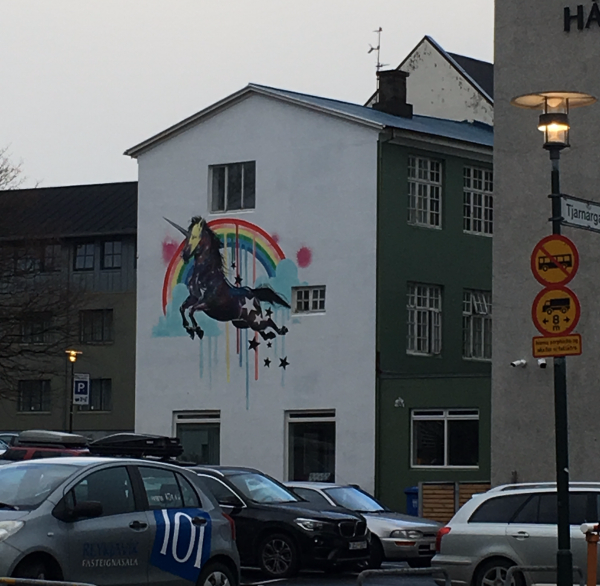 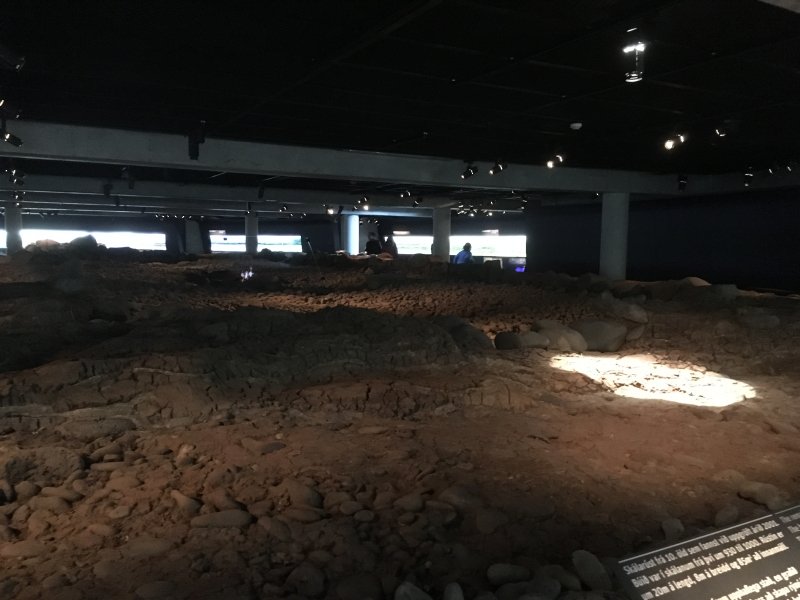 The Settlement Exhibit is an archaeological site underneath the city of Reykjavik with an exhibit surrounding it. This was the second time I've gone, but the first time for my friend. I focused in on the details I missed last time and new portions of the exhibit like an interactive table where they talk about the results of the archaeological excavation in relation to domestic life inside the long house. My favorite fact of the day was about the storage of butter in sheep stomachs. Apparently, the butter in sheep stomachs would sour and be able to keep for years under a layer of mold. Cultured butter before it was cool.

I took no pictures at the Volcano House because it turns out it is just a set of two documentaries about the 1973 eruption and other facts related to the eruptions of the last two decades on Iceland.  You can touch a bunch of volcanic rock and put your hand into different types of volcanic ash. I put my hand in all the ash and made a mess of myself. 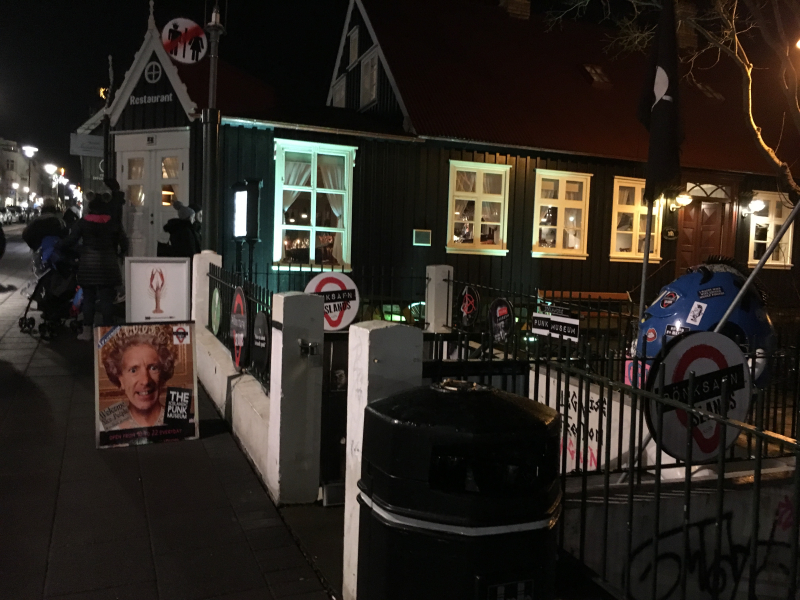 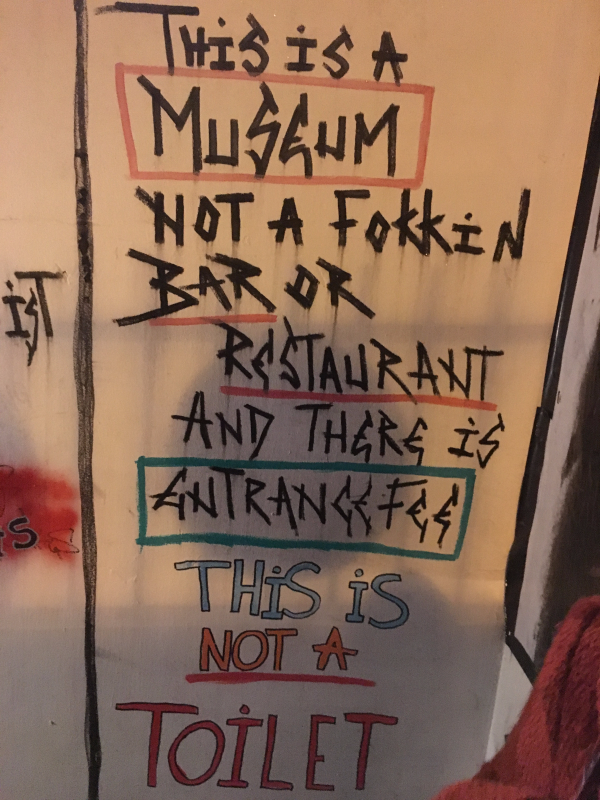 We were ready for the Punk Rock Museum of Reykjavik now. Found in the location of a former city bathroom - it is a tribute to punk rock through the ages of Iceland. Including a whole section of history before punk music actually happened, noting that punk rock had not happened yet. It is made up of a series of little written vignettes artistically arranged around urinals and toilets in the former city bathroom. 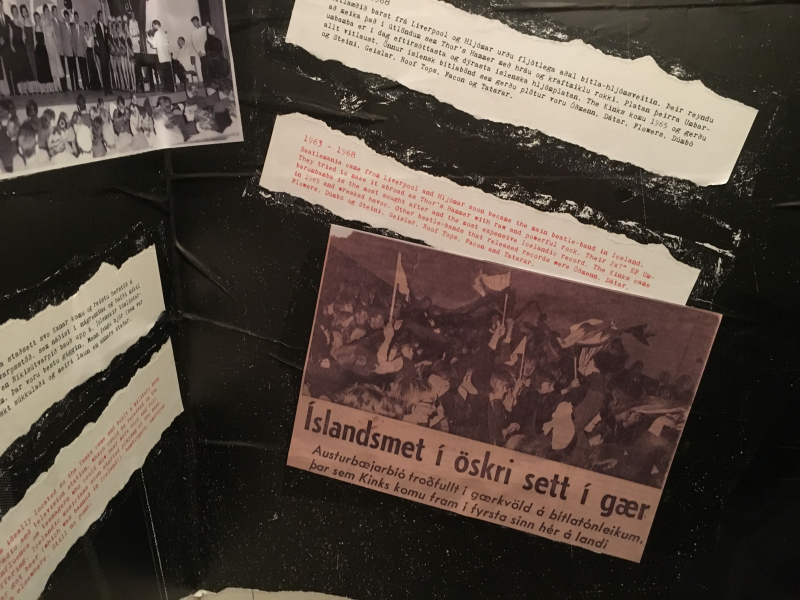 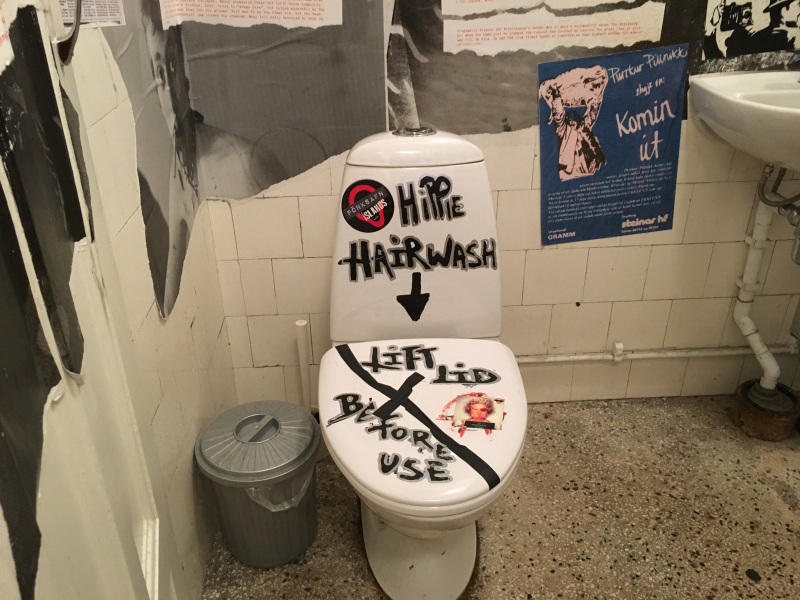 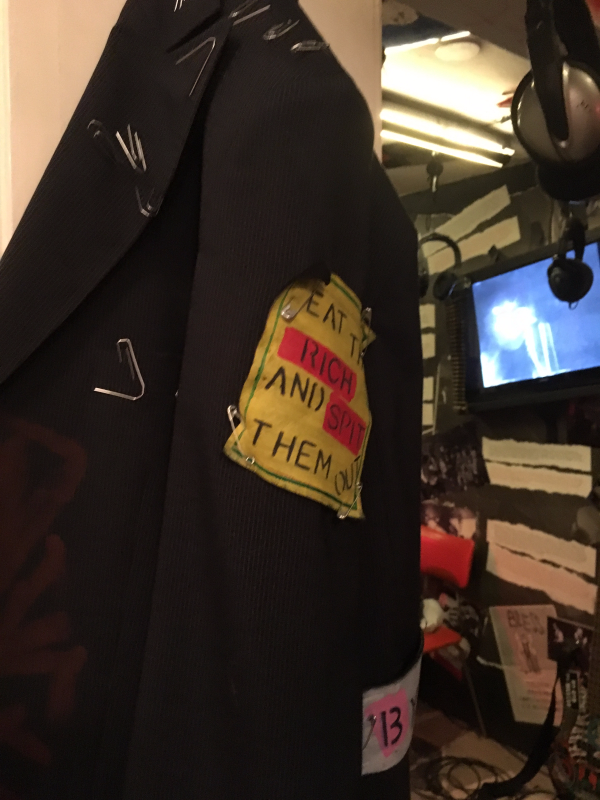 Beyond the reading material in the bathroom area, the rest of the museum includes a listening area filled with headphones playing Icelandic punk bands through the eras, as well as multiple music videos and instruments you can play or pose with. Here I am pretending that I can play the drums. 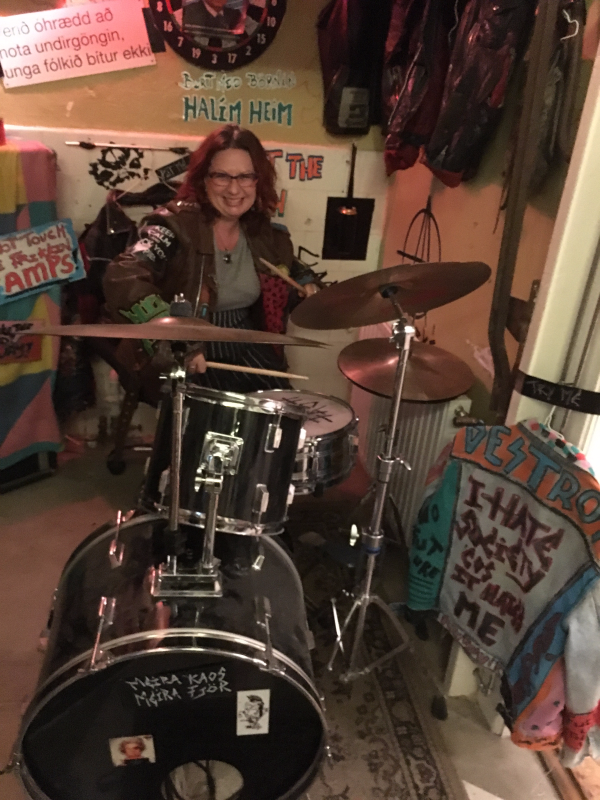 There is also an entire portion of a whole wall devoted to Bjork as her beginnings came up and out of the punk scene in Iceland. I couldn't help myself but take photos of the photos to make an Instagram joke about seeing her - as there is always that someone at Iceland Airwaves going on about how they saw Bjork here or there, and when going to Iceland everyone asks me "Are you going to see Bjork?" So finally, this time, I saw Bjork. 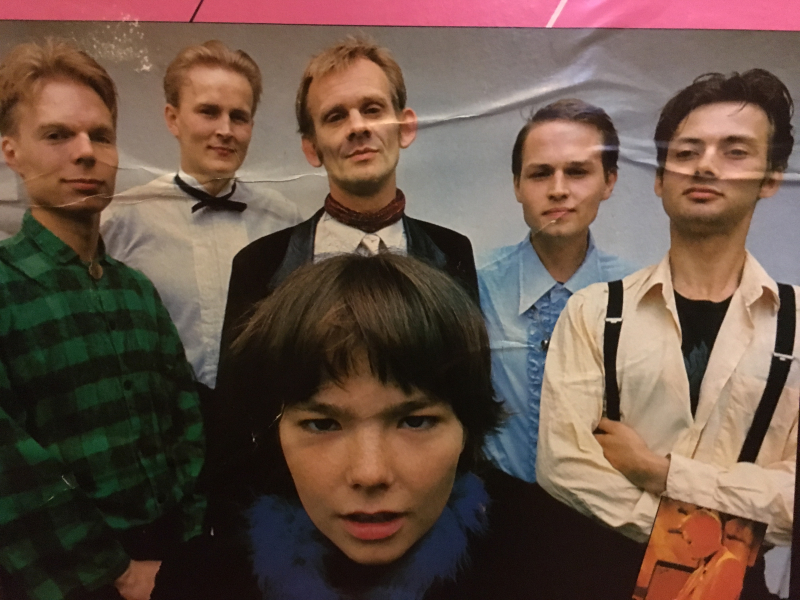 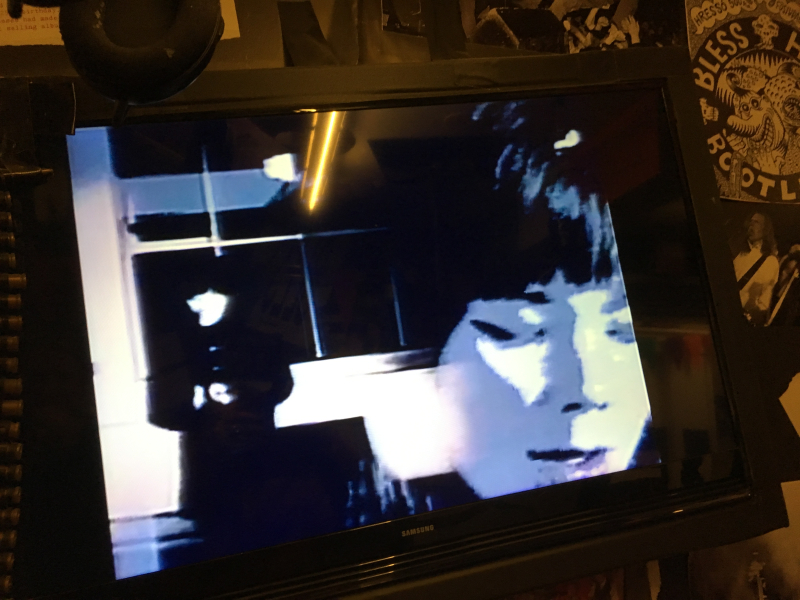 The museum curator made a point to note that one of Iceland's public ministers is in the band Ham, whose very dramatic music video with sacrilegious Christian imagery was playing in the rotation - they also appeared in Iceland Airwaves. It was quite fun and a well done museum for the subject matter and context. So punk rock to have a museum in a former bathroom - way to reclaim the space for art. 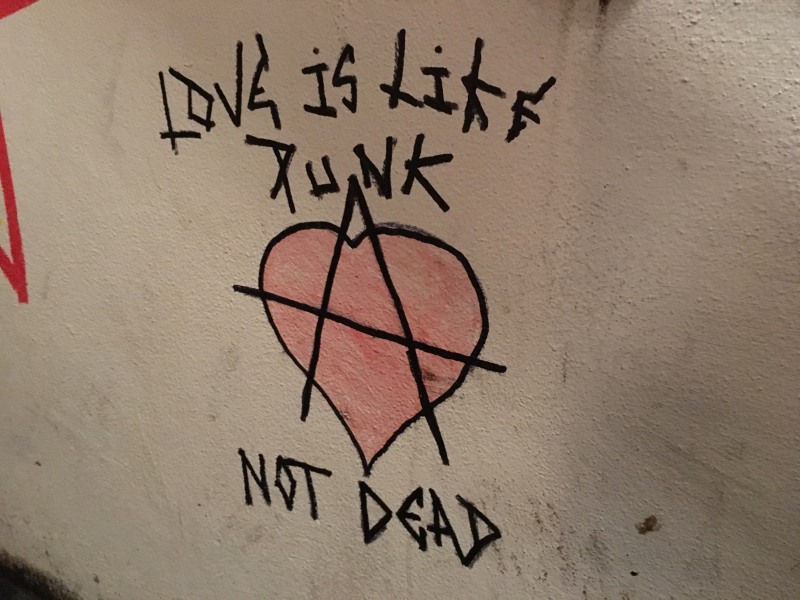 All that punk rock and learning made us hungry. It was finally the night to sink my teeth into some real Icelandic lamb after thinking about it for days. We went to the Grillmarkadurinn where they have a one of a kind grill and a lovely rack of lamb on the menu. 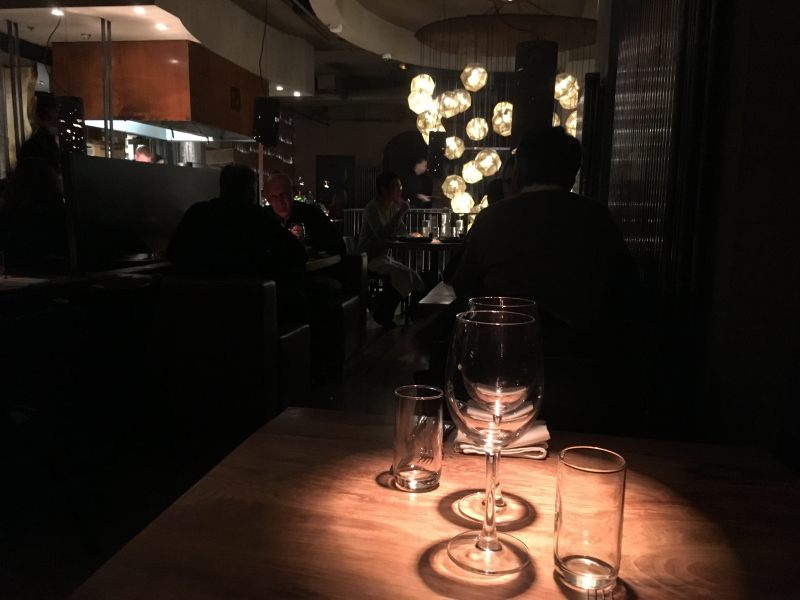 It is also a beautiful restaurant filled with art and serves the tastiest bread and whipped butter. The star of the show however, are the items from the grill - and in our case the rack of lamb. 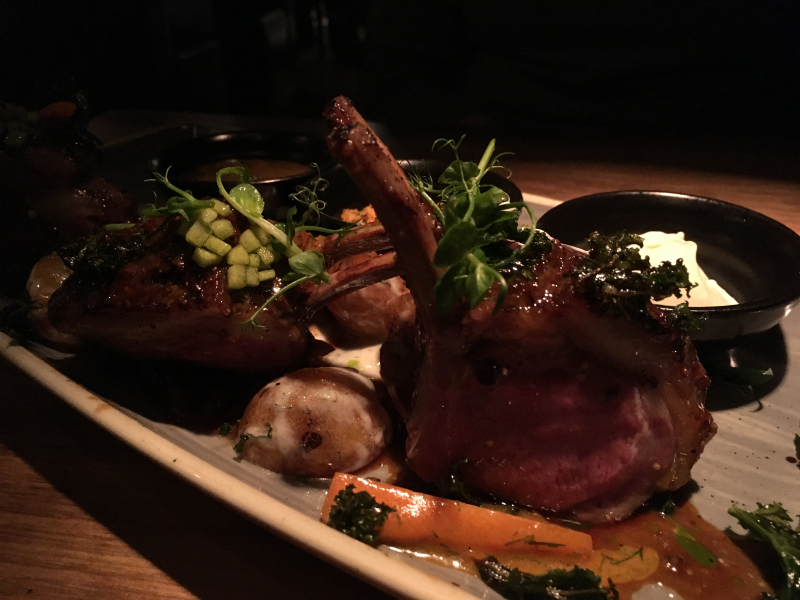 It fulfilled the mission of putting tasty tender Icelandic raised lamb in my mouth. So at the end of the day, this Monday of not quite meeting expectations was filled with fun and tasty times.