What does the average American know about the War of 1812? Did you know we actually attacked our friendly neighbor to the North, Canada? Yeah, we actually tried to grab whole sections (i.e. most of what was then Canada) of it from our recently divorced parent, Britain. The USS Constitution Museum states "The War of 1812 begins with a series of poorly coordinated American invasions of Canada by badly trained and led American forces, all of which fail." 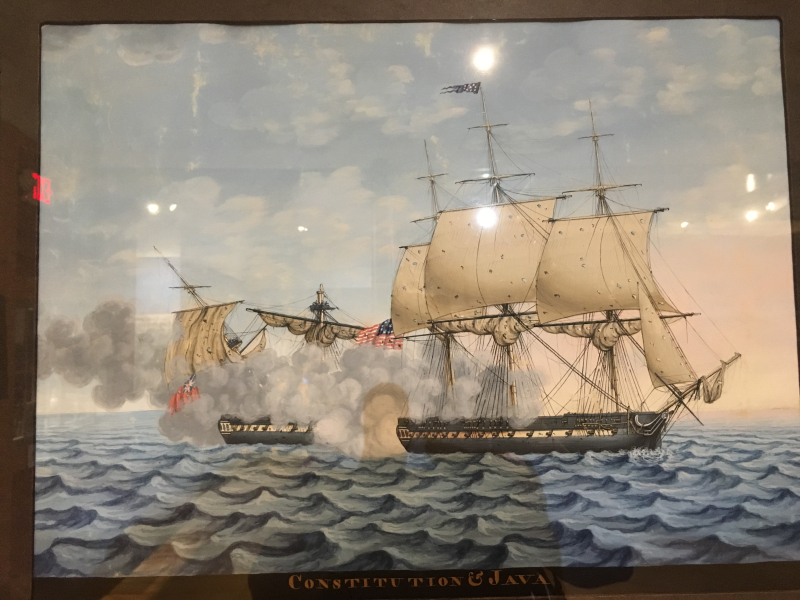 But eventually we did win, (thanks in part to the battles won by the USS Constitution aka Old Ironsides, pictured above) - or so says the US version of history (not that anyone is reading it). But really all that happened is US became a world Navy player/power, Canada became our friend (eventually), we signed a treaty with England, and the Natives Americans lost out on everything (in part because Andrew Jackson became very popular in the war, and in part because they helped the British and the Canadians fight Americans, laying seeds of future rationalizations of genocide when Jackson becomes President). 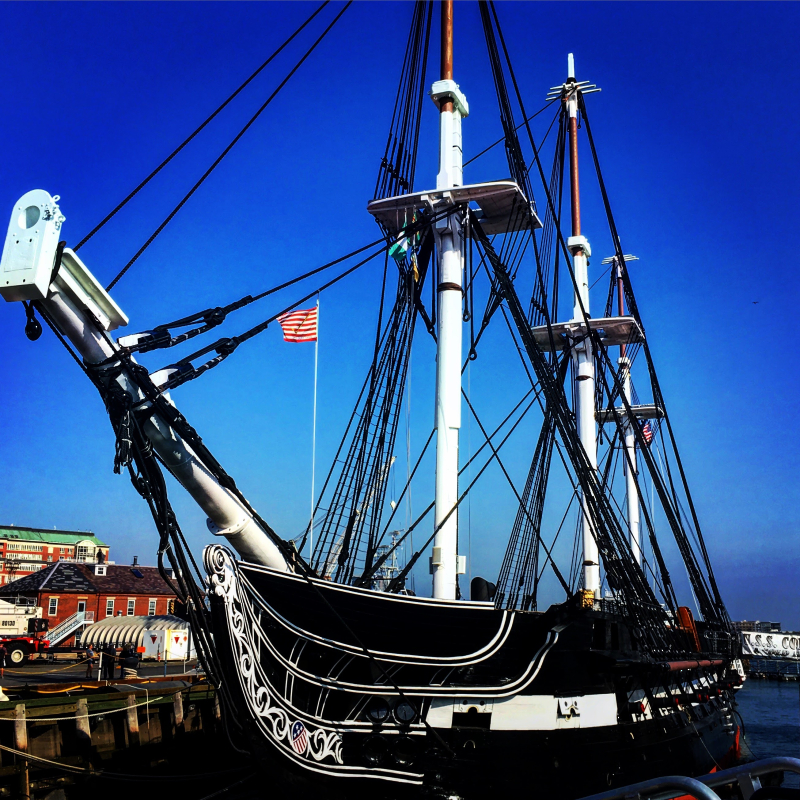 We left Maine around 10am on Saturday morning with the task of driving back to Boston, dropping off our luggage at the Airbnb, returning the rental car, then doing some tourism in Boston. All went smoothly, and before we knew it we were sitting at a lunch counter near the North End of Boston, not too far from the USS Constitution Museum where I learned the history lesson I just shared with you above. 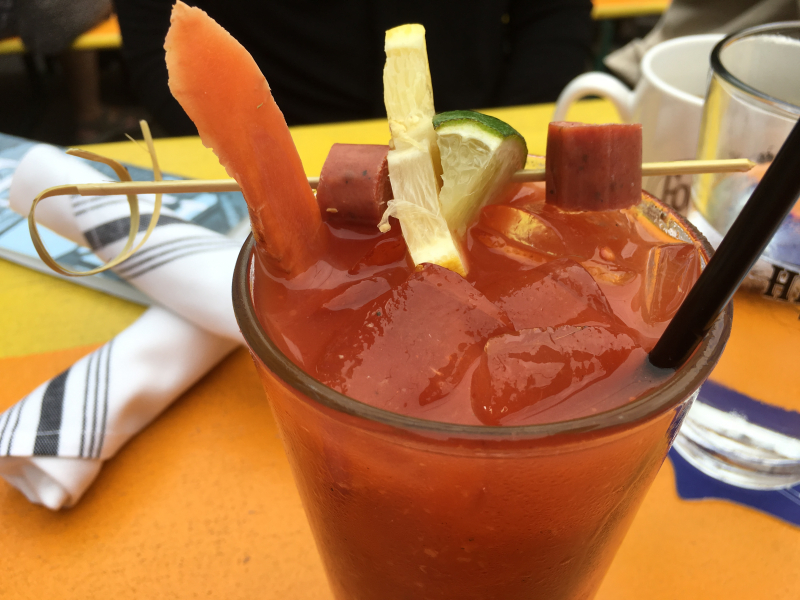 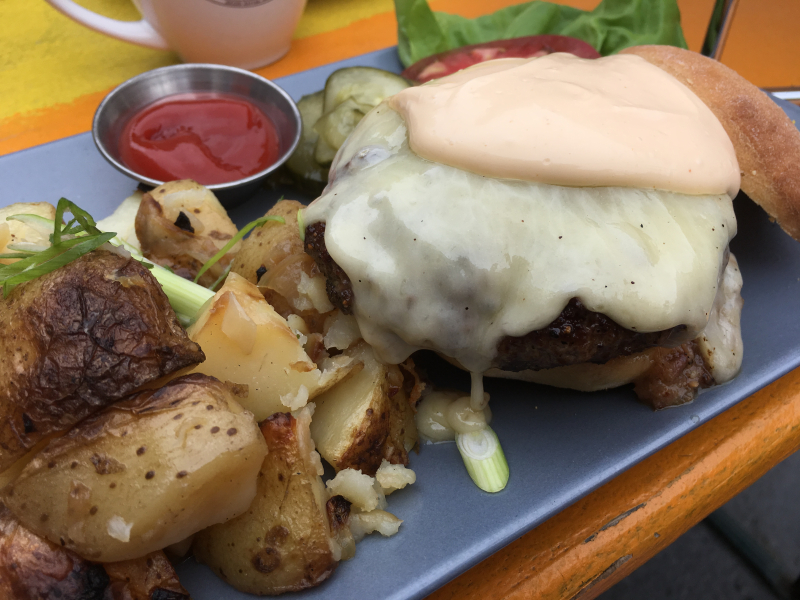 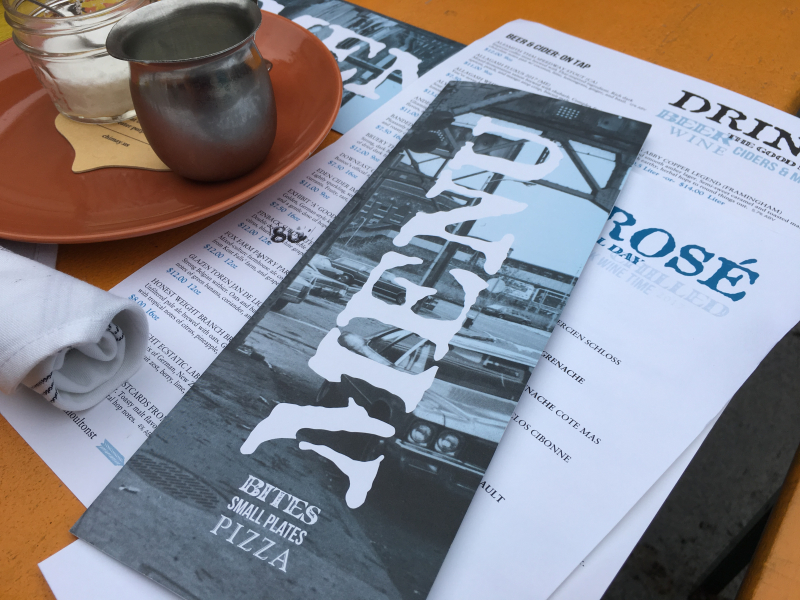 Lunch was great and consisted of nothing at all resembling lobster. We went to a wood fire grill that is just down the street from the maritime attractions. By this time I was officially sick, having survived a horrible night coughing I was just trying to force myself to eat to have calories - so of course I ordered a Bloody Mary and a burger - health food, obviously. Both were phenomenal, despite my inability to eat anything close to half of it. There were also pizzas, and brisket biscuits to be had by all. 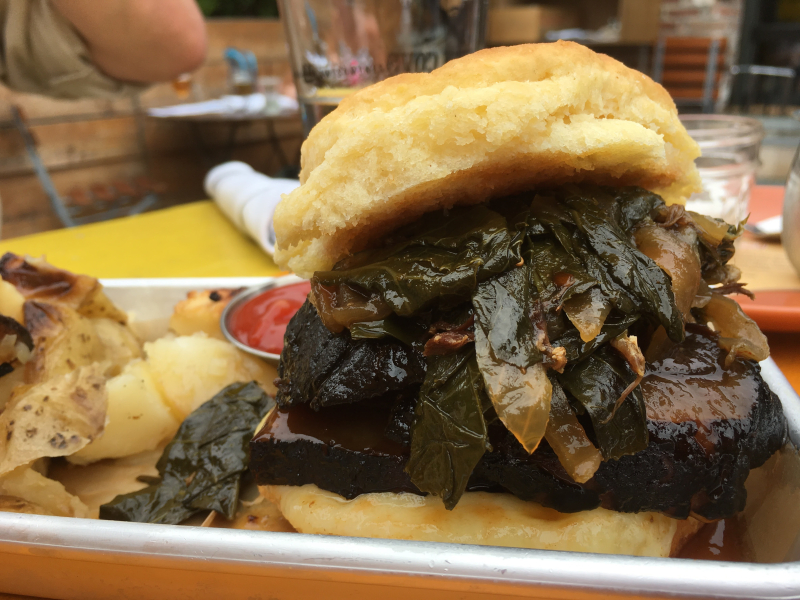 After lunch we walked the short distance over to the last (or first depending on your perspective) stop on the Freedom Trail. The Federal landmark and still functioning ship (after many restorations) the USS Constitution and its accompanying educational and highly interactive museum. 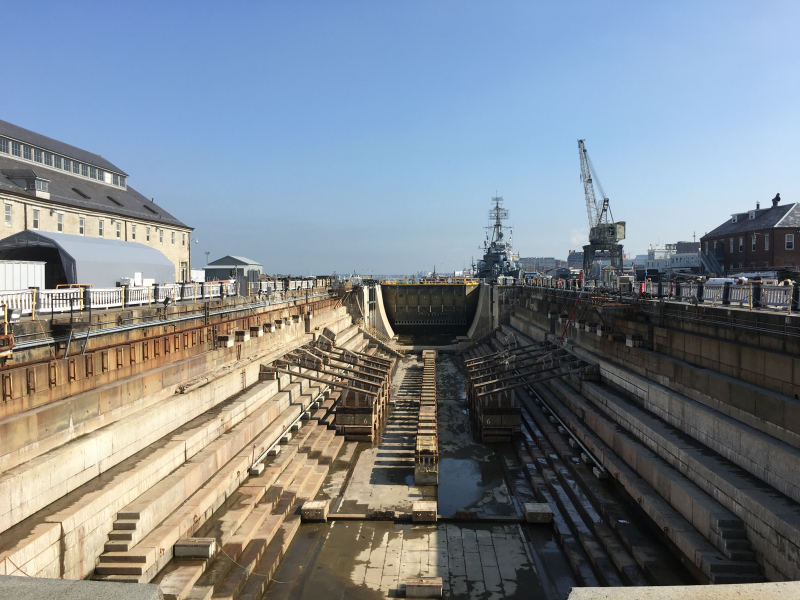 Photo above is the original dry dock where USS Constitution was first restored. 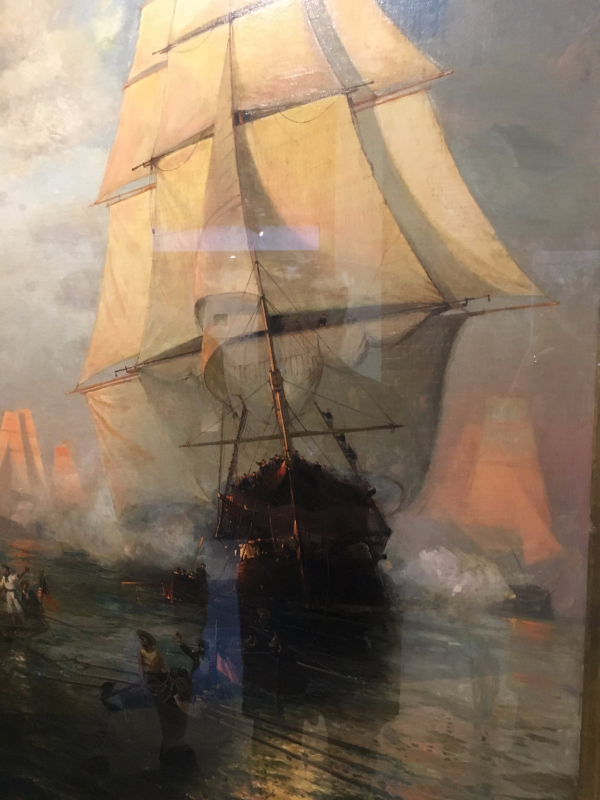 We started our Saturday touring here because someone in the group had had a strong feeling about seeing it. It was a free (with suggested donation) museum and well put together - it definitely filled in my blanks on the war of 1812, as well as the daily life of an early 1800's sailor, including their 5000 calorie rations for a single day, among other things. 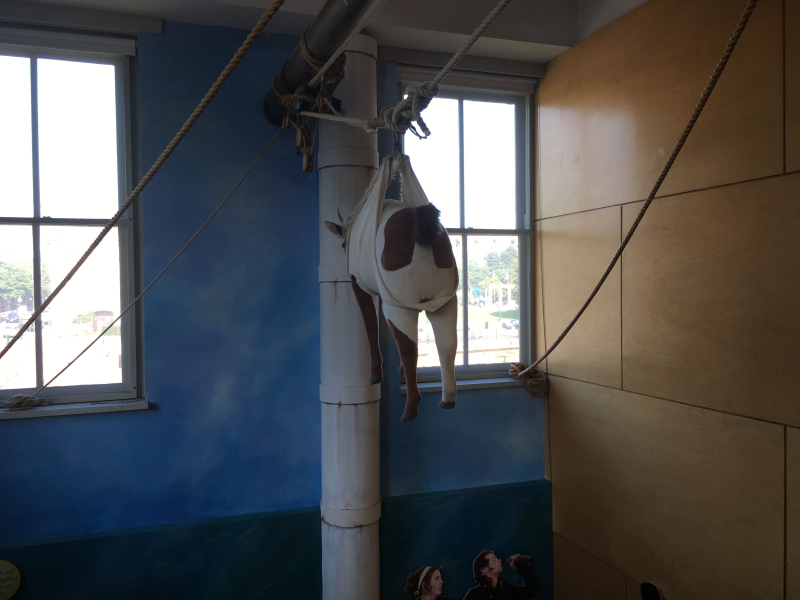 I'll just leave this photo here for you to wonder about.

Touring the ship itself took the least amount of time, especially after the time we spent fiddling with all the exhibits in the museum. You have to get through a security check-point to get through the gate to be able to board it. This security appeared to be a little bit more pomp and circumstance than actual security - but I guess even the appearance of security is necessary to protect a national monument these days. 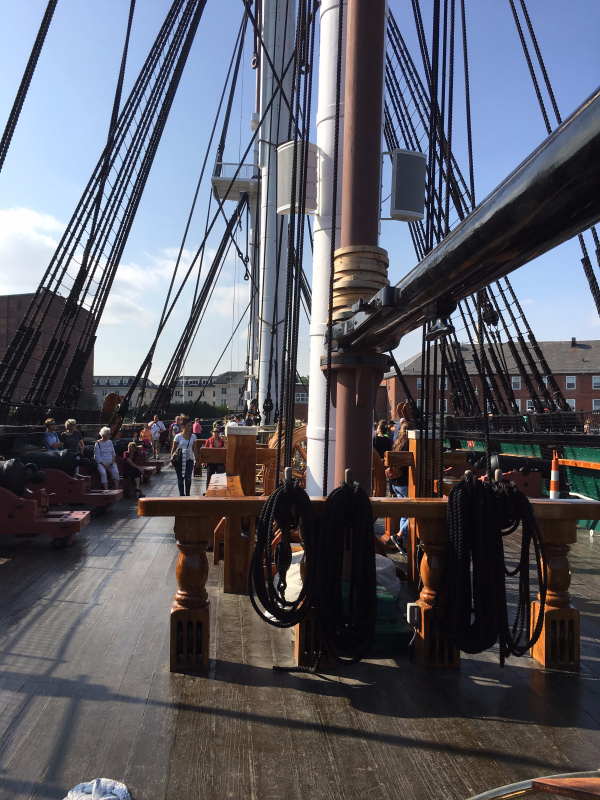 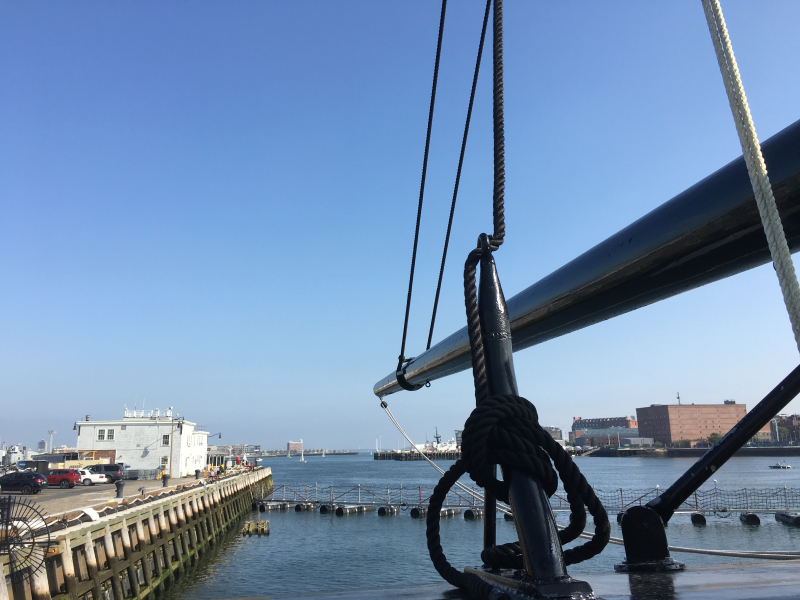 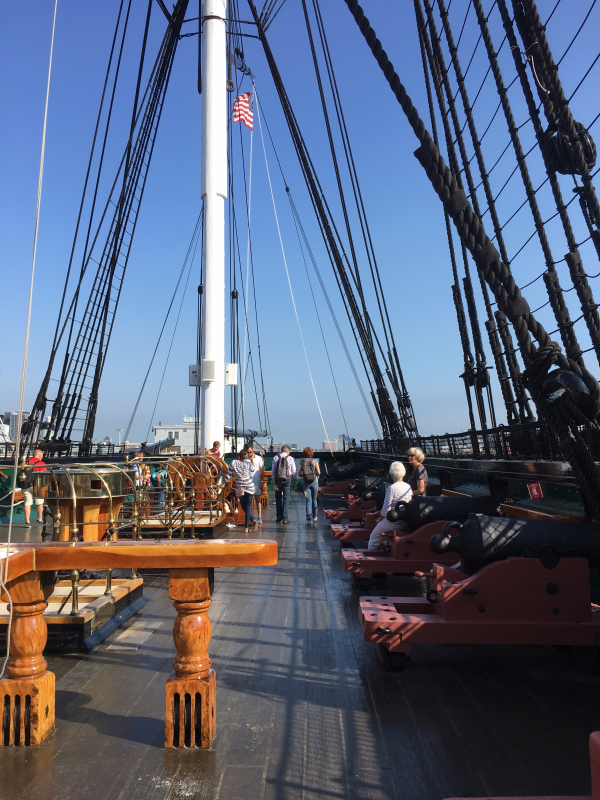 After we disembarked from Old Ironsides we walked right over to a WWII battleship docked nearby. No security required here. 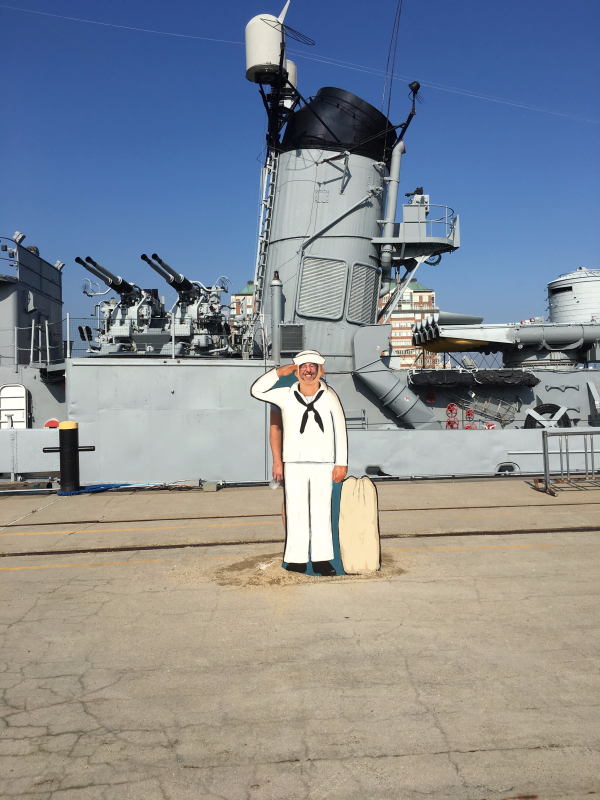 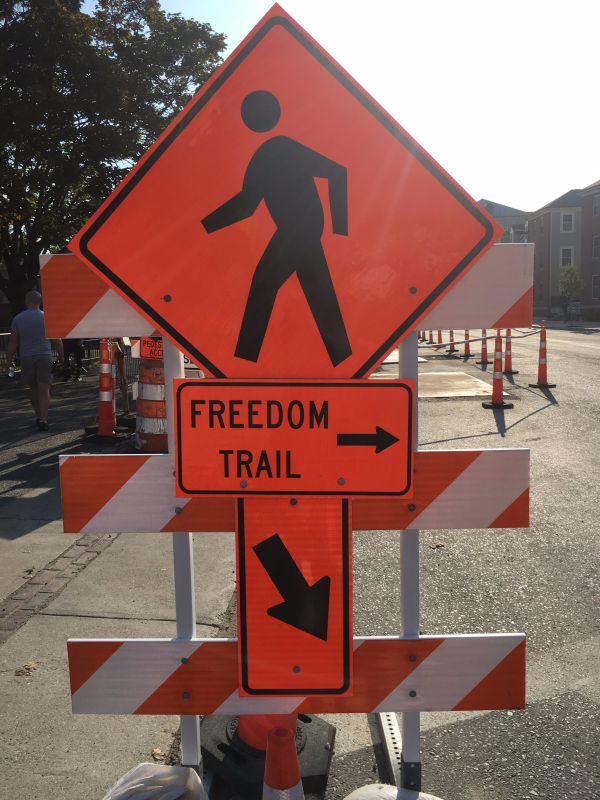 Then it was time to make our way down the rest of the Freedom Trail to see what we could see - er well, that is to ditch the trail to walk a special walking bridge over the locks under the super neat modern looking bridge. 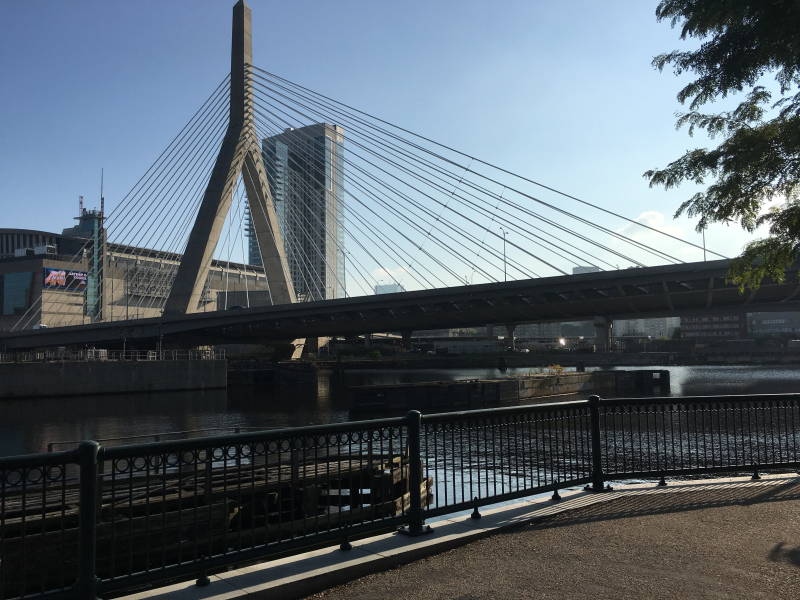 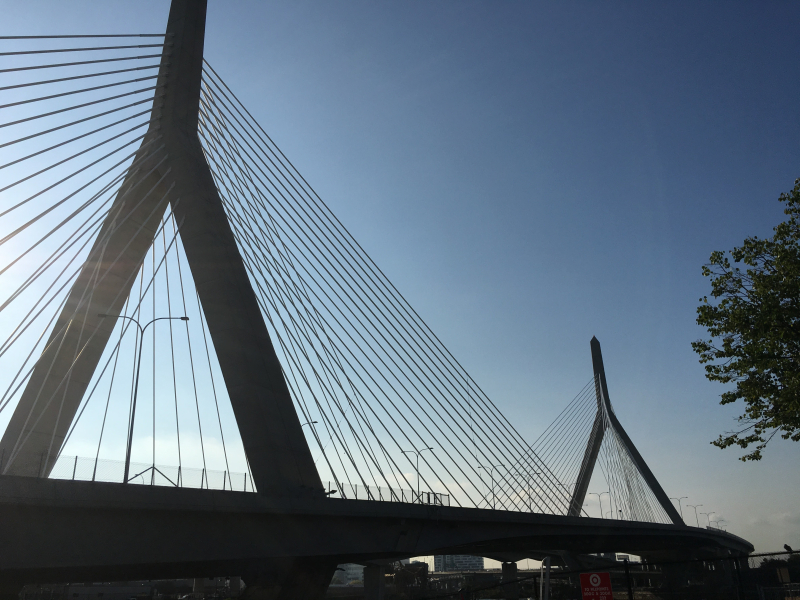 We found ourselves in front of the sports stadium and near the entrance of the North End. It was a lot of walking so we decided to find a place to sit a spell and relax in Boston's Historic North End/Little Italy. After some wandering about the narrow streets we successfully found a place with a few spots open for our group with a lovely hostess who just left us some menus "just in case" we wanted to order some snacks.  Which we of course ended up doing. 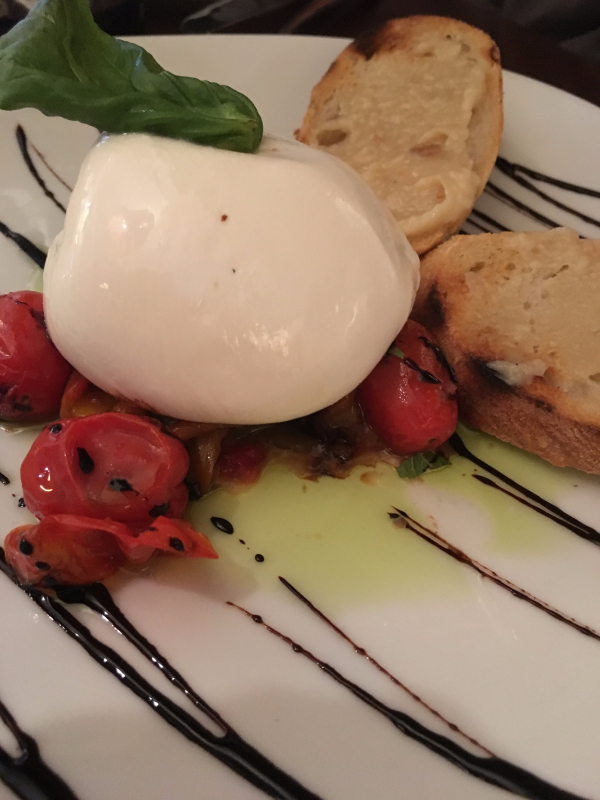 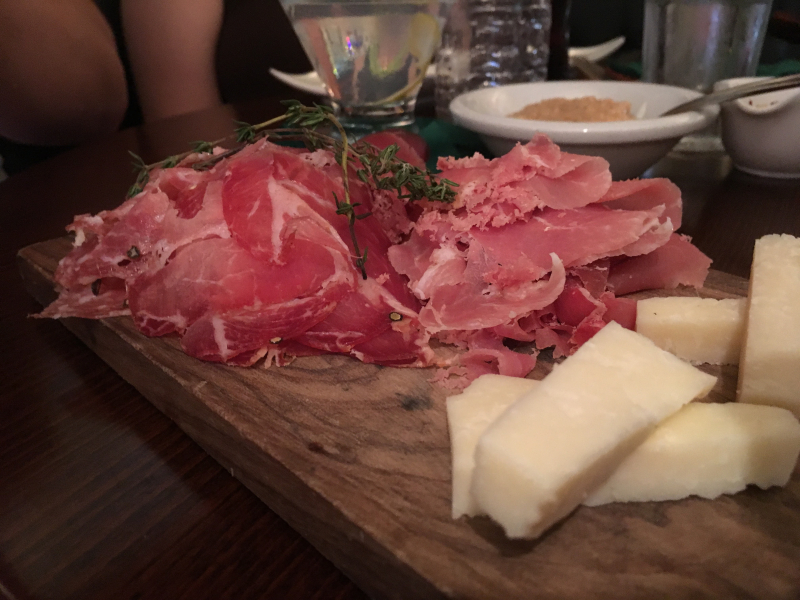 There was an amazing lobster risotto special on the board, and the drinks were lovely - we should have stayed where we were, but for some reason we thought we should move on and try a couple other places.  When we exited the lovely little not-so-busy bar we were in onto the streets of North Boston we found ourself in a sea of people waiting in lines to get into busy restaurants wherever we turned. It was a zoo. We wandered until we saw a place that looked big enough to let us in, with a shorter line and asked if we could sit at the bar.

"Do you have a reservation?" said the host.  "No, we just want to sit at the bar and order a drink."  Look of disapproval, "Just a second, you all go over there." He said motioning to the bar. Yay!  We got seats at the bar!  Then, "Your table for 5 is ready." Said the lady behind me.  We were officially hustled/upsold into being sat for dinner, and they did not have a lobster risotto for a special.  Their specials were "anything you want that is traditional Italian" said the not-so-helpful waiter. 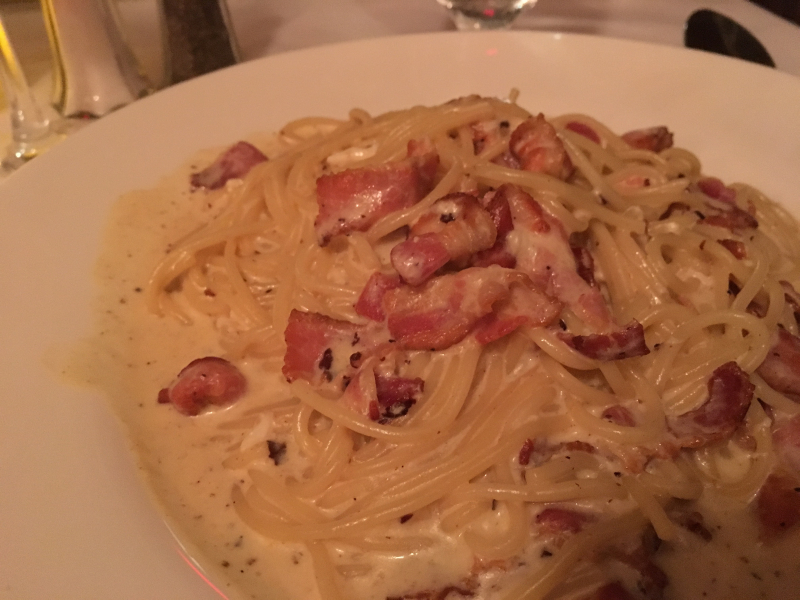 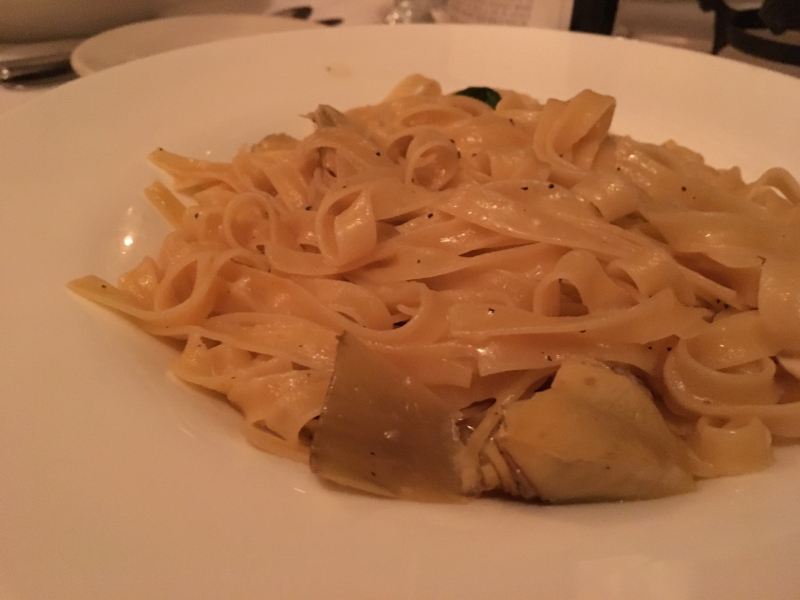 I should have ordered off of the menu - instead I thought I was ordering something completely different than I asked for - as a result, I was "that" person at this dinner. Sick, unhappy with my food, and wishing I was somewhere else. Luckily, my traveling companions were creative and shared their red sauce, took my food and gave me theirs and other solutions, including a good red wine. All was well, crisis averted but we definitely got up sold on that meal. 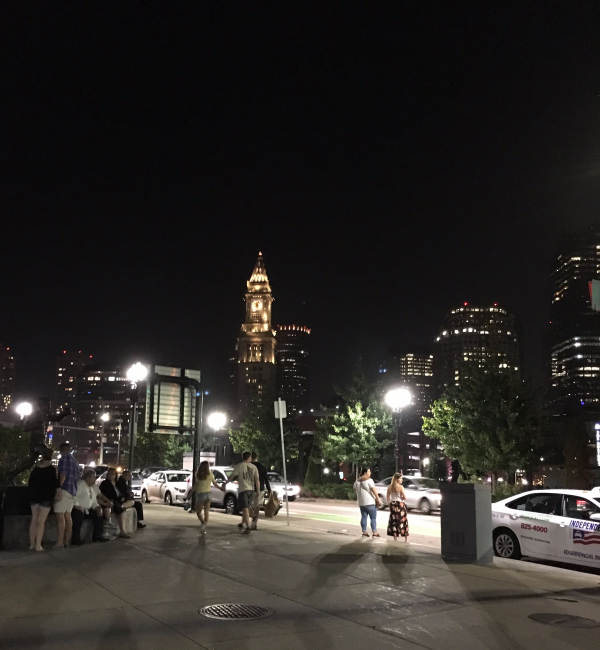 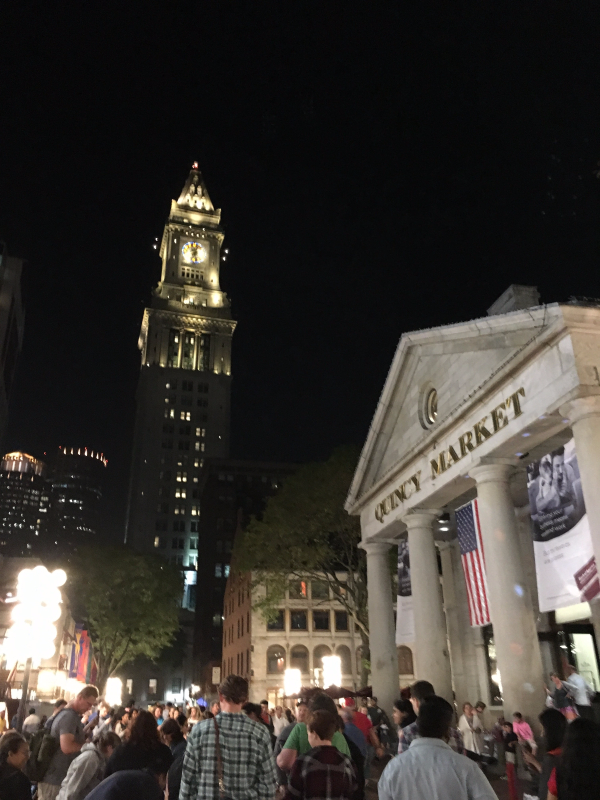 We enjoyed some fine night views and the sounds of musicians in the market on our walk back home.