Spontaneous Camping Trip for a Concert at The Gorge Amphitheater

I was supposed to go to Leavenworth, Washington for a well planned trip to see the Sound of Music in some mountain park. In fact, I insisted on making that trip to Leavenworth be well-planned - and had done a lot of research on hotels, among other things. But on Friday night, two hours before I was supposed to meet my car pool, as I was sitting on my friend Shanon's couch drinking a glass of wine and discussing the possibility of purchasing property in Bremerton, Washington - I got a text from another friend at a campsite at Wildhorse Campground with a reminder that a certain invitation to camp and see Jack Johnson at The Gorge was still open for acceptance. 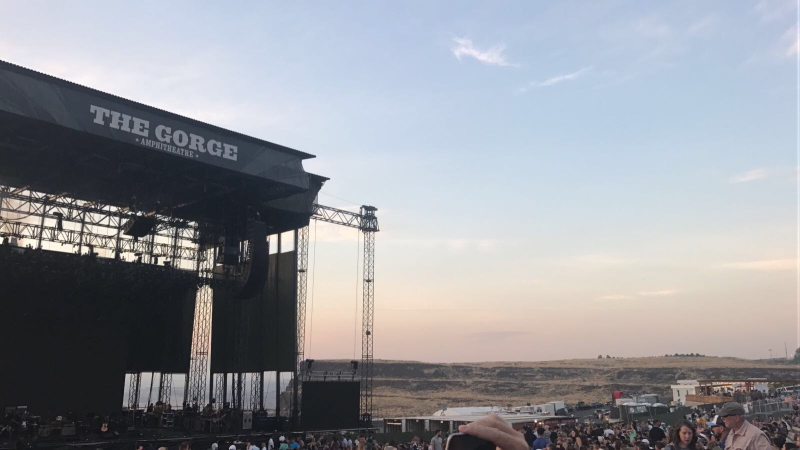 Wildhorse campground is less than a mile from the Gorge Amphitheater - and exists pretty much to fulfill the camping needs of the festival season happening at The Gorge. In my 12 years of living in Washington, I had yet to go to The Gorge to see any concert, let alone camped. The offer was very alluring, but I had made plans with friends - I couldn't go back on them. I shared this thought process with Shanon, who promptly asked me to question my belief system. "Your friends will be ok. Go see the man if that is what you want to do." I did. I really wanted to accept his invitation. "Then your choice is made." She said. "Find out if you need blankets and pillows."

I did in fact need blankets and pillows (as I was only packed to go stay in a hotel in Leavenworth). After acquiring those from Shanon's spare room and drinking a mug of coffee -I found myself driving 150 miles across the state of Washington at 10pm on a Friday. There is no traffic what-so-ever on I-90 at 10pm on a Friday night heading East from Seattle. I made it to the campground by about 12:30pm including a stop for gas and to pee.

"I can't believe you are actually here." He said grinning through my rolled down window at the gate of the campground after slipping the attendant two twenties to park my car. I just smiled and said "I told you I was spontaneous." Which was true generally speaking, although it required encouraging on this evening. I texted Shanon to tell her that I made it alive and took the leap head first into whatever this adventure would be. 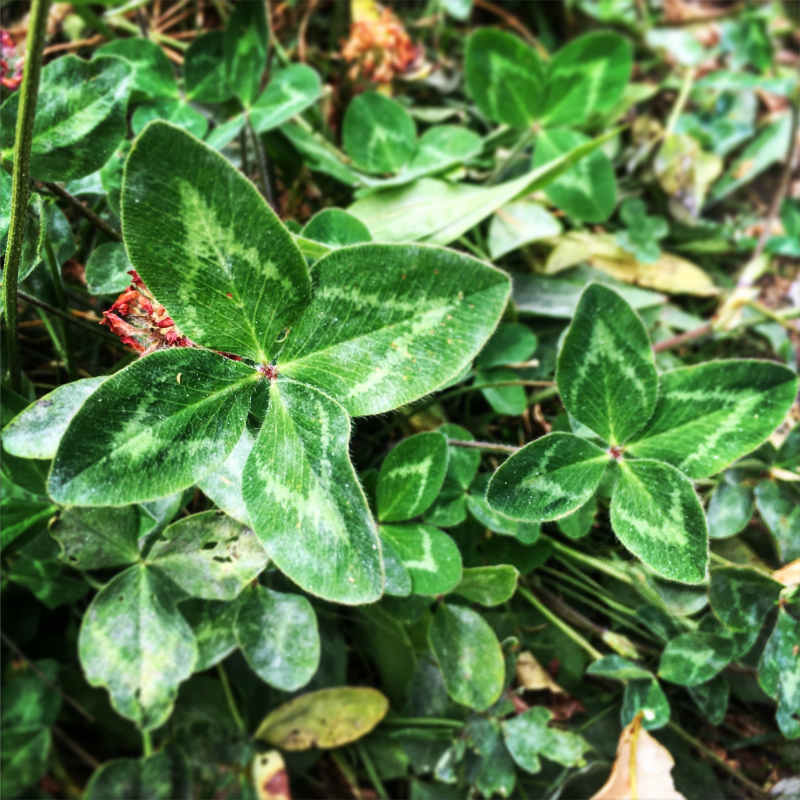 Luckily, I had already packed for a weekend adventure - but it involved a hotel and dressing fancy for a play - so my "camping" attire and equipment were very lacking. Improvisation while traveling is my forte so I grabbed my sundry items, and a change of clothes from the car and made my way to the campsite. "It is a bit minimalist." My friend said motioning to the two small tents, chairs and a single cooler filled with Bud Light, Vodka and La Croix on the back of his silver Ford pick-up truck.  Then he said, "This is my Dad."

Did I mention that the invitation meant camping with him and his Dad? Well it did. I was ready to go with the flow. I took a Bud Light and a swig of vodka and tried to calm my nerves enough to sleep on the hard ground next to a virtual stranger. I also didn't mention that I had about one whole real date with this individual before I drove 150 miles to camp with him and his father to attend a Jack Johnson concert. I didn't even identify as a Jack Johnson fan. 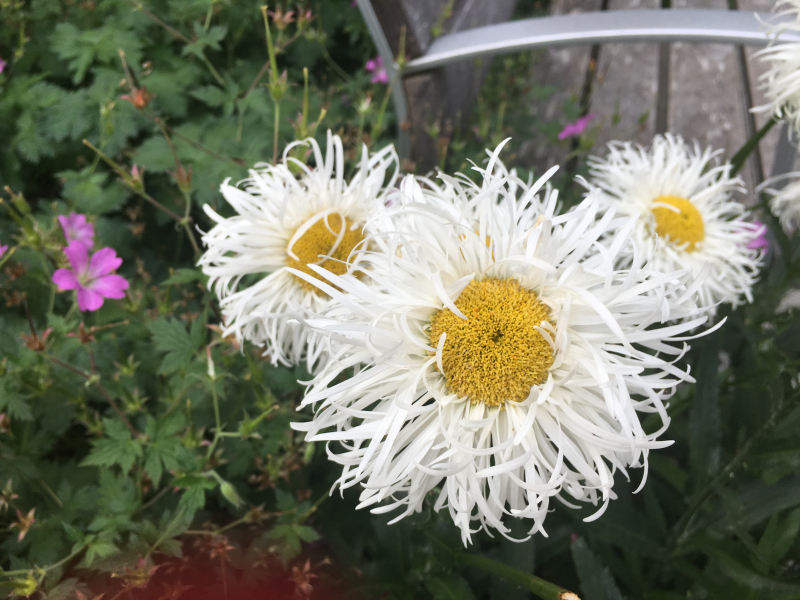 No matter by this point, I was committed to being in the moment and having some good old I have no idea what to expect type of fun. 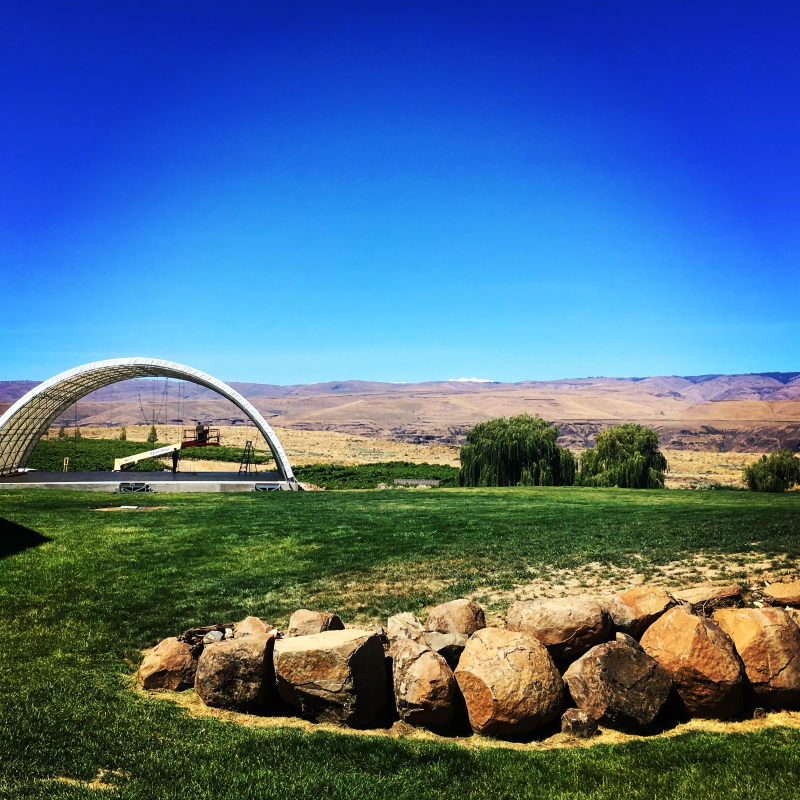 The next morning we went to Cave B Winery for some pre-concert wine tasting and shade. That was after some breakfast with a side of traditional Minnesotan male storytelling about this or that mishap in the Northern wilderness involving water, bears and rugged ingenuity to make-up for whatever oversight got them into the situation with the water or bears in the first place. The acorn didn't fall too far from the tree with these guys - both were ridiculously intelligent, practically inclined, outdoorsy and slightly weird. The slightly accented cadence of their voices sounded like home, emphasis on the long o. I was happy to be among my people.

Cave B Winery is pretty much the only game in town near the campgrounds of The Gorge diaspora. If we were staying in the 3rd world nation known as The Gorge Campground we would have probably stayed there and did whatever the dude bros do in that place, but as fate would have it we were classy people who make classy choices like day drinking at a winery - and are not dude bros. We people watched, watched the frogs jump in the grass and made friends with pretty much every single individual who talked with us. We learned the life story of many of them, including the 38 year old from Bremerton who publicly breast-fed her two-year-old without setting down her glass of Sauvignon Blanc. "Its OK, it will just calm her down." She said. 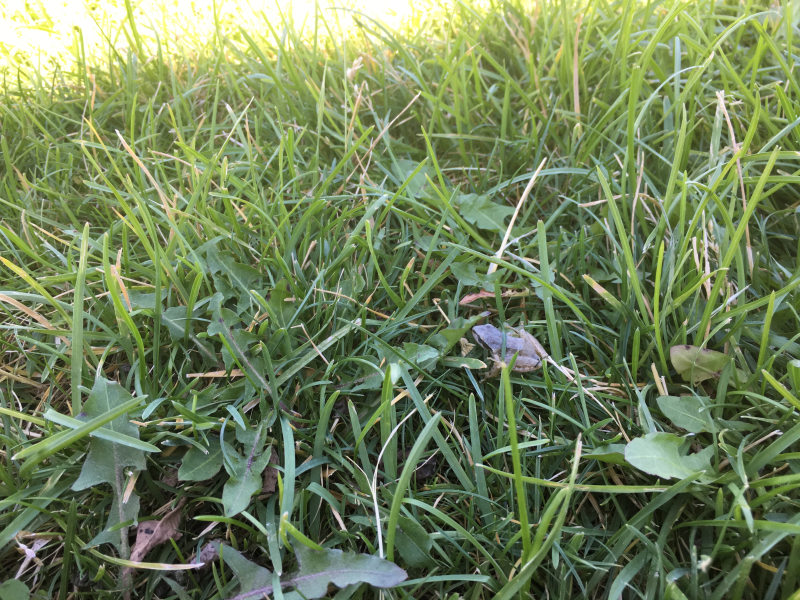 At some point we realized that those pouring the wine tastes were not paying attention to who we were or how many times we went up for tastings. Our glasses kept getting more smudged but we were always on "Tasting #2 please." The afternoon rolled on and the sun got higher and hotter until everything slowed to a slow drawl of wine induced laughter. 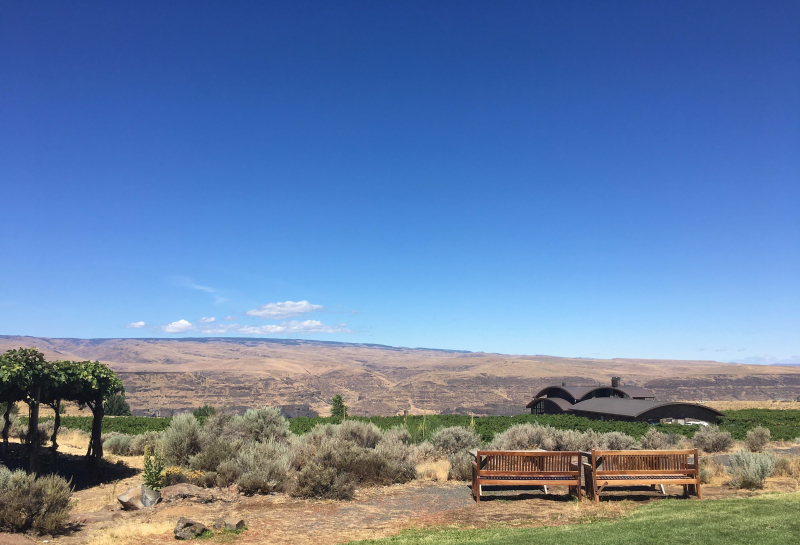 "This is better than The Sound of Music isn't it?" He asked raising a wine goggled eyebrow at me. I laughed and agreed as we watched his Dad work the over 50 crowd of ladies to our right.

Eventually, we could drink no more wine, and thought a nap might be wise before an evening of music and additional revelry. We made our way back to the campground and sat in the hot, not so adequate shade of the pick-up truck drinking water. I was glad we had breakfast, because the heat was too much to be this wine drunk without sustenance, but afternoon food was not in the cards - nor was a nap. Smiles, jokes and laughter - but nothing with caloric substance besides the Bud Light in our hands. 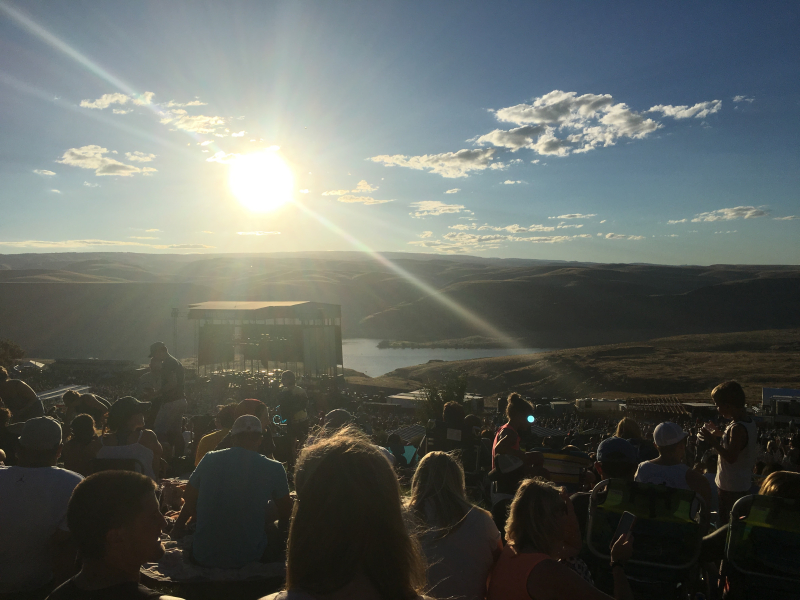 The mission upon entry to the Jack Johnson concert - get me into the VIP seating area with my peasant level lawn accesss ticket. This was to be a group effort, involving Dad, and all of our ability to go with the flow as fun loving Jedis screwing the big giant corporate concert establishment. "They don't watch you. Dad or I will just slip one of our tickets through the fence. Just go to the side of the gate and don't look too obvious." He coached. I walked across about 5 peoples' picnic blankets and received not a single death ray stare for doing so, as I waited in the impossibly obvious location by the chain link fence trying to blend by taking pictures of the view with my iPhone.

My friend was targeted by the gate watchers and it was was left up to his Dad, who put on a good show looking closely at the very uniform blacktop all the way to the place I was standing unsheltered by the grey chain link fence in my bright red dress. Magically, no one saw the ticket pass between our hands - except for the 50 plus people starring directly at me from their lawn blankets. Good thing I was wearing such a subtle color, so no one could see me as crawled back over about 10 more peoples' blankets to the other side of the fence and back onto the black top sidewalk. Reunited, we stood by the beer vendor and stared at the second gate. "There isn't supposed to be another gate." I pointed to the ticket checkers and noted that they were not actually looking at people's tickets, just whether or not they had one. "It'll be fine. I'll just go over there and take some pictures.  See you in a minute." I smiled and we were off into phase 2.

It all worked out, but somehow we lost Dad. He reappeared a couple of times - I gave him back his ticket after the Avett Brothers - then mid-way through Jack Johnson he appeared with more beer and a hamburger for us. I realized through the concert, that although I did not identify as a Jack Johnson fan, I knew A LOT of the words to pretty much every song he sang. How strange - I was a fan and did not even know it. Either way, I had no problem dancing and singing along with abandon next to my new friend, his glee and enthusiasm was completely contagious. 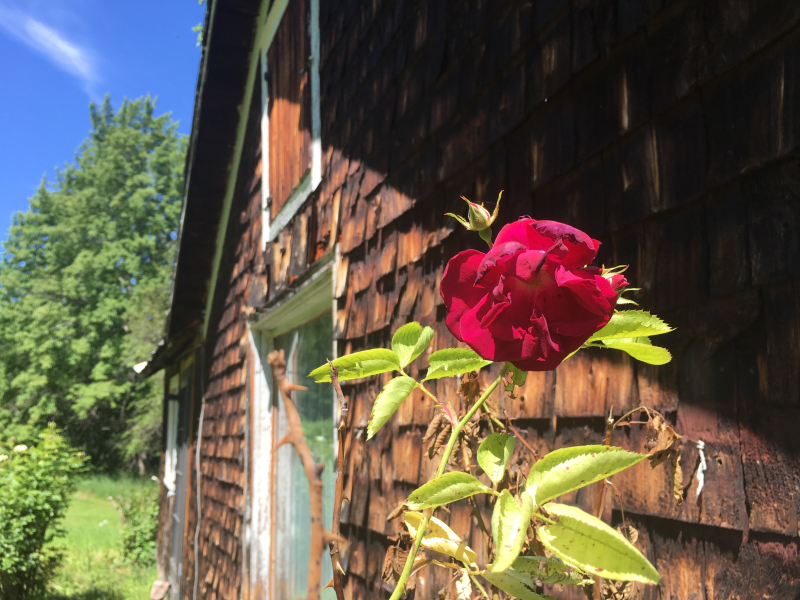 Jack played for what seemed like hours and I really didn't want it to end. It was so much fun, more fun than I remember in recent memory - fully in the moment and just being. But as all concerts do - it came to an end and the mass exodus began. There were so many people that we were pressed into a herd as we crossed and exited the grounds. It was dark, I was drunk, and my contacts were dry so I couldn't see that well - even if I could have seen, I had no idea where I was other than being in a herd of mostly intoxicated humans. My friend took my hand assuredly and walked us confidently and directly to our campground shuttle bus. He didn't let go until I was sitting in our seat. I didn't have to do anything, just hold onto his hand. 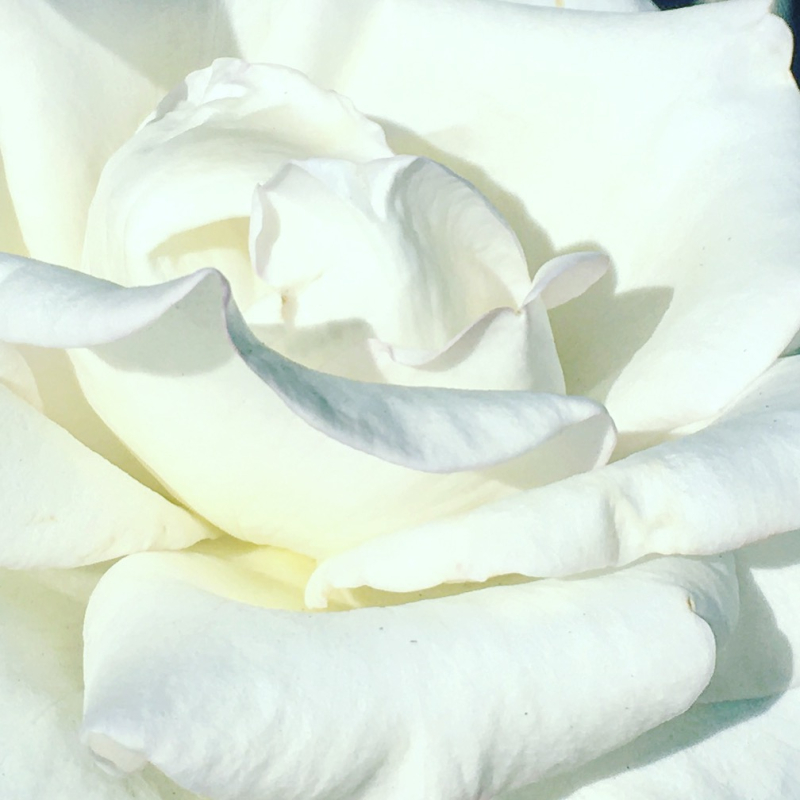 If I were to take any moment from this adventure and distill it down to a memory to be savored again and again it would be that simple gesture of taking my hand. To have my hand held in the most basic of possible ways guiding me carefully through a scary crowd, navigating me to safety without a second of hesitation or grief - it was like magic. There was not a moment where I had to cling for fear of losing that grip. I had absolutely no concern that he would let go and leave me to swim on my own in that crowd - he had me - there was not a thing to worry about. Such a simple thing, but nothing I have ever experienced before. 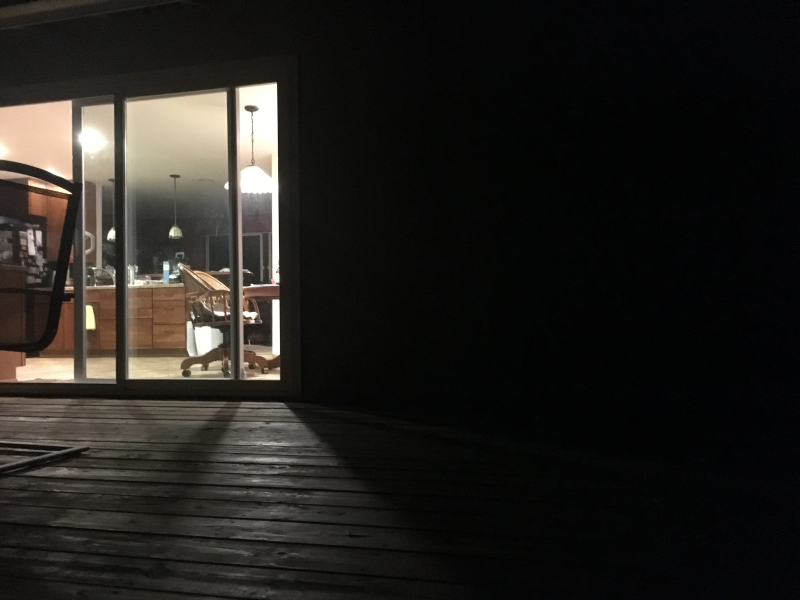 We did not see his Dad again until the next morning. He told us how he was dropped off by the local constabulary who found him walking back from The Gorge campground where his journey through the crowd had herded him. He missed the last bus and had himself a good adventure getting back. But it was morning and the day was wasting - it was time to breakdown camp a get ahead of the traffic traveling West. 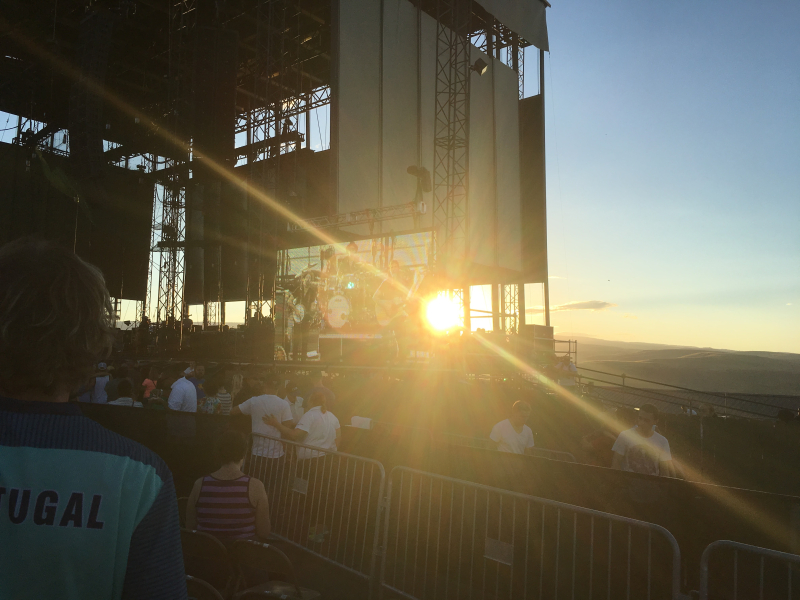 It felt like just as quickly as we had come to this weekend it was over. The moment needed us to move on and back to our daily lives. Just as my new Rune stones speak to the existence of joy being the absence of sorrow - so true happiness cannot just be a never ending party - our adventures together would continue in another moment. So we said our goodbyes and began our separate journeys homeward. It was a great weekend - I'm so glad I took the risk and made the choice I truly desired.