Ponderings Around the Willows Inn Restaurant on Lummi Island

2017 is turning out to be the year of islands for this foodie. Thus far I've spent time in an island in my head, gone to Scotland, poked about in the Pacific Northwest, and eventually I'll be going back to Iceland. Most recently I found myself on a highly anticipated trip to Lummi Island to eat at the Willows Inn Restaurant. 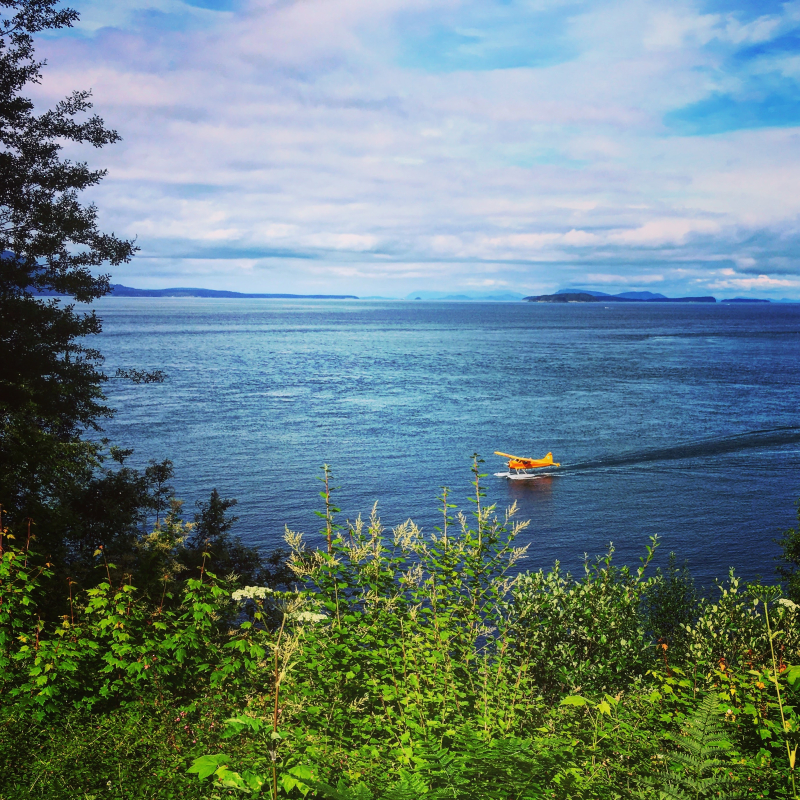 Many people, when I mentioned this destination, had no idea what I was talking about. 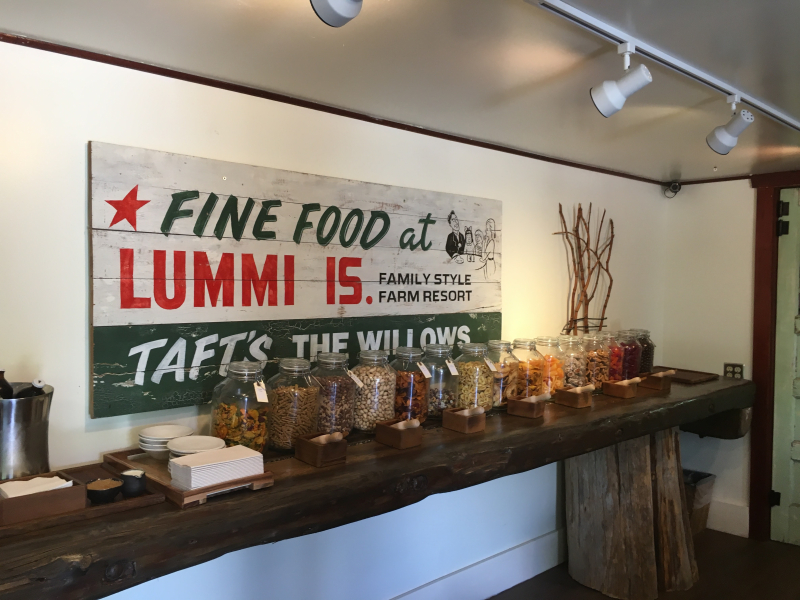 This is what made me realize in a certain special way the level of ridiculous foodie I have become. It should not come as a surprise to me as I've been stalking trainees of Renee Redzepi for years now - but at the same time I forget that maybe other people, people who do not live in my head, or are not living my obsession with hyper-local cuisine, have no clue what I'm talking about. 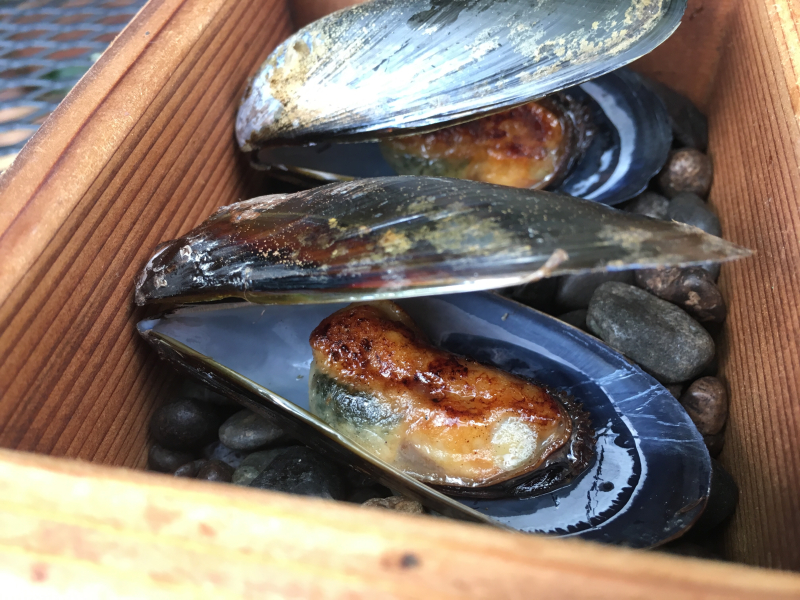 For example, Lummi Island, population 816 persons according to the sign when you get off the 20 car ferry. 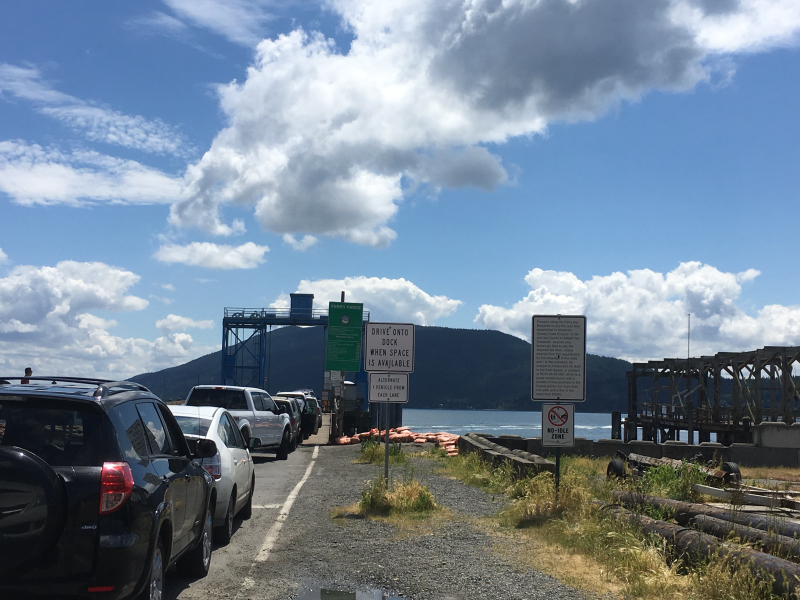 Why would anyone go here unless you live here? Well, people come from all over the world to eat at the Willows Inn Restaurant. But apparently only people who are slightly like me. Or the individuals who intern/cook/whatever-it-is-they-do-behind-the-closed-door-of-the-kitchen-there.  Last spring, when I sat in the chair at Catbird Seat enjoying my meal in Nashville, one of the fellows behind that chefs' counter said - I worked at Willows Inn on Lummi Island, and I said "Wow, cool." Not actually expecting to be eating there a little over a year later. But here I am. Perhaps proof that I am borderline obsessed with the next big foodie thing.

Needless to say, after this adventure, I am done with high end foodie 12 to 25 tiny course meals for a while.  That is until Noma reopens somewhere near Copenhagen. But then I'm done.  I'm cool until then - that will be a couple of years yet anyway.  I think I can skip Flavikan because I met Magnus and ate his multiple hot dog inventions here in Seattle at the Nordic Culinary Conference. I don't know. Maybe. Its hard to say because food adventure is one of the most alluring things I could possibly do. It usually involves travel, it always involves terroir, and it most certainly includes flavor and new ingredients. Its like I entered some world of extreme foodie experience and now I can't go back. 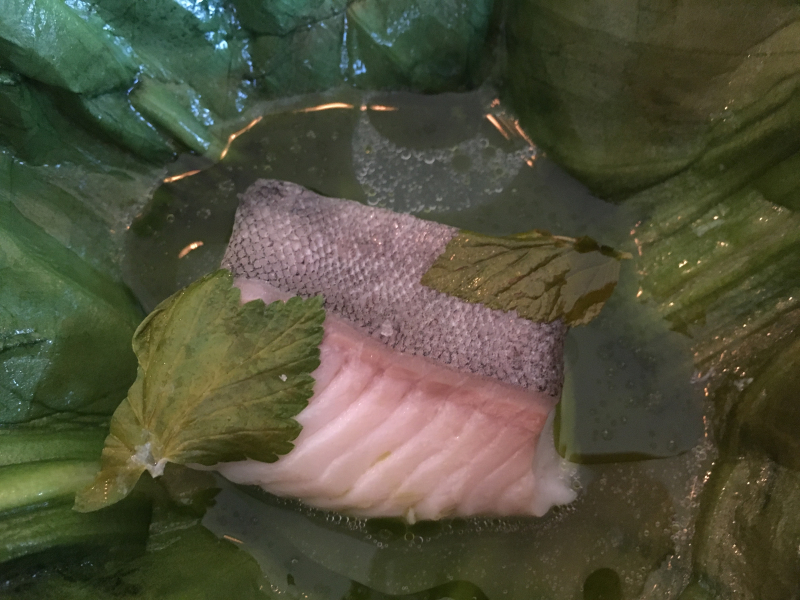 I don't eat at these places because of status. I would hazard to guess for certain people that is the reason they do it. In my most recent company I am pretty sure that was not the case save one. Ironically, the one I knew going in - but I knew that going in and that's his deal.  I was there to eat, to taste, to drink what they paired with the amazement, and hopefully be able to take notes throughout. 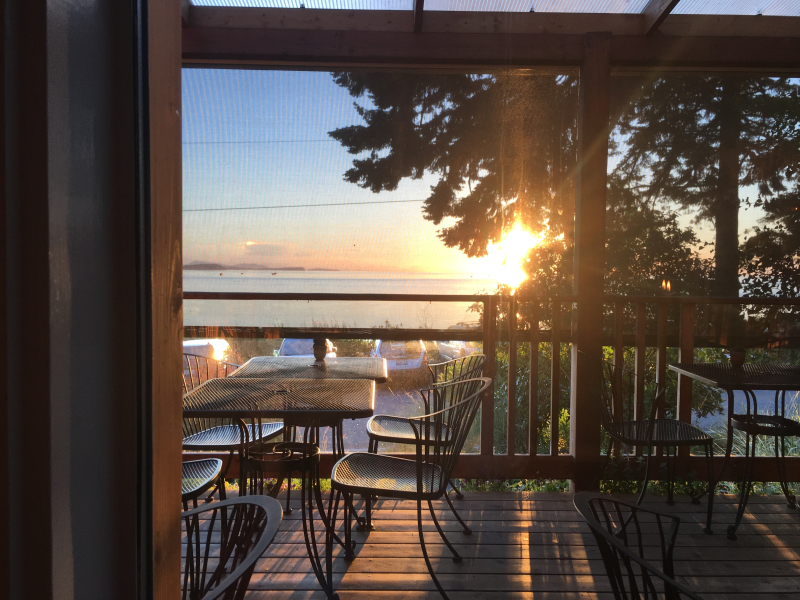 I was unable to take notes throughout.  I was thrown the by the quickness and deftness of the delivery of all the things.  And they just kept bringing them, and filling my wine pairing wine glass along with it. Dangerous that my glass be ever flowing with alcohol, because I will be ever drinking and never pacing. A character flaw and a "tactical error" but I don't ever learn from past mistakes here. If the glass has liquid in it  - I will drink it in the moment and enjoy every last drop. 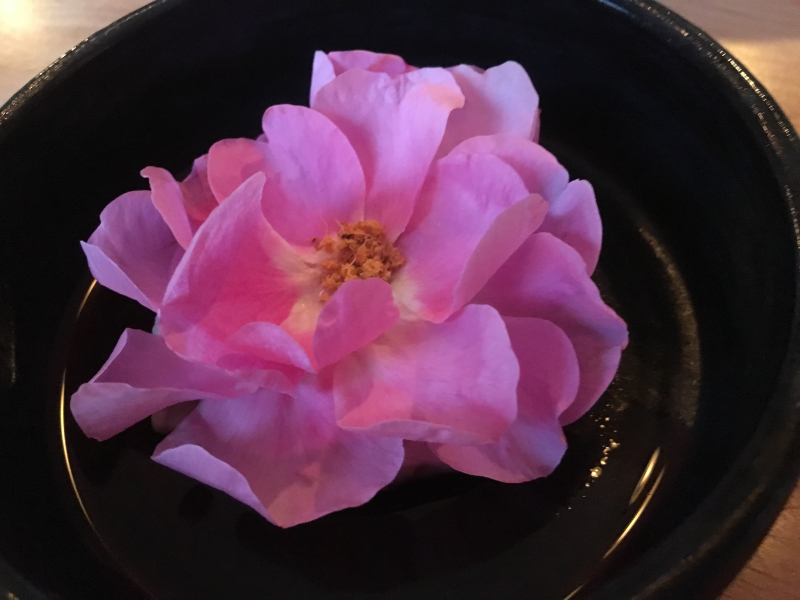 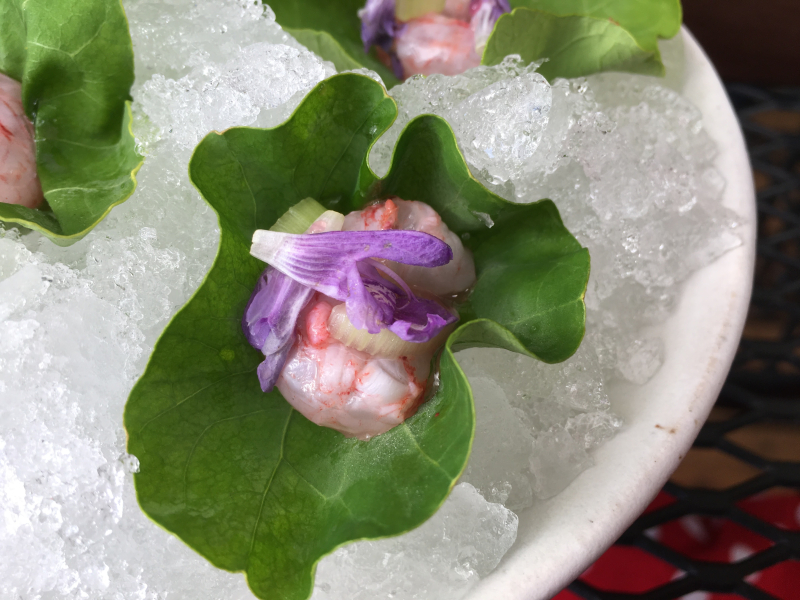 It was the most flower filled meal of my life. It was also the most creative in that there were no 4,5,7 courses...there were I don't even know how many!  there were just courses of creativity flooding the table, and everything hyper-locally sourced. 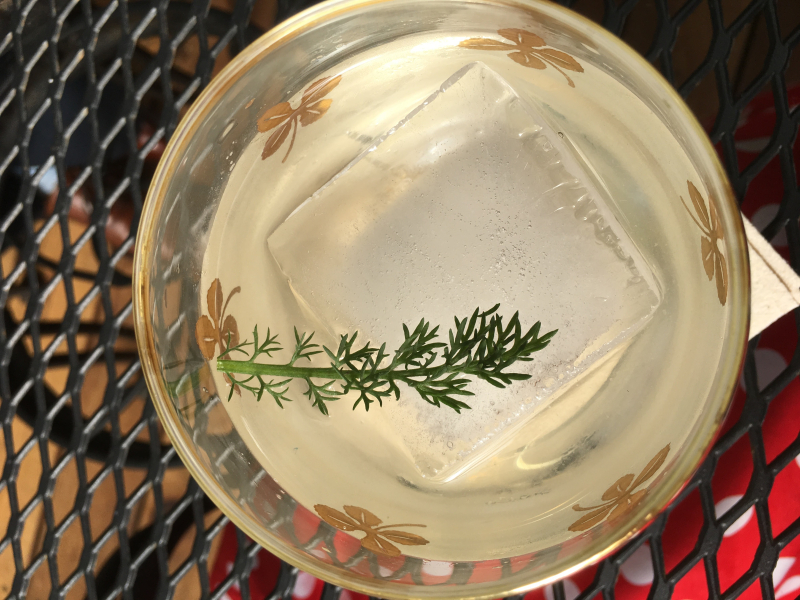 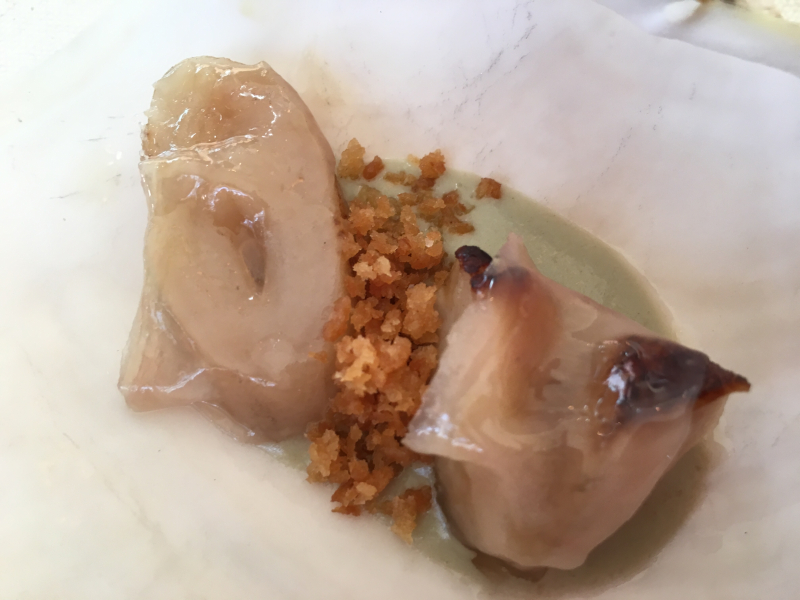 Herbs from the Pacific Northwest that I don't know the name of were on my plate and in my drink. I ate a rose! an entire rose went into my mouth with some lightly flavored ice cream. 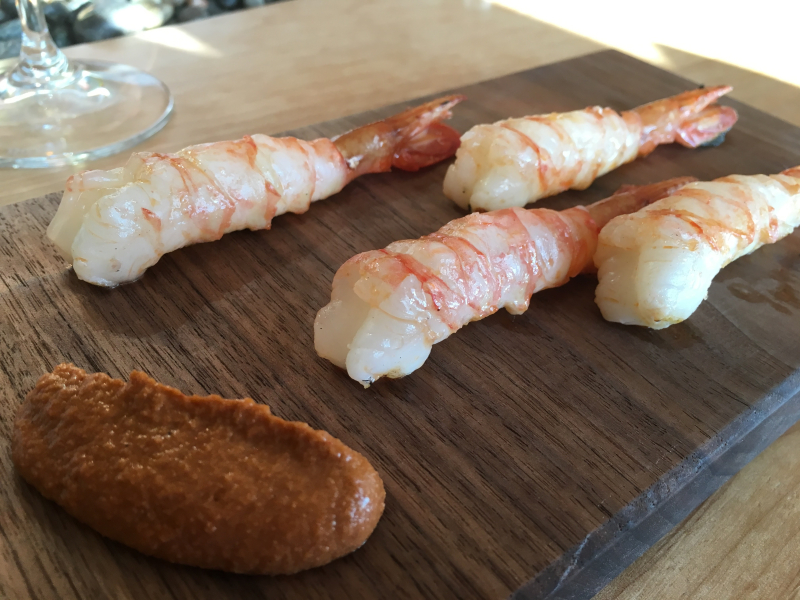 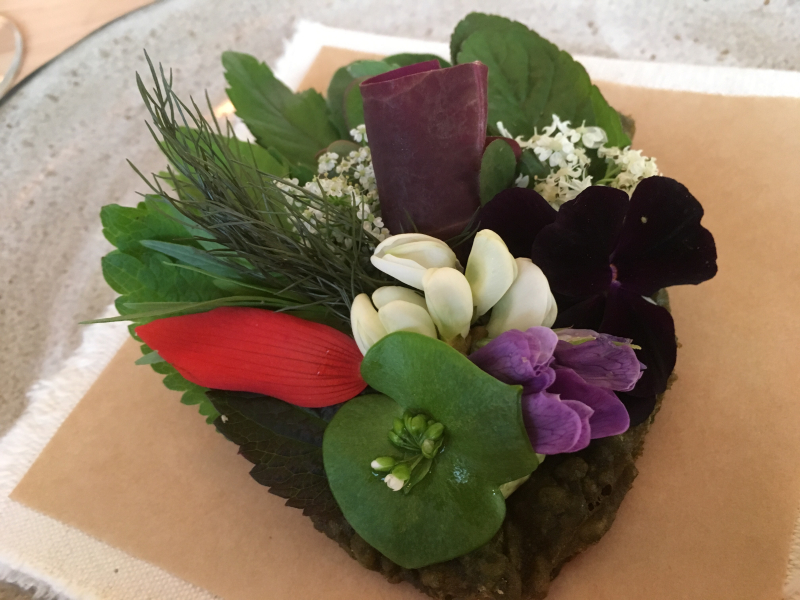 At the end of it all I have no regrets on this dinner, unlike the French Laundry. The French Laundry was way more expensive, way less local, and way less creative. I also stayed awake until the end, even after, until I passed out during the card game my  compatriots were playing. 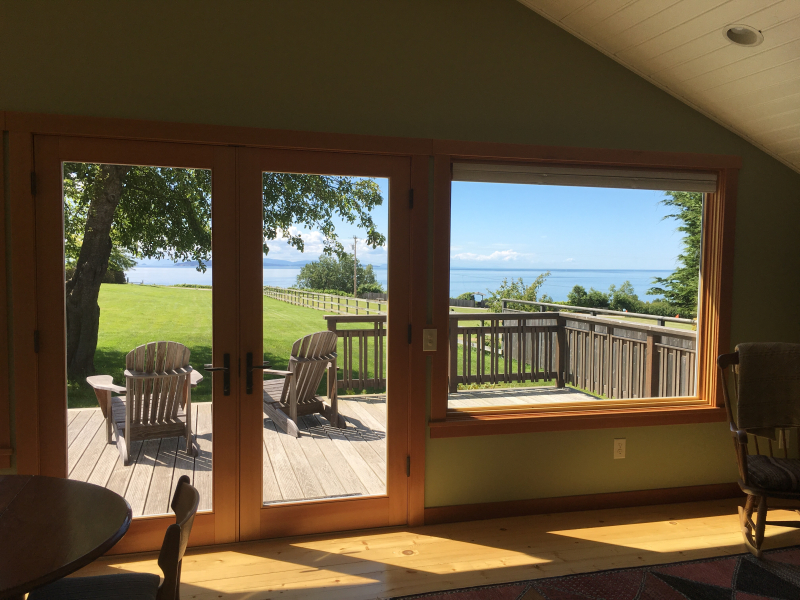