I dream about a lot of things recently. I dream of my household being finally settled after over a year of transition. I dream of finding someone I actually like to hang out with who also likes to hang out with me (but in the most healthy of ways), I dream of my dog being healthy, I dream of a world where everyone's divinity is honored - male or female - and we all honor each other. Meanwhile, while all that dreaming is happening I am actually doing some things in recognition that life is too short to settle, too short to have bad or non-existent boundaries, and too short to spend your life afraid of what other people are thinking of you when you could be in service to the light, making the world a better place. 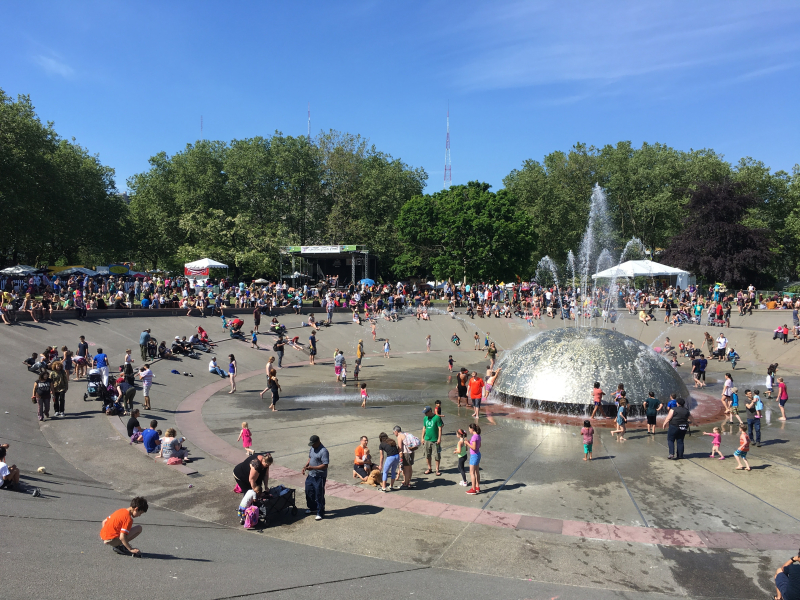 All that being said - today I left work and walked to Shiso's Sushi - because it was one of those days where I said "this is going to happen." And the phenomenal food distraction was way too easy to jump into. 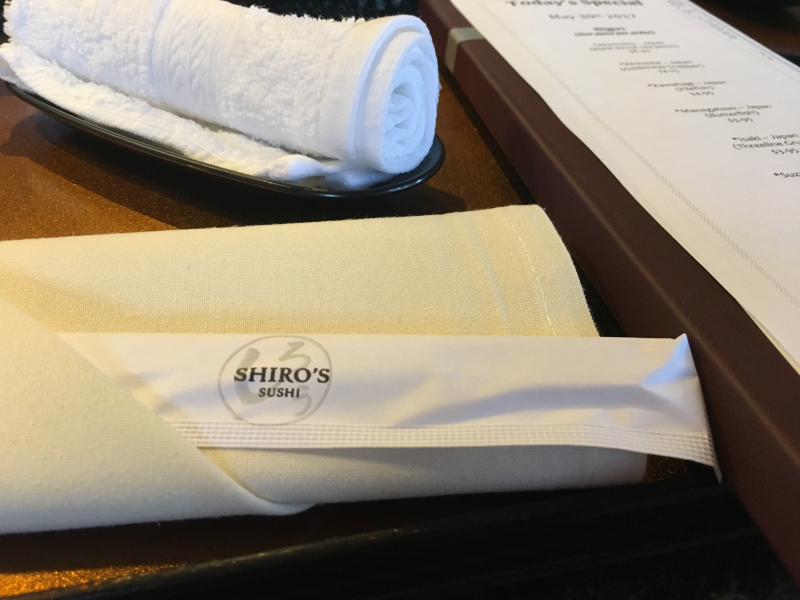 There really is no big deal about going to sushi in Seattle. Sushi is in every grocery store, on practically every corner - fresh fish abounds on the coast. But interestingly enough it is hard to get "bowl you over good" sushi.  Everything is just middling sushi. Hanging out in "good enough" land. When I first moved here from the Midwest there was no such thing as bad sushi. Coming from the inland sea - all sushi, even grocery store sushi, was good sushi because it was so inexpensive and abundant. Now that I've lived on the coast for 12 years I know that bad sushi not only exists, it abounds, and it can sometimes make you sick.  Meanwhile, the diamonds of joyful fish perfection are tiny little pebbles in a big river filled with boulders. 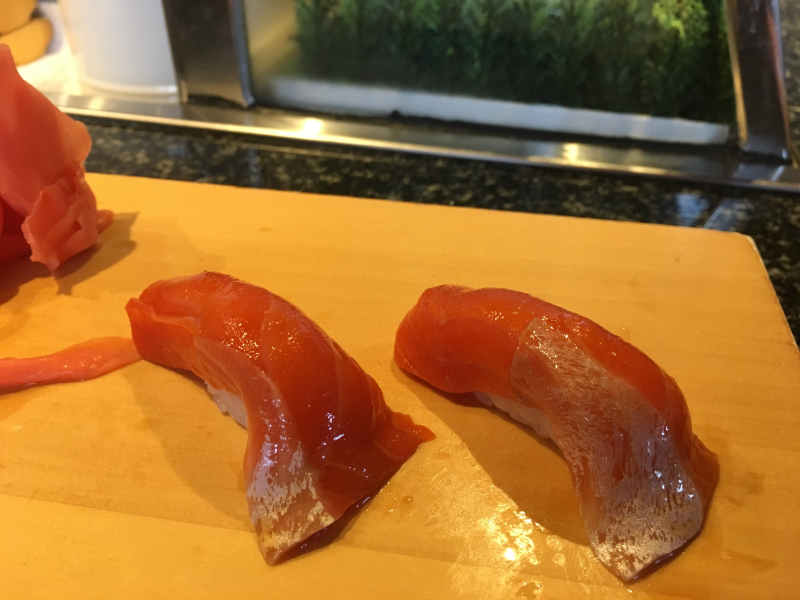 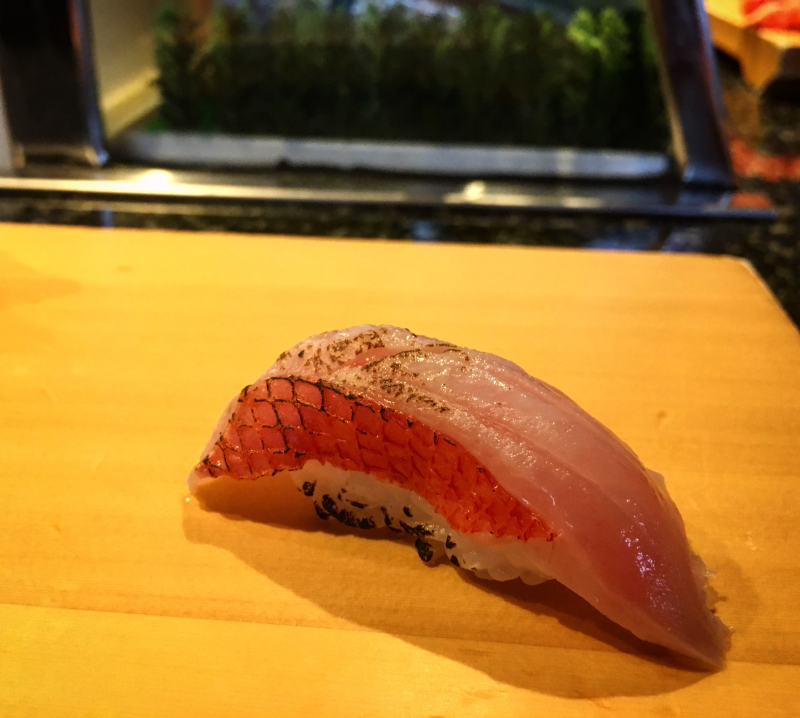 Cheers to stress eating on the high end.  It is tasty.  Woman can't just sit alone on her deck with her sick dog eating pizza. This woman really can't sit alone doing anything for very long - I like the chaos of a crowd of diners for my alone time. The sound of glasses of wine being poured, the clicking of dishware. Plus, I have only 20 points of google reviews to make it to a Level 4 local guide - then Google will start giving me free things other than fake praise for "helping people" find tasty things using Google. 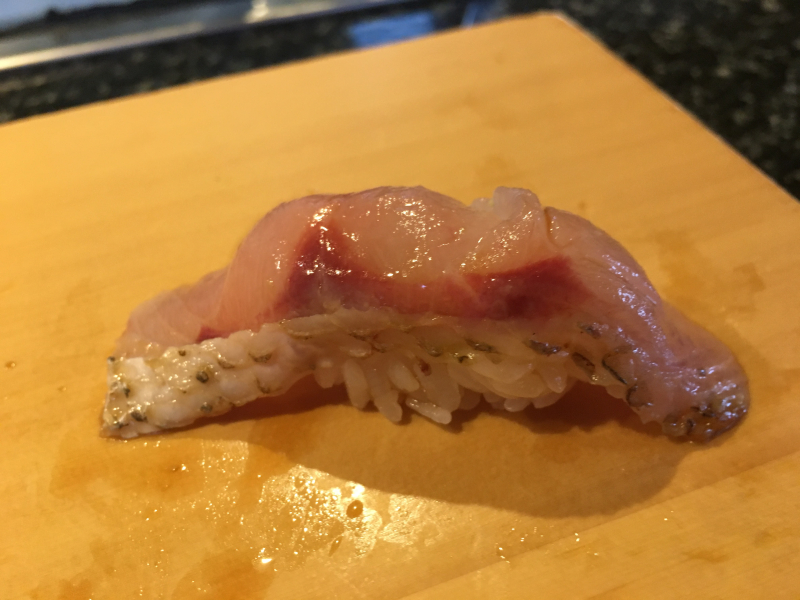 So here I am at Shiso's Sushi ordering expensive sea perch from Japan. Holy shit that sea perch was good. So was the snapper. 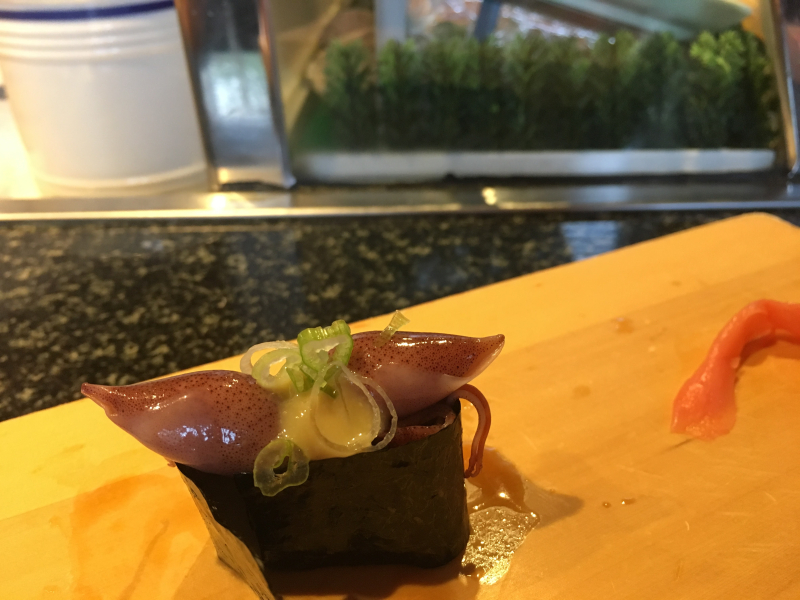 And this firefly squid - which included all of the squid except the one part you don't want to eat. 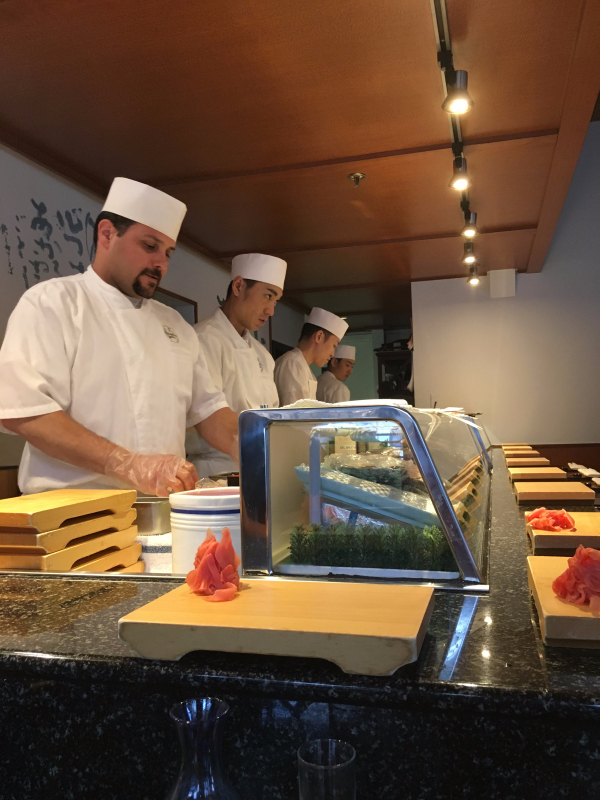 My sushi chef was a straight up Midwestern looking white dude. That was a bit disconcerting - but he was funny, nice, and answered the questions of those around me (an the one I had about the Uni). It was a first. I expected a Japanese guy who didn't speak English well.  Nope - here is John Olson, normal guy who cuts fish well, making jokes and chatting with tourists. Serving Uni. 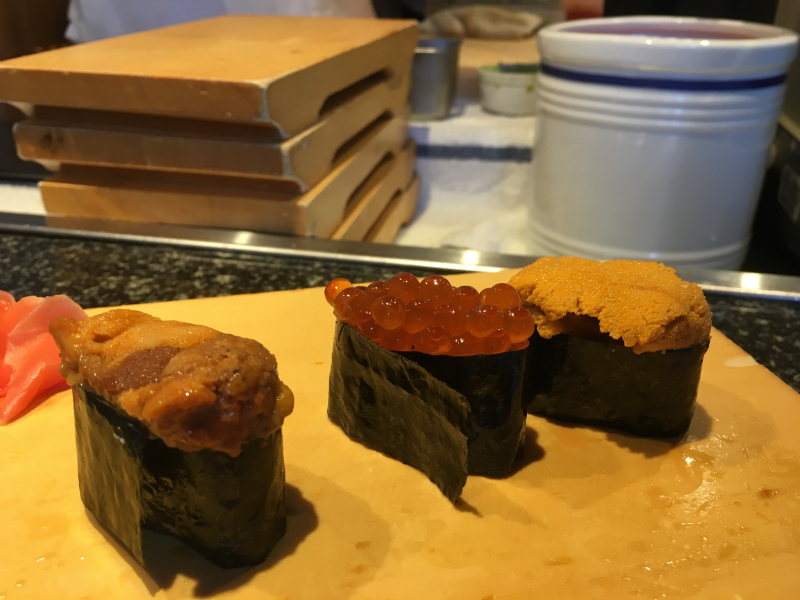 I wish I could say I eventually reached my budget of reasonable - and was able to stop there.  Instead, I quickly found myself at budget because of that amazing sea perch from Japan and the special sake - so then it was just a matter of pulling the emergency brake and extracting myself. It was hard, but I pulled myself away, I wasn't even full, I wasn't even satiated - but nothing right now besides being dropped alone in the jungle was going to fill my wanderlust craving soul. Not even some of the best sushi in Seattle, or the world. Time to stop while I was ahead, work my way home and meditate.