Seattle is the gateway to a whole host of islands - from the San Juans to Whidbey to Vashon.  Vashon Island is known for its agriculture and its low vaccination rate - it is also just a 20 minute ferry ride from West Seattle. My friend Diana and I decided to go for a day trip to check out the Vashon Island food, farm to glass libations, and some easy hiking on a sunny Saturday in May - a perfect Seattle day trip on Memorial Day weekend. 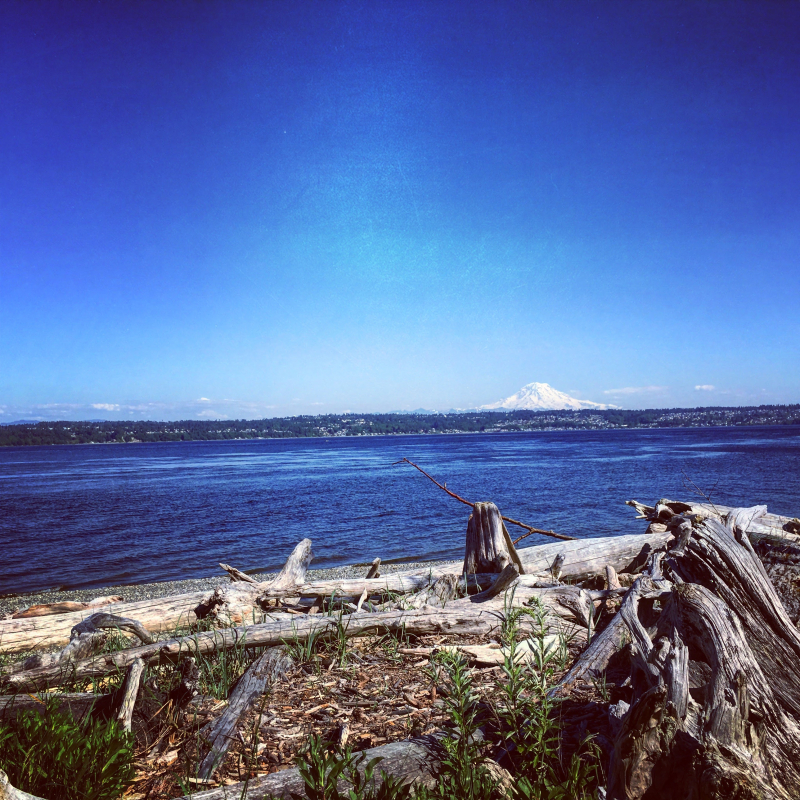 I did a quick bit of research before we left and found that Vashon has wineries, hard cider, a distillery, a brewery, and a coffee roaster. Drinks to cover the entire alphabet of tastes. Meanwhile, the restaurant scene was also quite good.  A little bit of looking and two places popped out as winners - one for brunch and the other for dinner, the only two weekend day trip meals one needs to worry about. 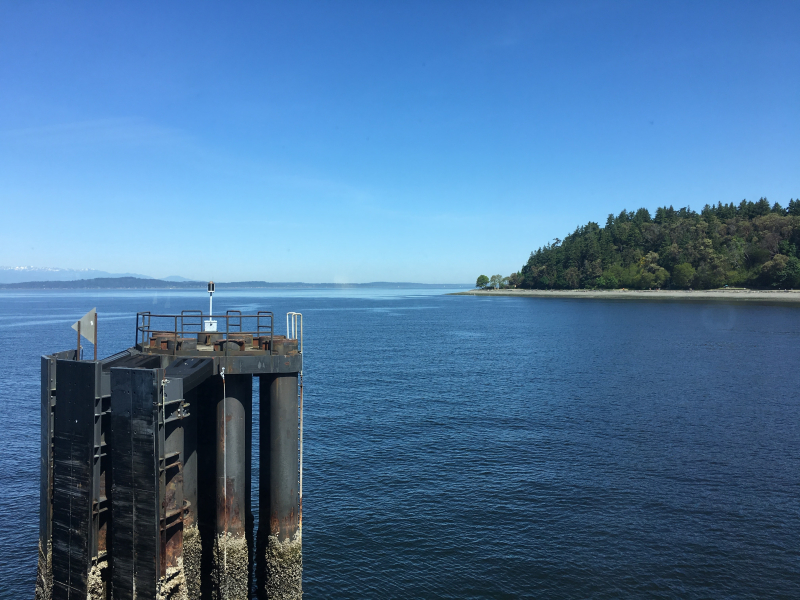 The one risk of the trip was the two ferries (there and back again) in one day.  There was the possibility of not getting there until afternoon or being stuck into the wee hours of the morning.  Luckily, we got on the 10:45 am ferry so we were sitting down to brunch at Bramble House by 11:30am. 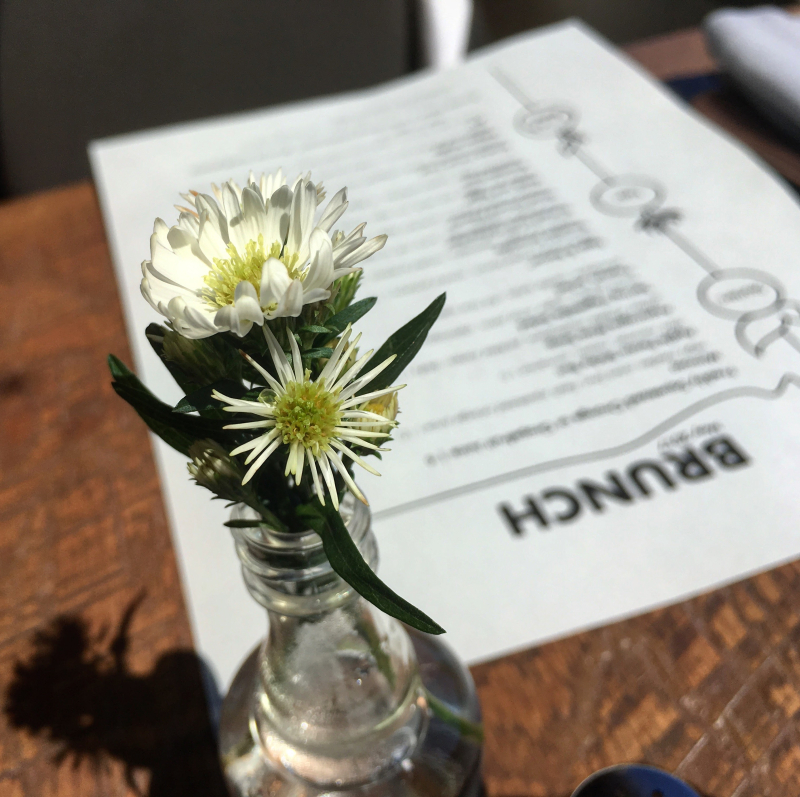 Bramble House is pretty new to the island and specializes in fresh farm to table american bistro fare. It had solid reviews and upon arriving it was super cute set in a little white house along the road just outside of the town of Vashon. 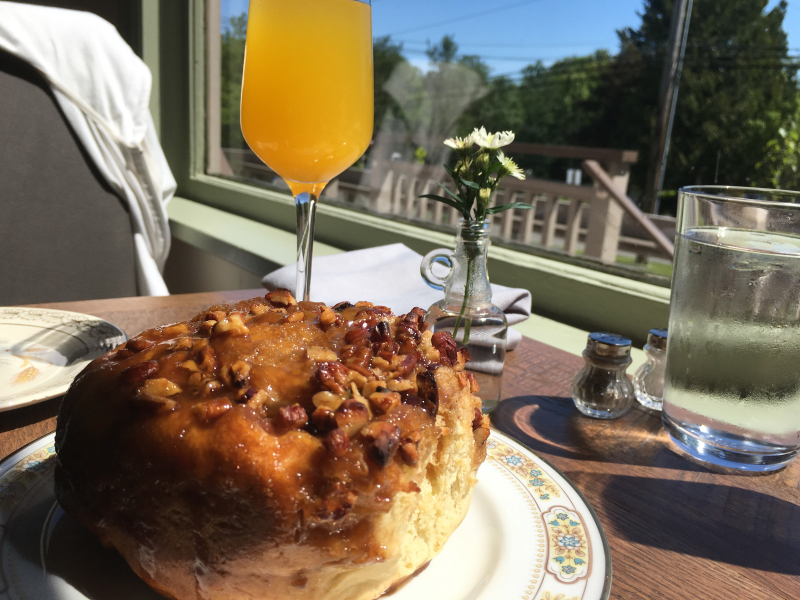 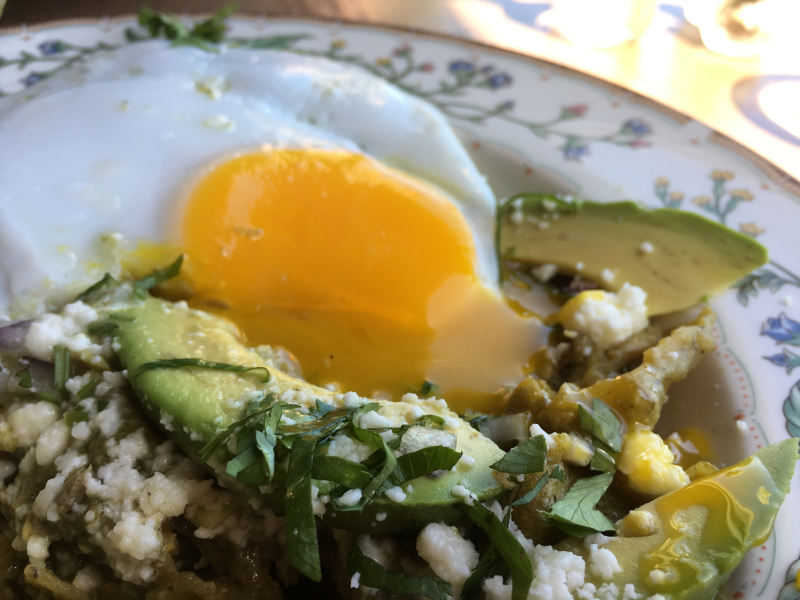 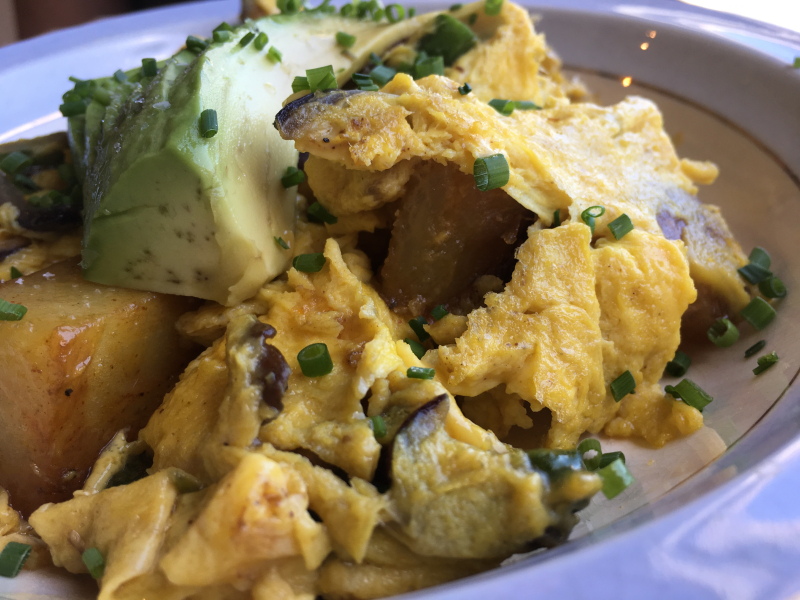 We debated whether or not to get salad - but decided on the pecan apple cinnamon roll instead. Then followed it with duck chilaquiles and the bramble scramble.  All food was fabulous and rich, for example the primary fruit/vegetable in my duck dish was avocado and cilantro - but it had the best rich umami duck fat and tangy fresh cojita cheese and green salsa going on. It was the perfect walking off type of brunch. 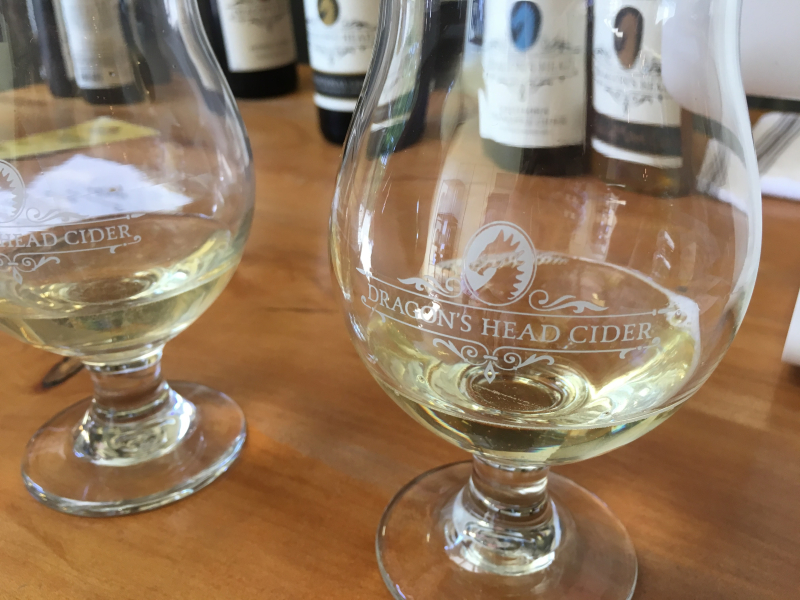 But first we wanted to check out some of the local beverage establishments while their tasting rooms were open. Dragon's Head cider appeared to be the closest so we headed there way to find a lovely tasting room set on a picturesque forest and orchard. 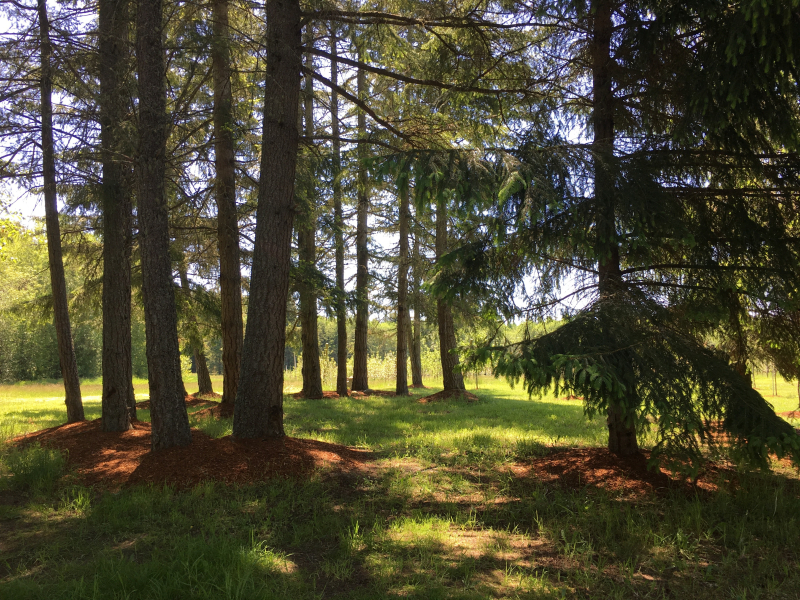 For the tasting fee of $5 you get four cider tastes that you can leisurely drink at the picnic tables, inside the tasting room, or down by the little lake in a hammock. The cider maker is also is totally willing to pour you another if you ask, and you get to keep the glass.  The cider is now my favorite of Washington ciders - especially the single varietal using crab apples.

Having missed the Farmers' Market we spent the next hour or so looking at art and shopping among the quaint shops of downtown Vashon. There is a remarkable shop just selling origami folded everything. Below is an origami peace flag - perfect for Memorial Day weekend. 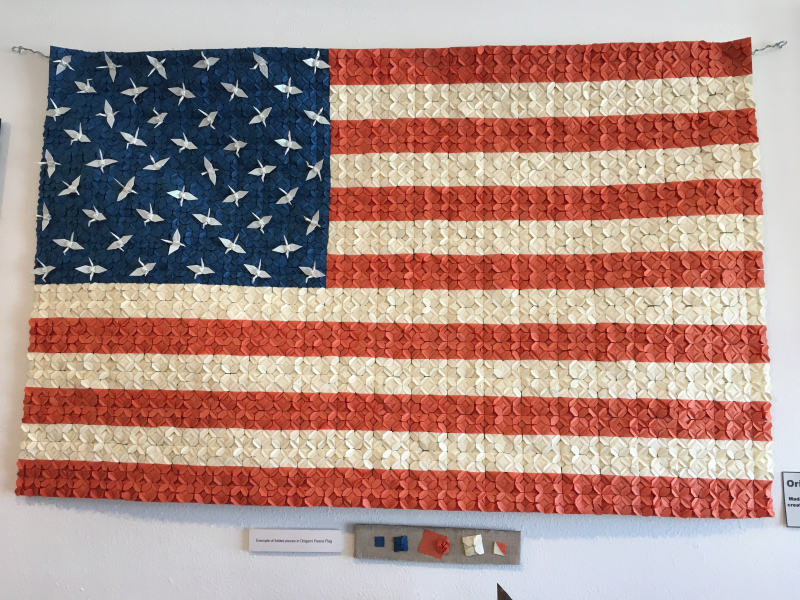 Time flew by and it was obvious we were going to run out of time to taste all the things. So we made a rush for Vashon Winery where the wine taste was free and very tasty, but not for sale. It was odd.  Why pour wine for free that you can't sell? 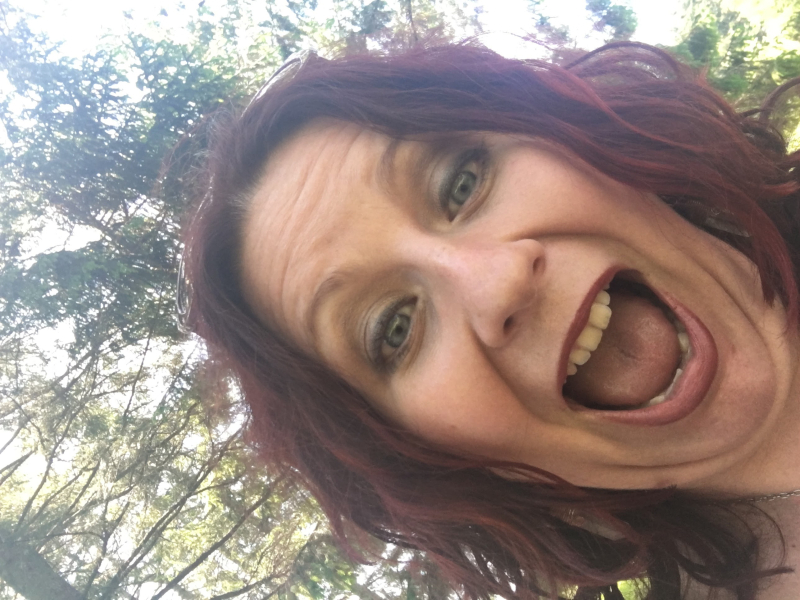 The wine maker was a very nice guy and obviously doing it as his retirement hobby for three hours a day every weekend - so we just enjoyed ourselves and noted that we would like to come back with more time to hang in the lovely yard with a glass of wine next time. 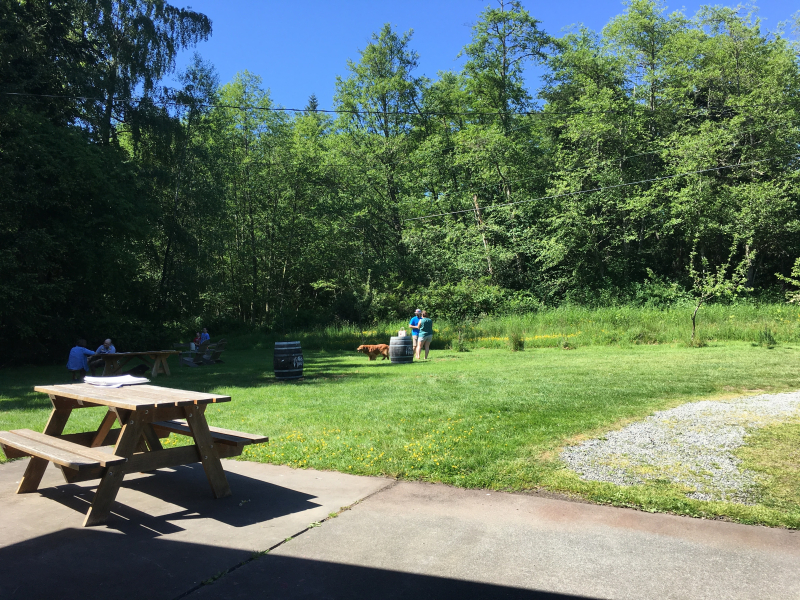 Then we headed to Seattle Distilling - where they have a vodka with smokey notes and a whisky aged in wine barrels. They also have a cute little doggie named Vinnie who sits on the lap of his owner, our taste navigator, who happens to have at least two inch curls on his handle bar mustache. It took all of my self control to not take a picture of them, because my intuition said it wouldn't go over well with Vinnie. 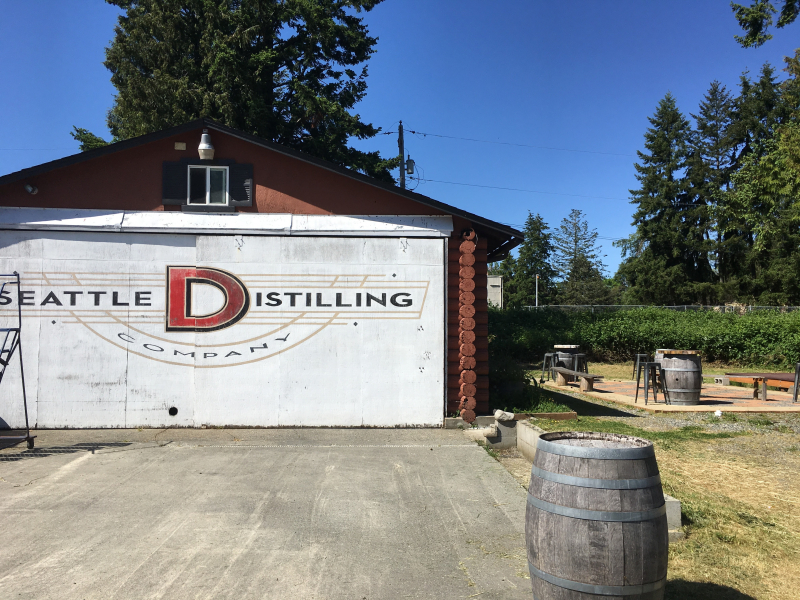 Our last libation attempt was Vashon Coffee Roasters to try the Vashon's very own beer. Per the tourist guide to Vashon you had to sample Vashon Brewing at the coffee shop because the brewery does not have its own tasting room. Unfortunately, the only thing on tap was IPA. No bueno. So we went with iced coffees and learned all about the cold brew called "toddy" from the super coffee nerd barista behind the counter. As a character, this fellow exuded coffee knowledge in a nice down to earth way that didn't put him in the category of snob.  It was just like one might know what key opens your front door, he had that knowledge of the world of coffee preparation. Having exhausted our drinking options we took our ice coffees to the other end of the island for some mild hiking along the beach, by a working lighthouse and through the woods. Vashon Island is a beautiful place in the sunlight and the shade. 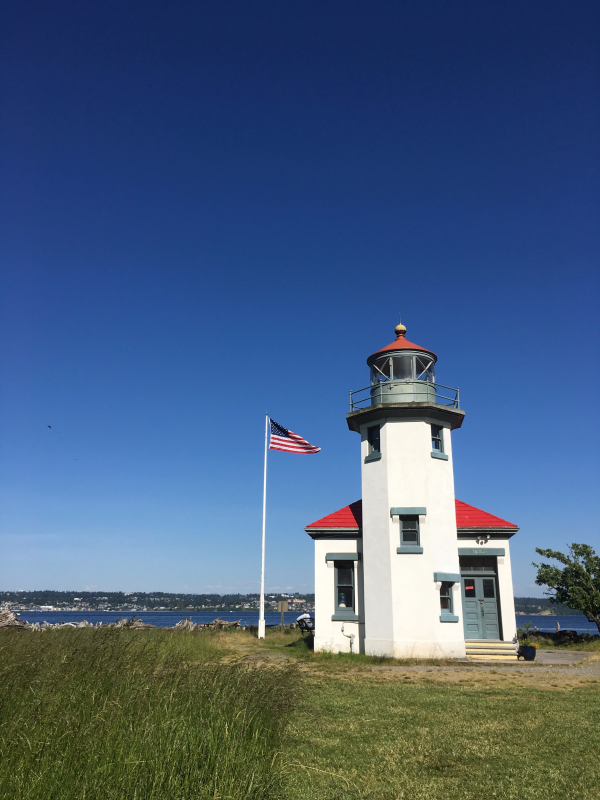 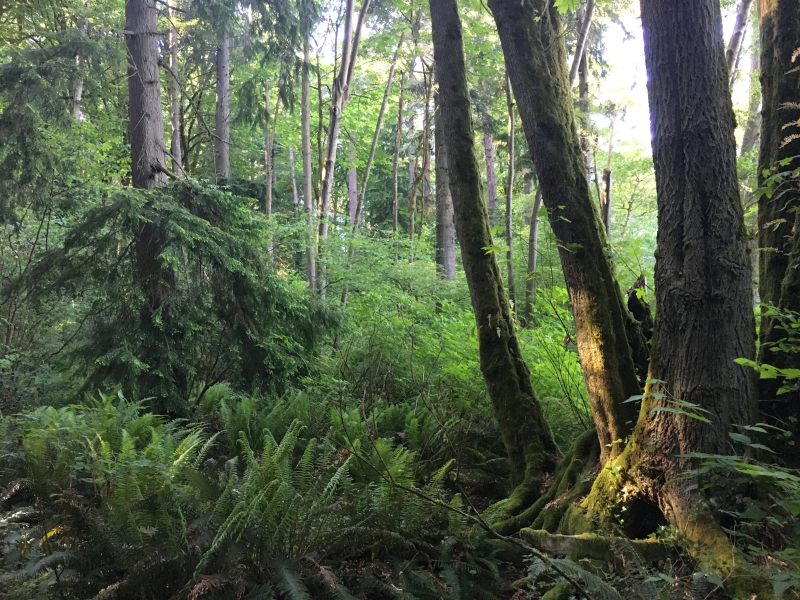 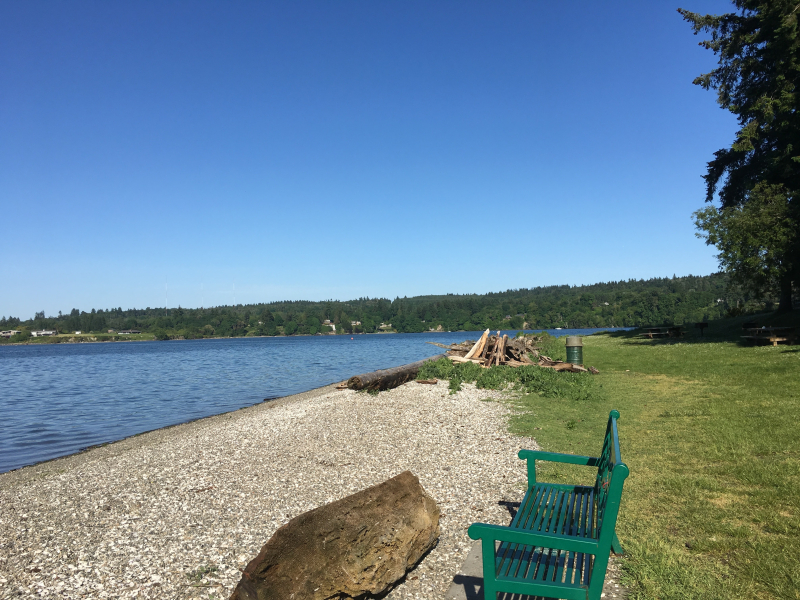 Hiking through the forest was such a shift from the busy sunny beach filled with people and kids playing among the drift wood pieces and sand. The forest was silent and smelled of moss and rainy wooden rot (the pleasant kind).  We found this strange mushroom growing from a tree that looked kind of like a flower. 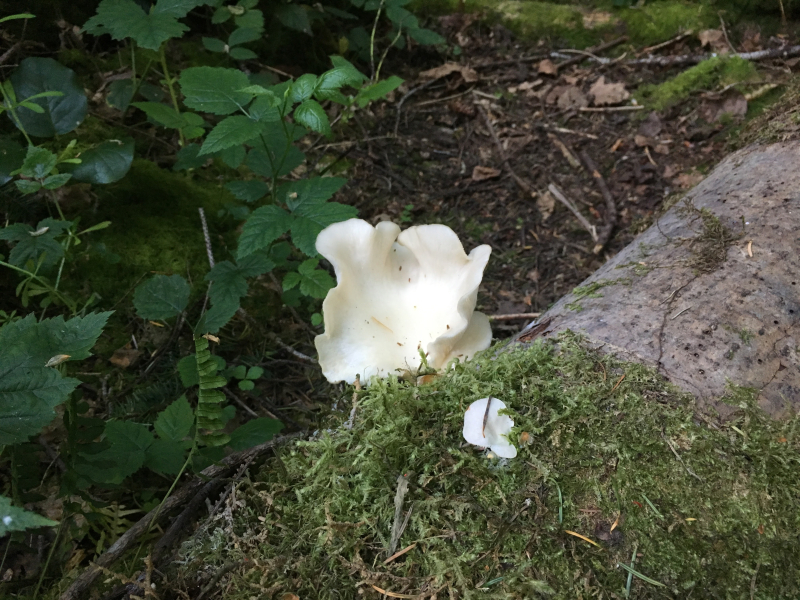 After a good walk we had finally worked off brunch and our tastings so it was time for dinner at Gravy - a new establishment bringing together touches of Southern Cuisine with the Pacific Northwest. It just got a write up in Seattle Magazine for its Trifecta Burger - which is a combination of duck, hamhock and sirloin. We had to get it out of both curiosity and certainty that it would be good. 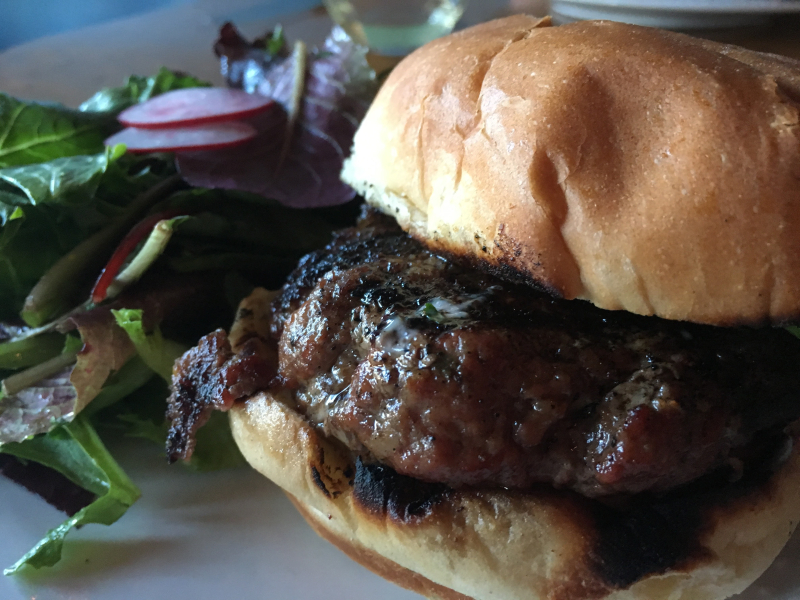 Hands down best burger I have ever had in my life. It was exceptionally juicy but magically not a gross texture as a result of said juice - like the chef knows how to create a perfect balance of fat. The flavor was smoky and porky evened out with beef - like the three meats when finely ground together harmonize to create a new and unique flavor that only their trilogy can create. We shall just call it the perfect burger. 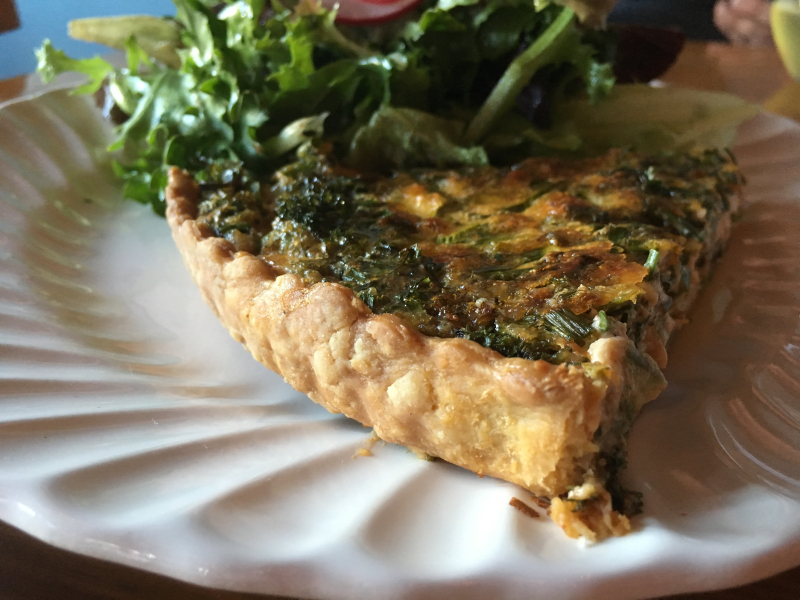 And after it was over I was certain I could never eat another thing again. At least until Sunday. We had to rush to catch the ferry or else another walk would have been in order. Instead we got to wait in line for the ferry from Southworth for an extra 30 minutes because some unknown thing happened causing a delay. Regardless, it had been a beautiful day and our ferry ride included the best views of the sunset over the Puget Sound that one could ask for. 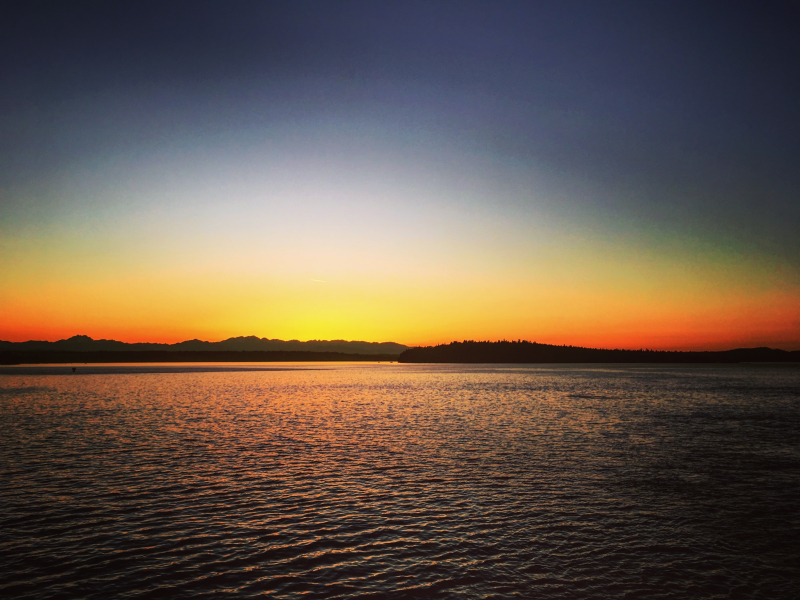