The new neighborhood I moved into in South Seattle is just a mile from SeaFair ground zero in Genesse Park.  SeaFair is a longstanding tradition in Seattle - taking all summer to build up to a climatic parade and Navy water and air show featuring the Blue Angels and hydroplane races.  Many a Navy white can be seen wandering about town the days leading up to it.

My new home features a rooftop deck (I have named Valhalla, because it is my dog Odin's primary abode) and we were all moved in just in time for SeaFair's culminating weekend of festivities at the beginning of August (thank goodness) - so I invited people over for my new grill's maiden voyage with a side of airplane noise. 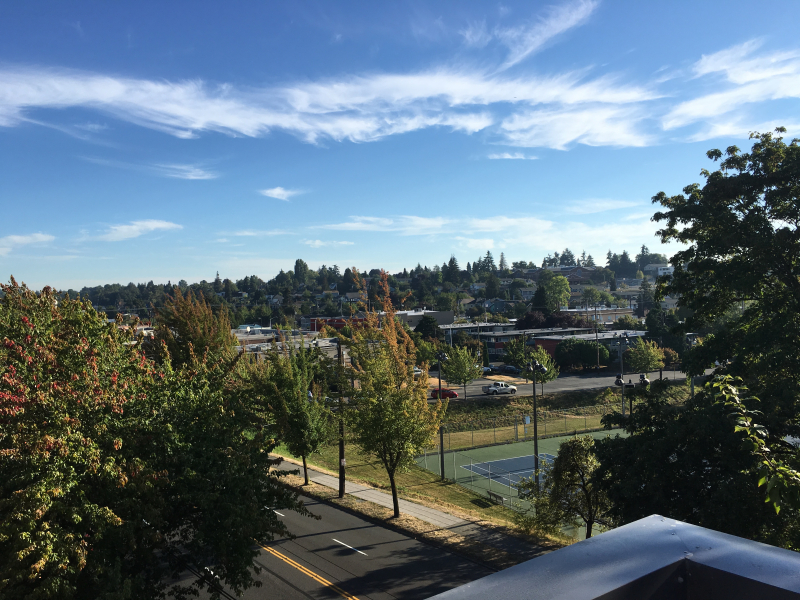 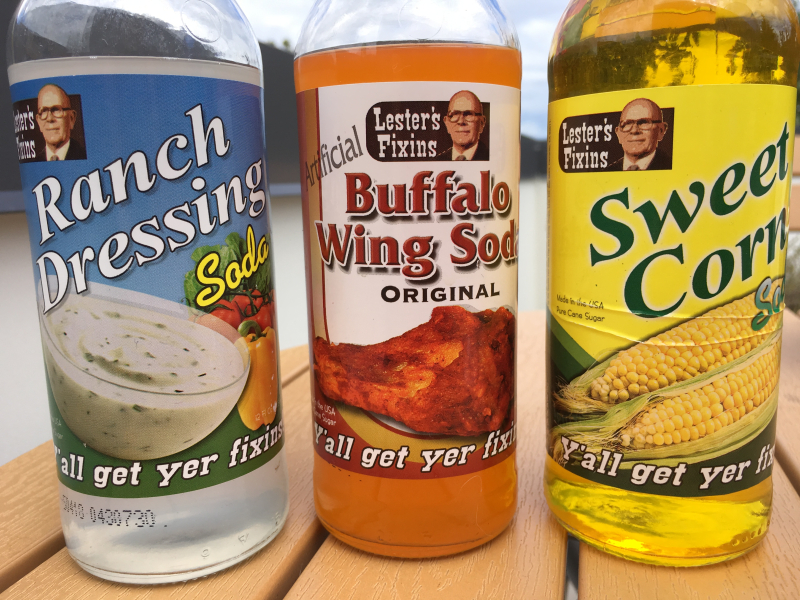 strange flavored soda tasting!! I purchased these little lovelies in a candy store in Superior, Wisconsin (just across the bridge from Duluth) and lugged them all the way back in my suitcase for a special occasion.  This was it.  A sunny day of war machines flying above my head - perfect time to taste some seriously weird soda flavors. 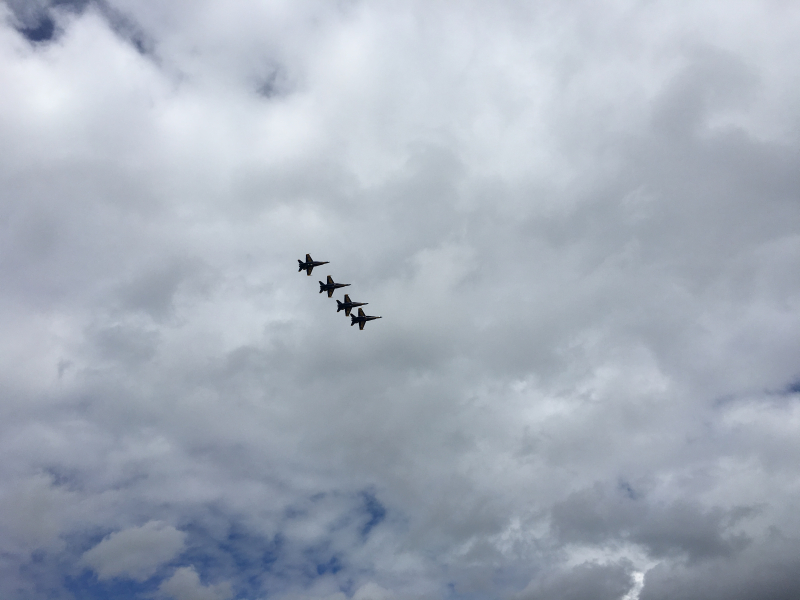 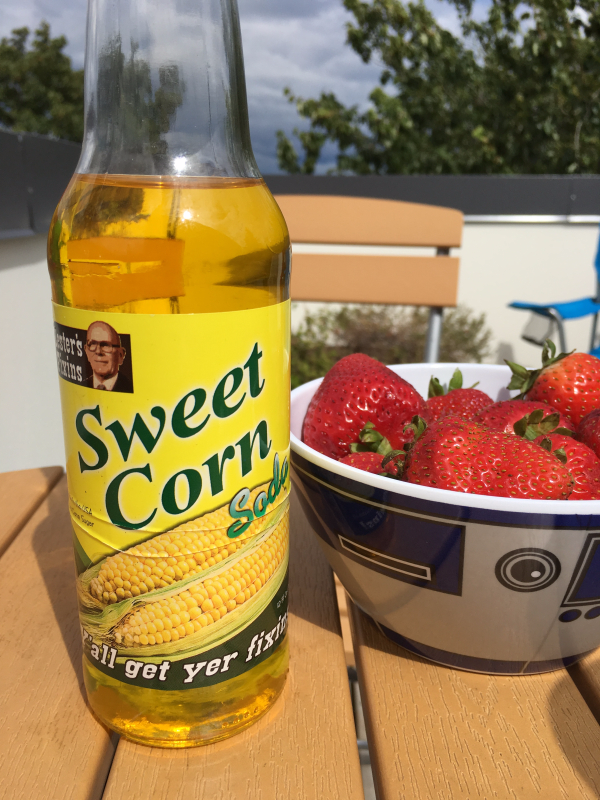 We started with the urine colored Sweet Corn flavor to work our way up to the most vile possibility - Ranch.

Taste: corn forward, corn on front, pure sugar lick on the back 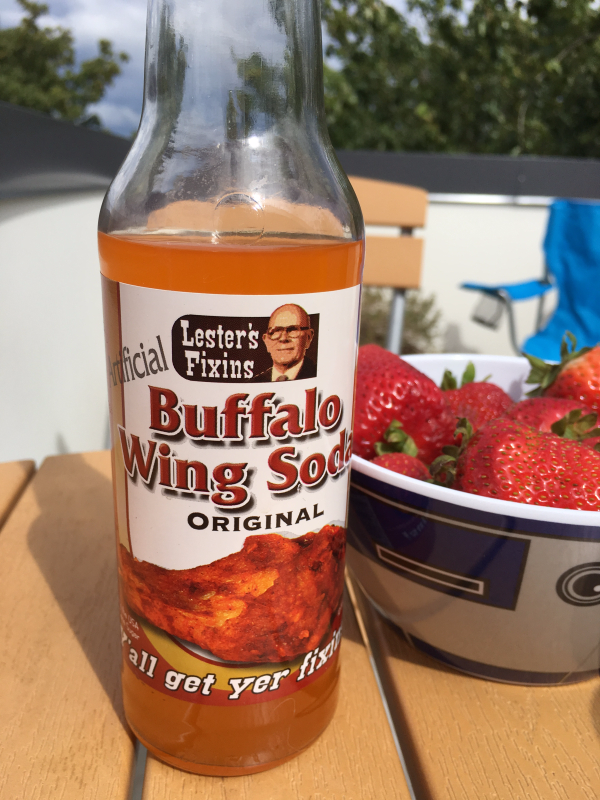 Then there was Buffalo Wing soda.

Taste: Slow crawling pepper, starts bland on the tongue and moves up the nose in a nonchalant manor. All pepper evened out with the sweet of the soda, that tastes like orange colored sugar water should taste. 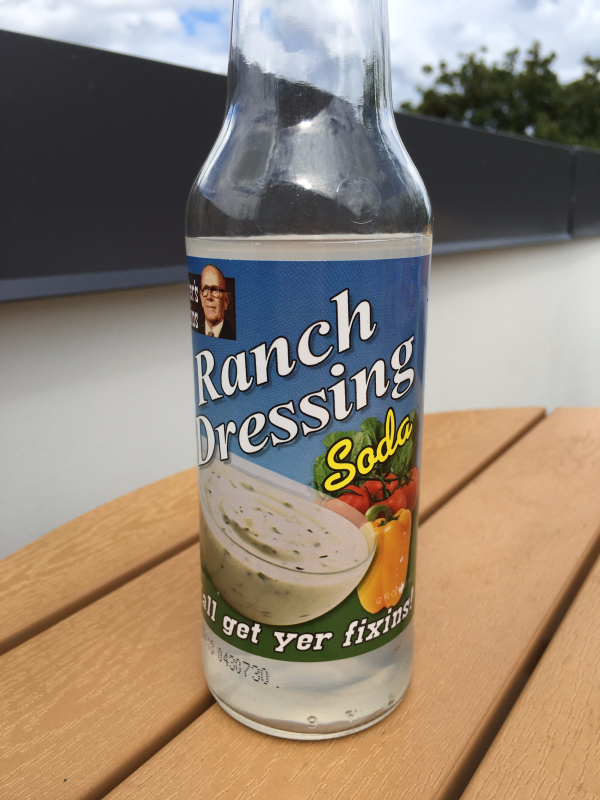 Texture: Thin soda water with death inside of its soul 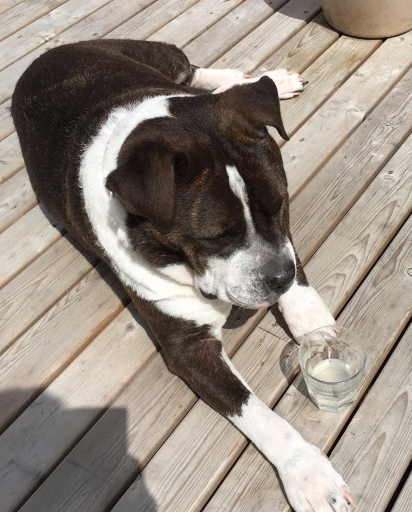 We tried to get the dog to sniff or drink the Ranch flavored soda. Odin was not having any of it. He was smarter than the rest of us. 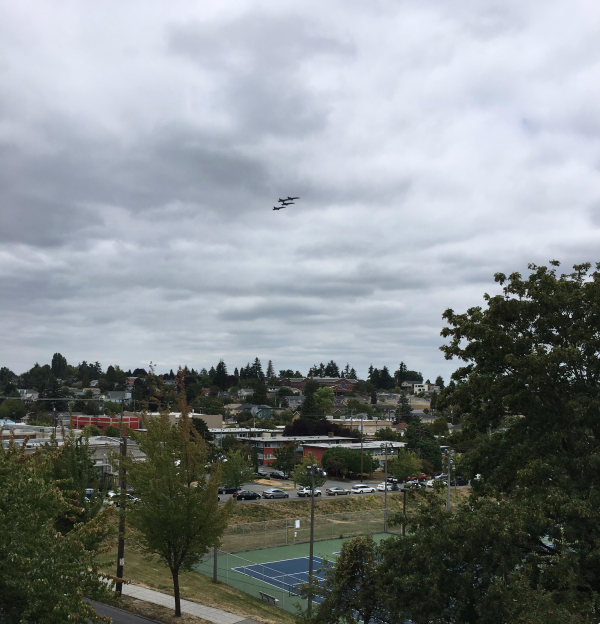 As an experiment the conclusion was - stop before you are behind enemy lines. But alas, no soda is purely enemy (unless you are a diabetic) but either way the result here was that looks were the same as truth. All the flavors were disgusting, and the only version of good did not involve finishing the soda beyond the initial taste.