LitFuse 2016 - Poets Unite for the Tenth Year in Tieton Washington

Ten years ago I showed up in the very small town of Tieton, Washington for a brand new poetry festival called LitFuse being put on by a brand new arts organization called Tieton Arts and Humanities.  I barely knew a soul, I was very new to Washington at the time, a bright and shiny 28 years old, and super jazzed to find myself at an inclusive poetry event that felt like community and family. 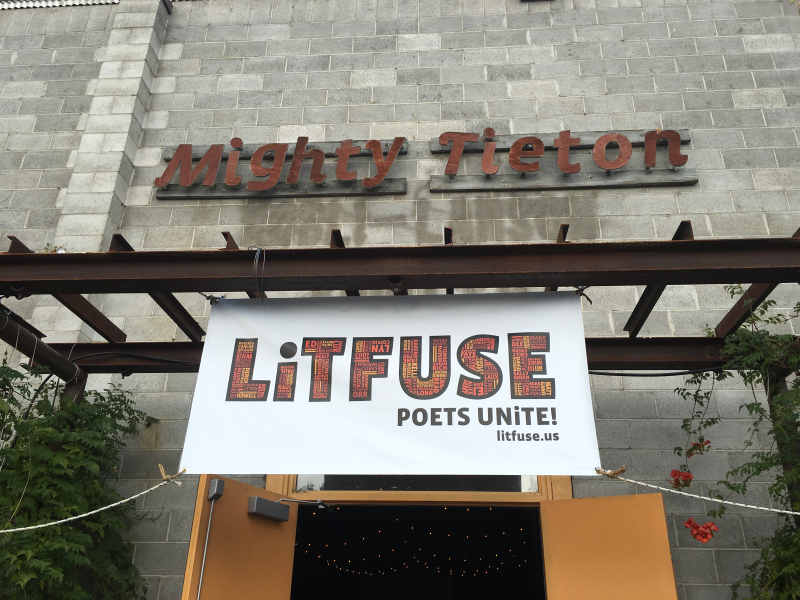 I can barely remember how I found out about that first LitFuse in 2007, the timelines of who would have invited me and how all blur together - now its as if it has always been there, like I knew intuitively it was happening - even though that is obviously not the case.  I just have so much gratitude I was able to be part of this arts community since its beginnings. 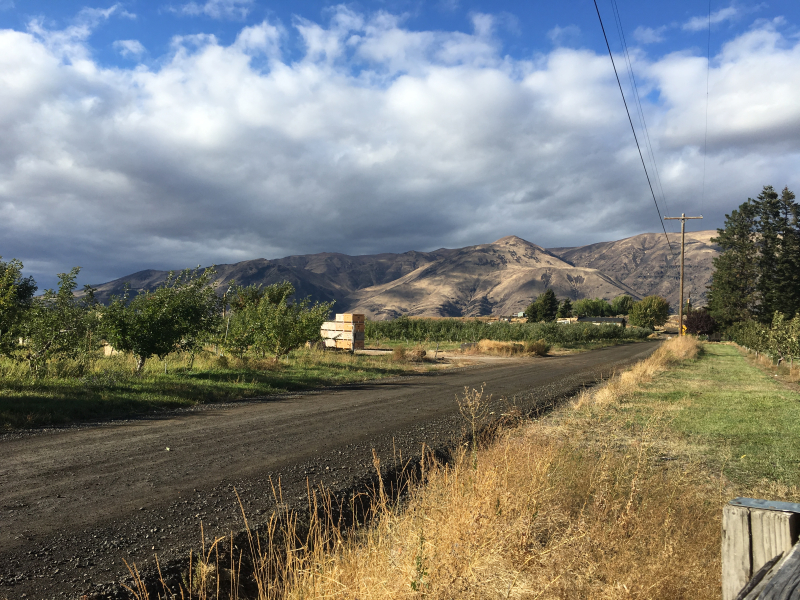 I do remember the first time I saw the sun shine off the hills and mountains of the Yakima Valley.  I couldn't believe my eyes. I remember thinking - I have moved to one of the most beautiful places in the world. 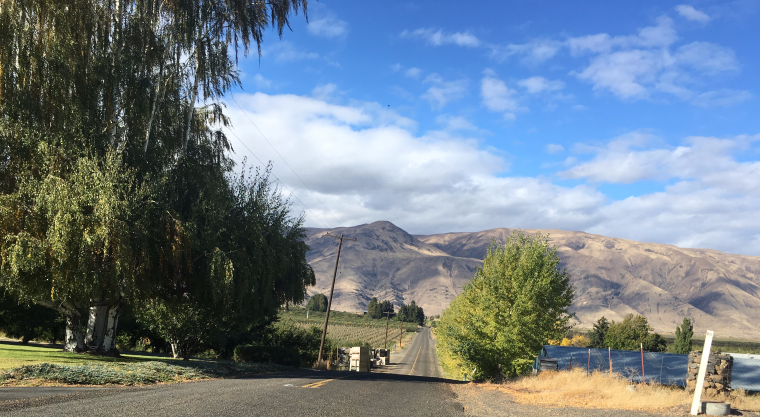 Seattle has the Puget Sound and a view of Mt. Rainier, but the Yakima Valley has golden hills, vineyards, orchards and rolling hills that are in the words of my best friend, roommate, and LitFuse's official photographer since 2014 - "a photographer's dream." 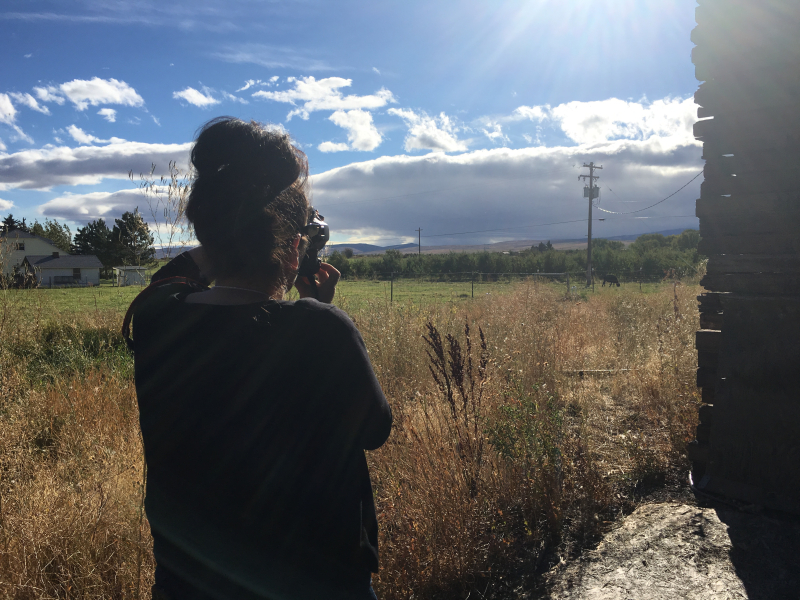 My image of wine country is so shaped by the beauty of Washington that when I saw the Napa Valley I wondered what all the hype was about. It was just so "valley-like" and sad in comparison filled with all of its wine theme parks and plastic people. Washington wine and orchard country is still very real - filled with farmers and thanks to Tieton, a few more artists. The first time I drove up the small logging road pretending to be a two-lane highway up to Tieton from Naches, Washington there was a semi-trailer pulling an entire load of apples up the hill at the pace of cement drying.  It almost ran me off the road in slow motion because there wasn't room for the semi and my car at the same time. I was so confused because I had never encountered gigantic trucks on small roads going uphill before.  I just tried to stay out of the way.  It was a good choice, because I made it to Tieton alive. 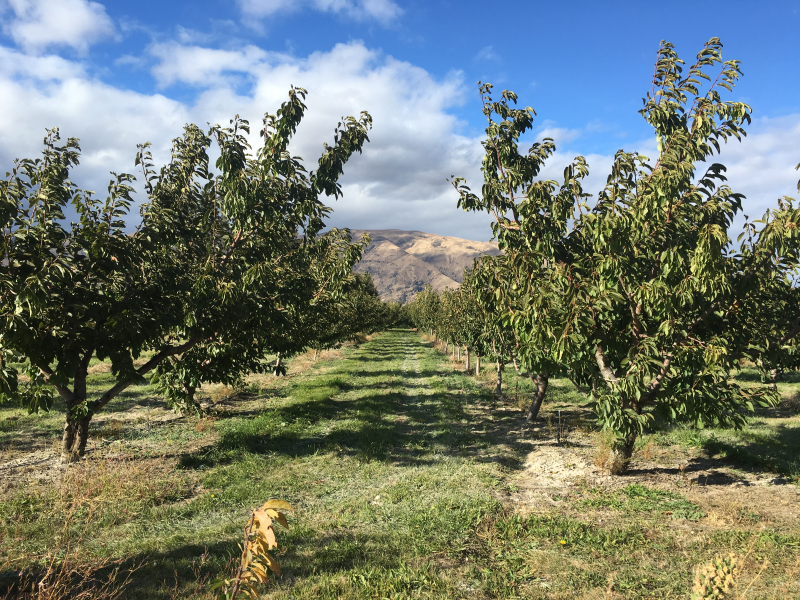 Ten years later, the road up to Tieton is now four lanes wide and covered in smooth black top. The gigantic tight S-curve is gone. You would never know there was a place an upright semi-truck could jack knife you as a result of rural orchard road ignorance there once upon a time. A lot of other things have changed as well. Like the mosaics that decorate the town, and the amazing artists that populate it. Us poets no longer look like strange aliens wandering a ghost town with lanyards on.  We look like we belong there, for some reason, maybe its because so many of us think of this place as home for at least 3 days out of the year. 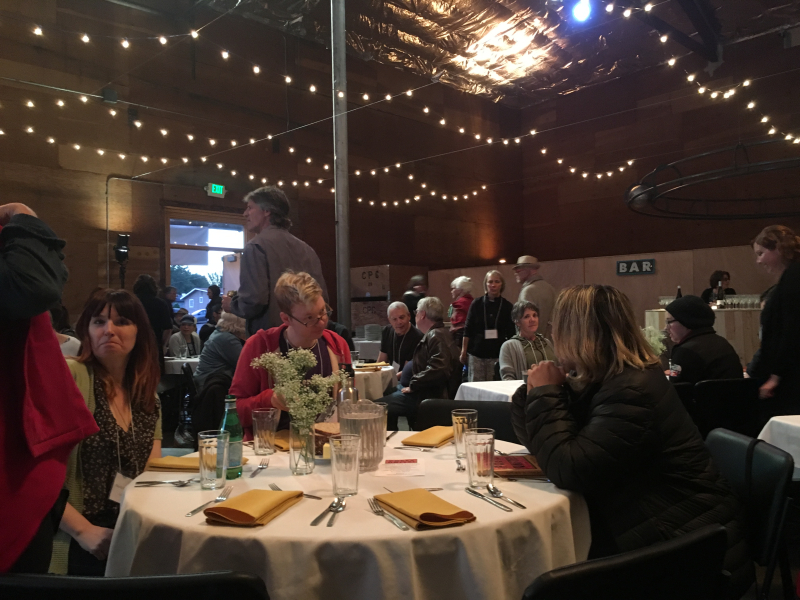 At this year's banquet we found out that thanks to LitFuse, Tieton Arts and Humanities was able to flourish and become the arts organization it is today. It was an anchoring event that gave it a reason to exist - so poetry became a hook to attach the arts to this place. So appropriate when the first LitFuse felt like it was anchored in the poetry of place. 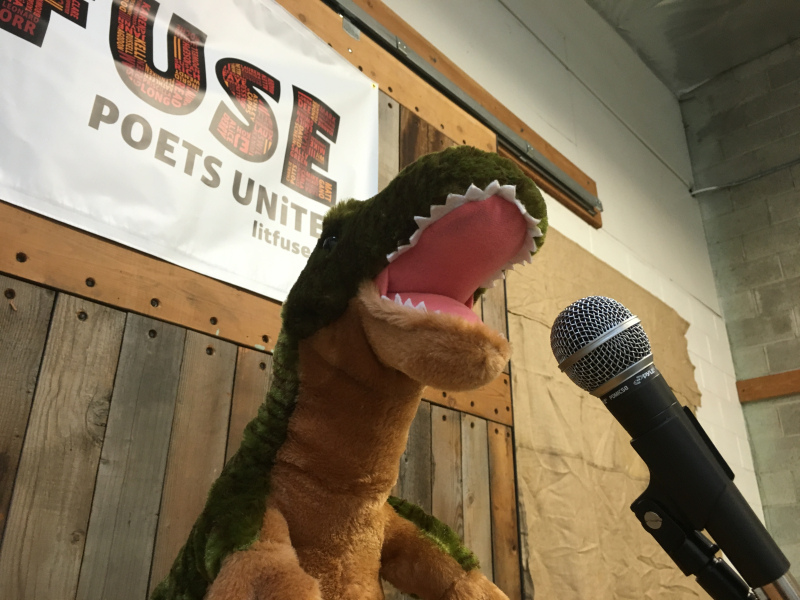 Gone are the days of Tieton being a shell of a town with abandoned store fronts and some artist revitalization experiment doomed to gentrify wandering its streets.  The experiment worked - the artists have become locals, the poets who come for LitFuse infuse the local economy with dollars and recognize the place as a sort of home. It is not gentrified, it is revitalized. 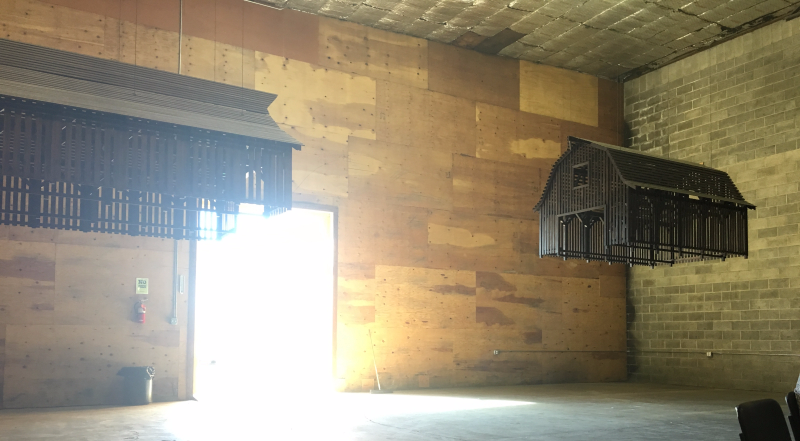 Meanwhile, LitFuse went from a small cohort of 32 poets to over a 100 - and this does not count the visiting faculty and alumni of poets that call LitFuse a sort of home.  International poets come to be our teachers, and people like me return again and again. I would wager to guess this event now can count over 500 as its alumni, at least. The most special part of this year, for me, was for the first time ever, I actually got to stay in Tieton. 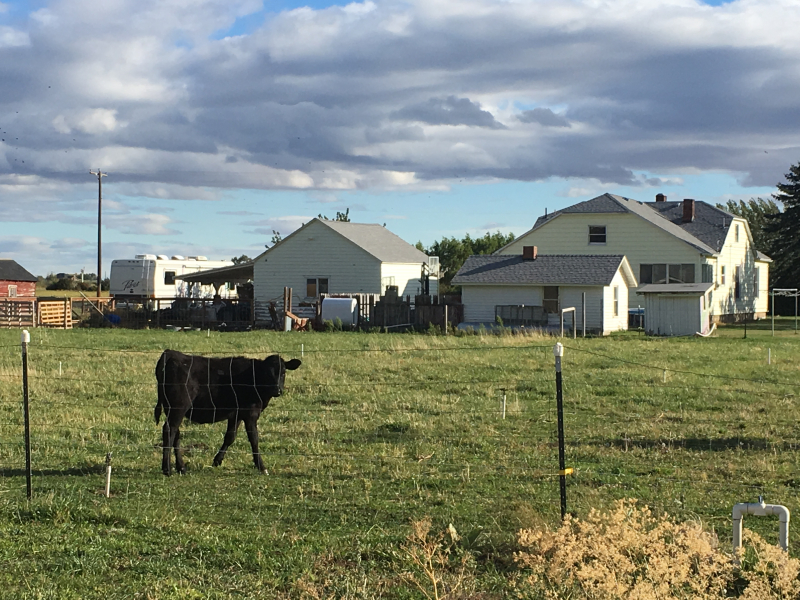 Myself and my now roommate Stephanie stayed in a home stay of a local artist - who just happens to live in an old abandoned apple warehouse. Hello, photo opportunity! and welcome to random.  It was awesome and amazing. 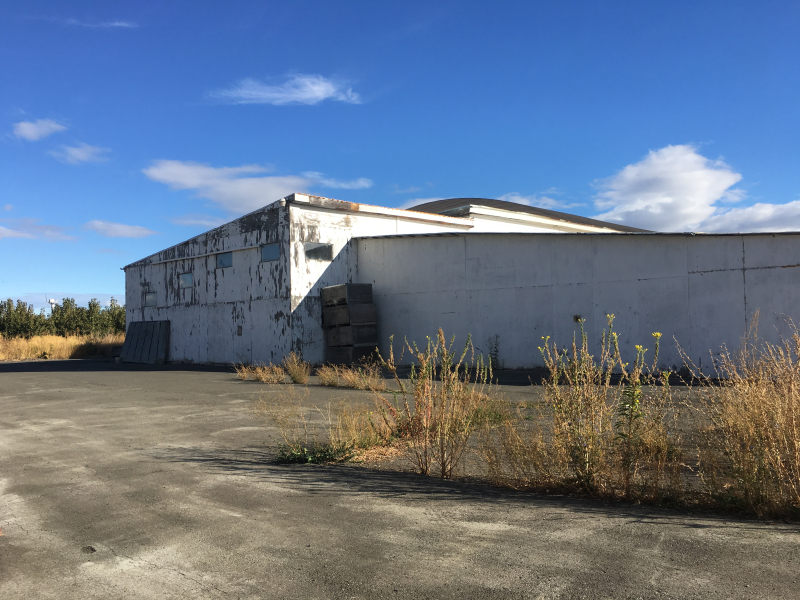 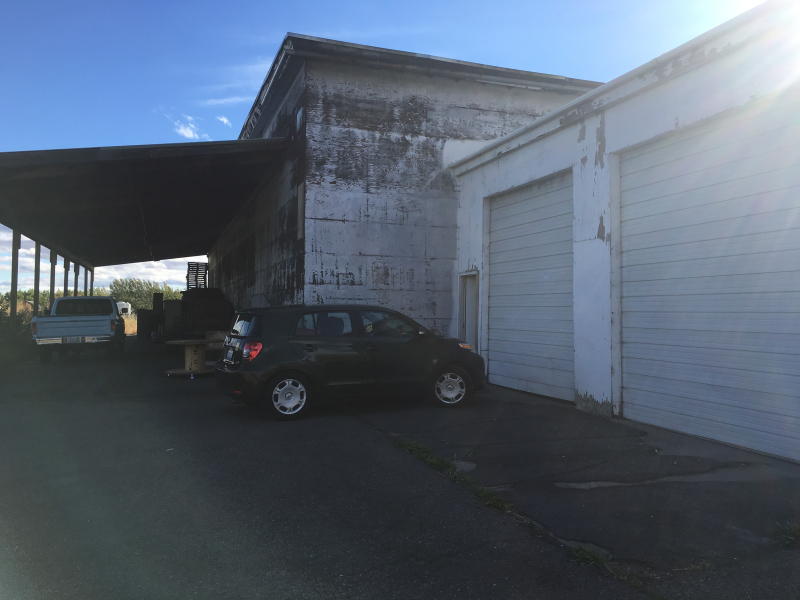 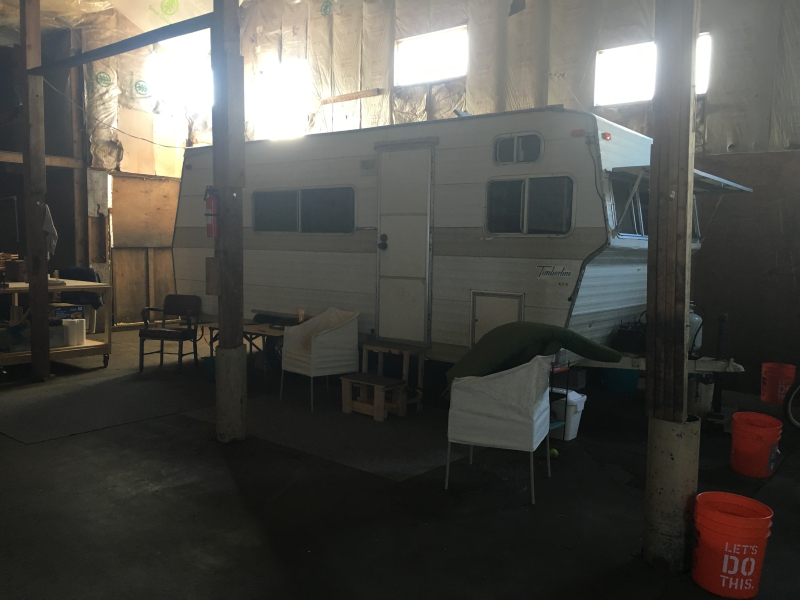 We spent our first evening in town taking photos with our light rod and extended exposure in the total blackness of a country side lacking light pollution. 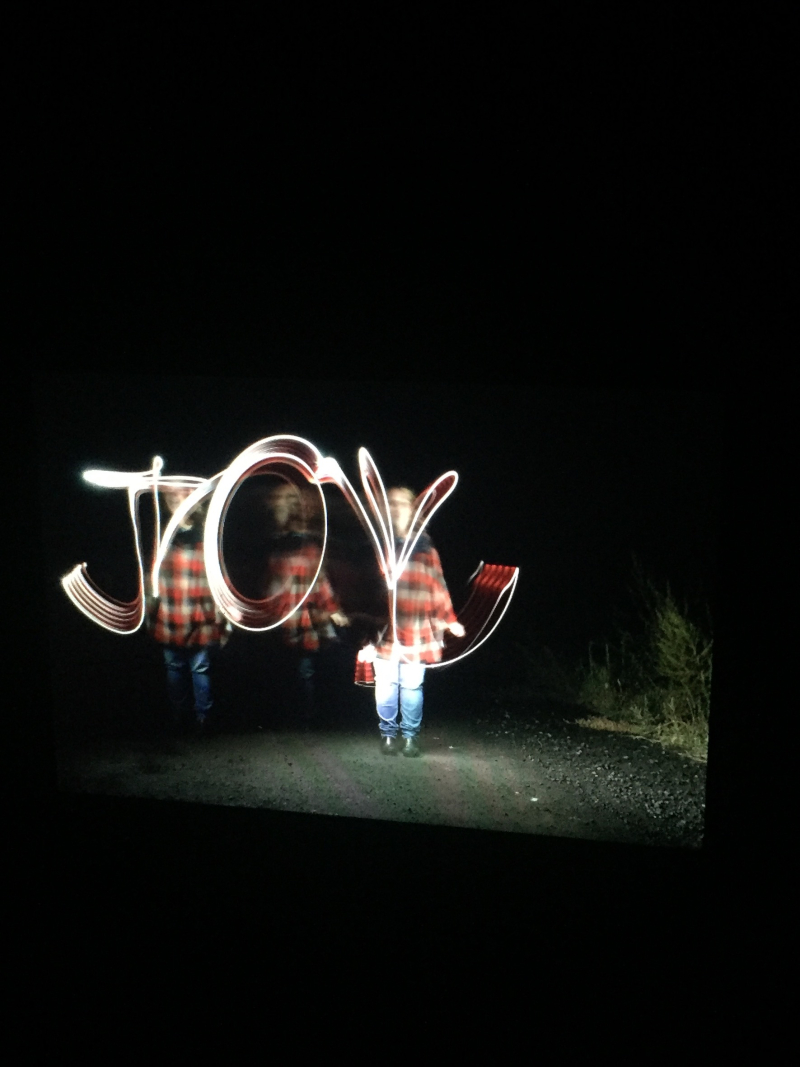 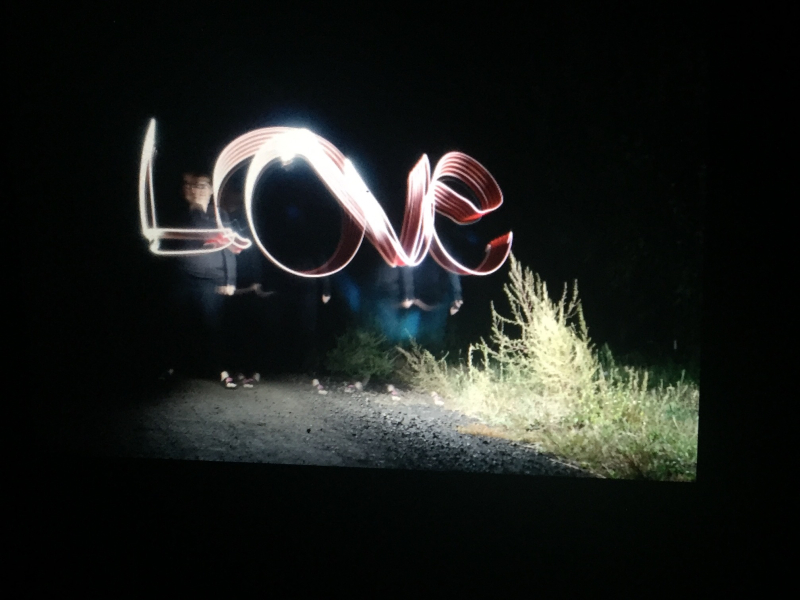 It was quite fun.  The warehouse also offered other fun photo opportunities. 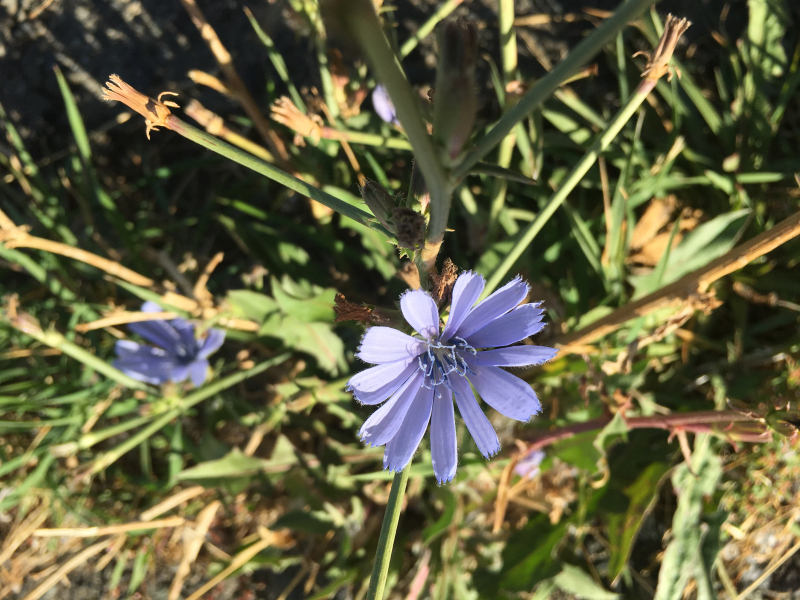 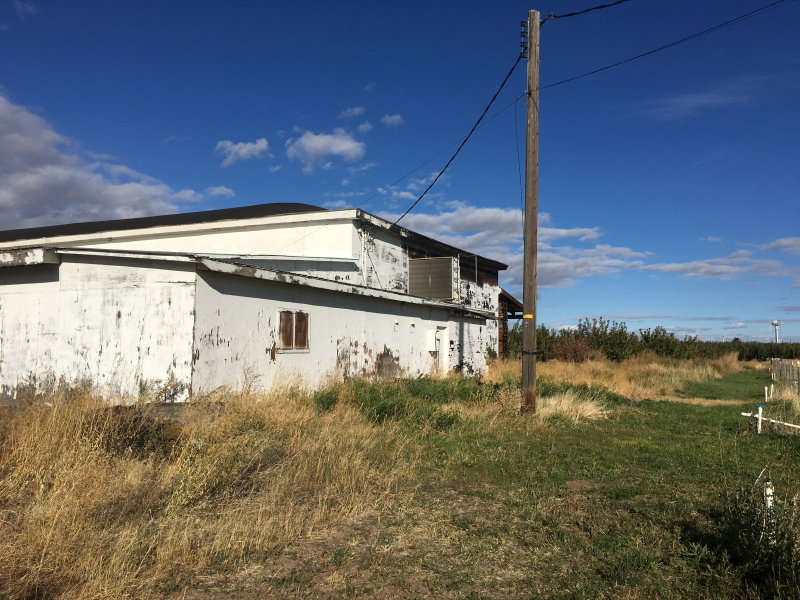 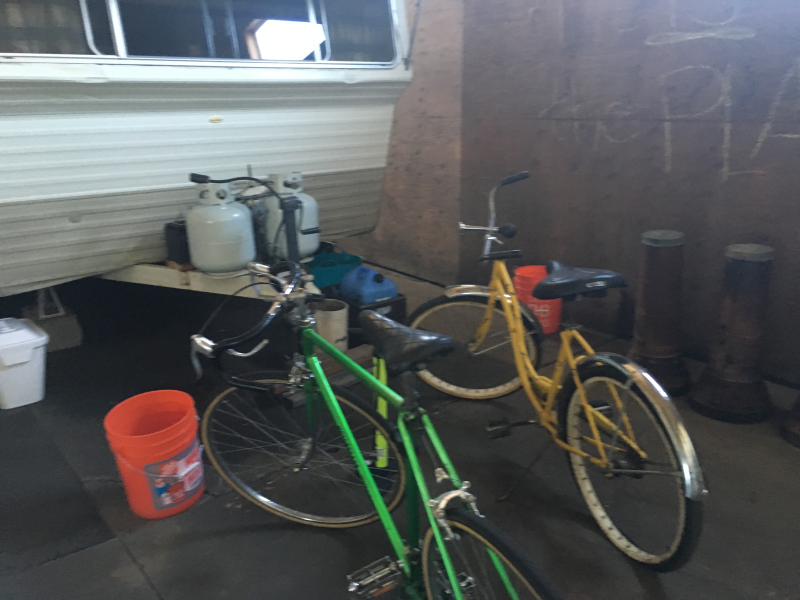 I really didn't take that many pictures after Friday, I'm sure Stephanie took thousands, but that was her job, my job was to write - and I dove in, like every year I threw myself into the throw of the different breakout sessions and attempts to just be in the moment of writing whatever it brought me. 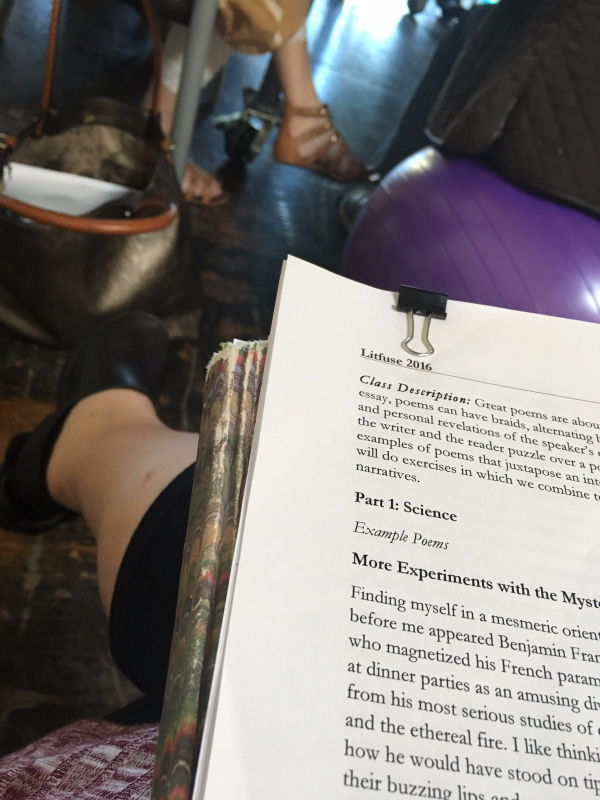 Some of my best poems in the last ten years (LitFuse starting my serious dedication to poetry) have come from this weekend. This year two of them appeared in the the 10 year anthology printed by Cave Moon Press. 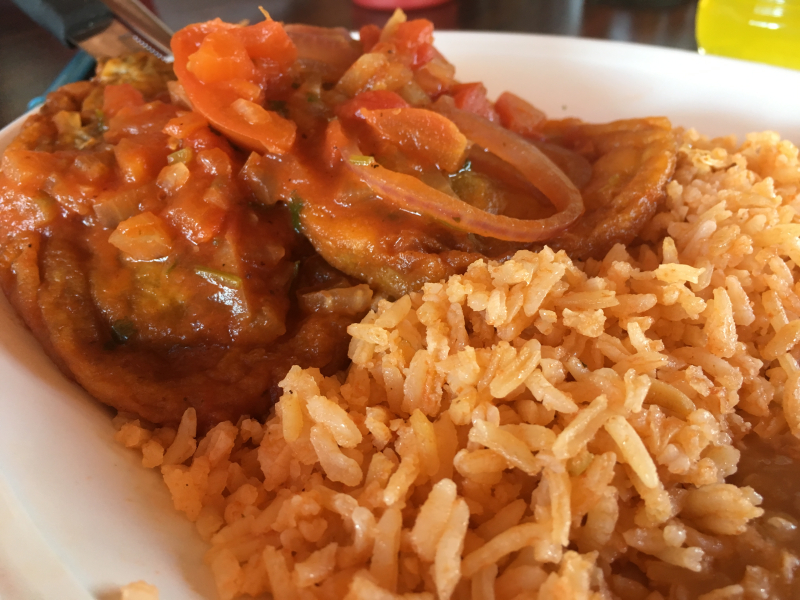 I'd also like to give a shout out to Fernando's - the new restaurant in town - that chose to be open while we were there.  Their chiles rellenos is the bomb - and they were open and welcoming and so happy to serve all of us in all of our odd poetic glory with much gratitude.  I hope to see them next year and eat those chiles again. 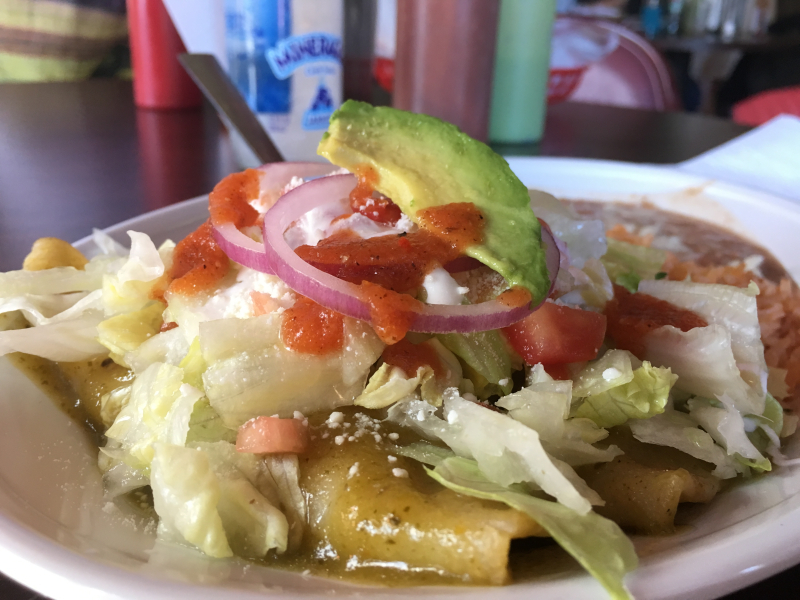 Their chicken enchiladas were also nothing to shake a stick at.  Yum.  I told the Tieton Arts Cafe that they would have to try harder to compete with their new competition.  This is a good thing - all local business should thrive because people come to town for arts and poetry. 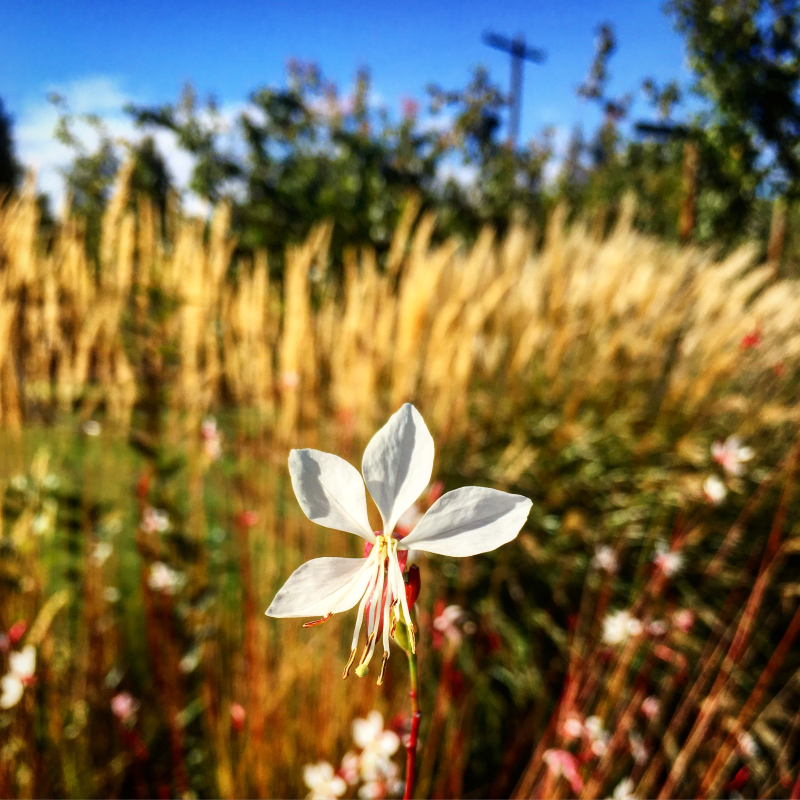 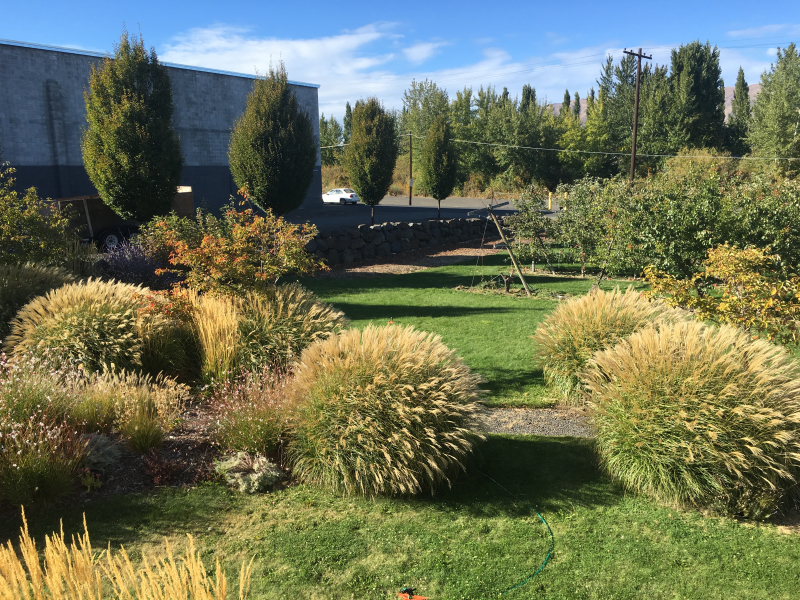