Home Archives About Me Profile Subscribe
A Day in Toronto - Cheddar Waffles a T-Rex and Dinner at Antler
Of Ta Prohm, Angkor Wat, Banyan and Checking in to Viroth Hotel

Across the World in 24 Hours to Reach Siem Reap Cambodia

Of all the trips I have ever taken, I felt the least physically and emotionally prepared for this jaunt across the world to Siem Reap, Cambodia.  I decided to go to Cambodia on a whim in February - then life in Seattle decided to throw a curve ball at me - changing pretty much everything in some significant ways and triggering all the things that will eventually make great poems and essays later. But not quite yet, and ready or not, the trip was going to happen. 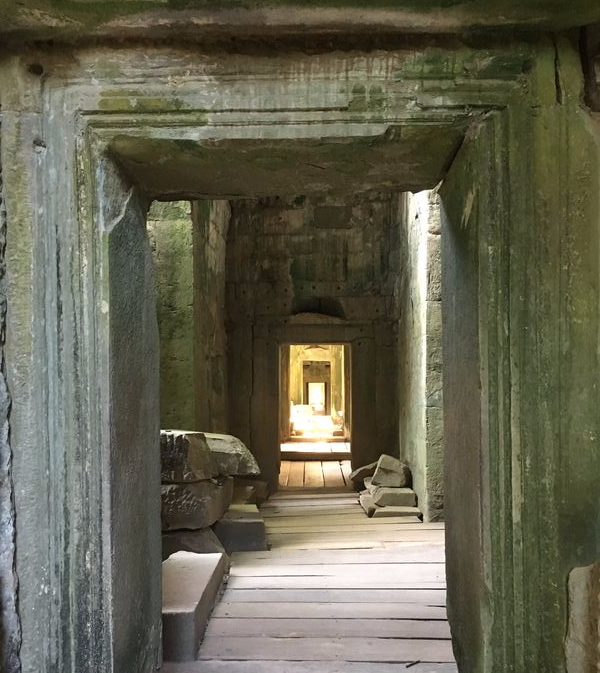 Luckily, I still have Jimbo, and he is holding me together as my constant and travel companion. In honor of my stuffed teddy bear sticking it through with me for 15 years now, I got Jimbo some new travel digs in the Seattle airport. It was time for a carry-on upgrade - and I'd been eyeing this bag for the last five trips in and out of Seatac international airport.  Carrying things on my shoulders was starting to hurt (both literally and figuratively).  Travel should not hurt - it should be a smooth glide from your front door to arrival in a new place you haven't seen before. Now once you get where you are going you might to be confronted by strangeness and adaptation. A painful process, and the reason some do not like travel, but for me, that is the fire I thrive in, and the place I find myself when I am lost. 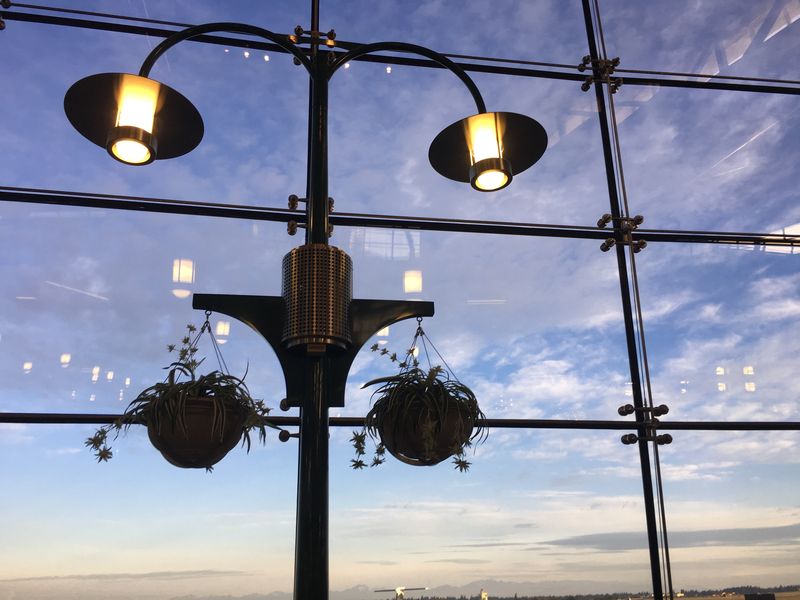 My opinion of the process of travel not being painful aside, three separate flights, four airports, and three border crossings with their individual paperwork is a bit of a travel side-ache.  But I enjoyed the uncertainty.  I also enjoyed watching the movie Wild (along with 4 others not worth mentioning) on the way from Vancouver to Shanghai - and have gratitude that I do not need to walk the Pacific Coast Trail to get over a heroin addiction, my mother dying or a divorce.  I'm just traveling across the world to grieve a lost relationship and an apartment I am blessed enough to have the means to leave.

On the plus side my journey took me through three new airports.  Above is a shot of the art and aquarium in Vancouver, British Columbia, Canada. Ironically, I felt a bit like a fish in an aquarium inside the Vancouver International transfer terminal because there really wasn't anywhere else to go besides this area with three fast-ish food restaurants and a couple high-end shopping places. A couple hours into my four hour Vancouver layover I was entertained by them cleaning the aquarium and I kicked in my journey to Asia by having noodles for breakfast. 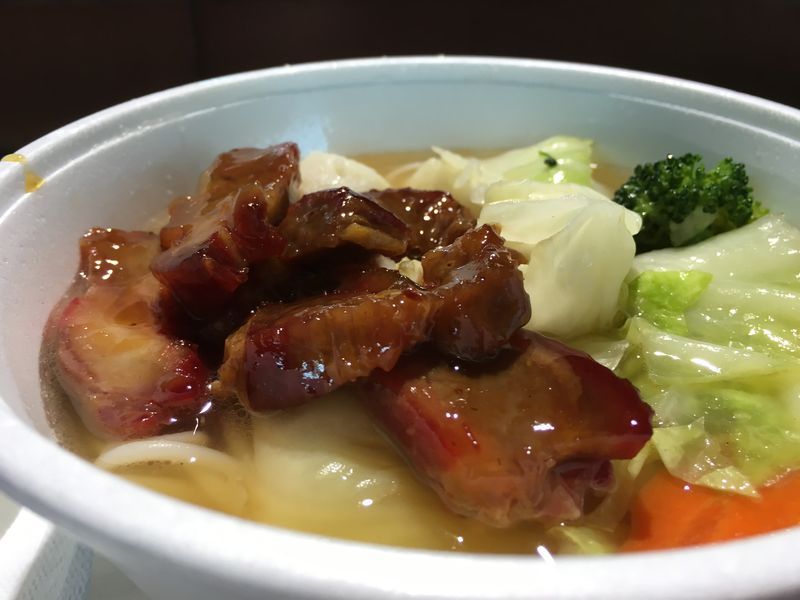 About 16 hours later I landed in Shanghai. I was very excited to see the Shanghai airport, because it was in China and I had fond memories of the Taipai airport. Unfortunately, the international connections section of the Punang airport is a bit small, albeit long, but besides the proliferation of panda merchandise it held no epiphanies and included Starbucks. 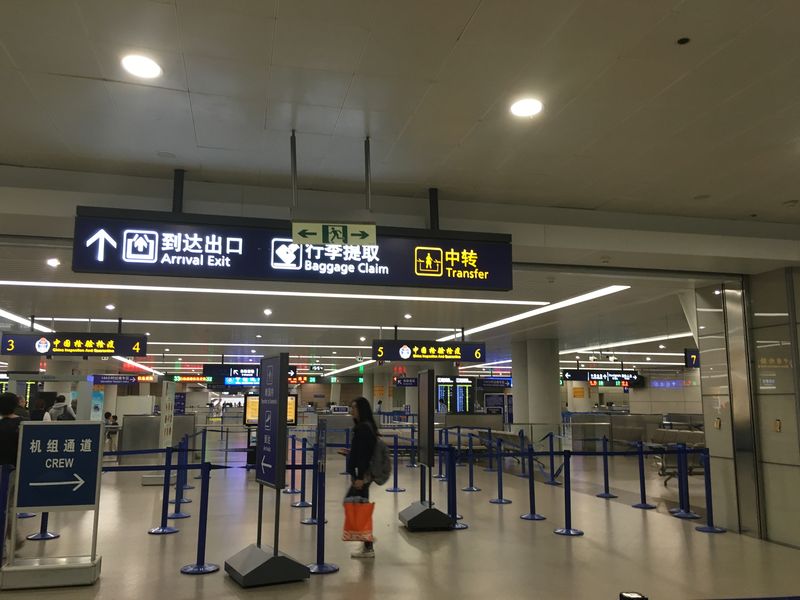 Starving for something that was not an airplane meal, I ate some kung pao chicken and ruminated on the fact that I will be spending 19 hours in this airport on the way home. Something will need to be done about that in the next 7 days. Maybe I will figure out how to use this water purification system the next time around. I left Seattle at 7am Pacific Standard time on June 1 and got to Siem Reap, Cambodia at 10:30pm Indochina time June 2. Somewhere I lost over 10 hours moving forward through time, and I traveled continuously for roughly 24 hours.  Despite this journey - I was surprisingly not that tired when I arrived Thursday night. 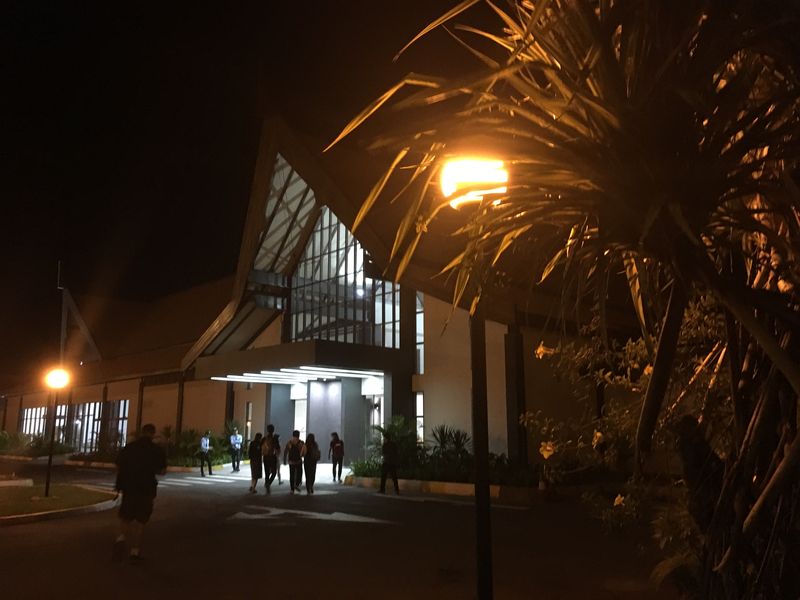 After Cambodian immigration and customs pointed me in many directions, stamped many things and gave me another Visa inside my soon to expire passport, I was really hankering for a glass of sparkling wine to celebrate my arrival.  I did not get that.  However, I did get a nice taxi driver and transportation for viewing the temples of Angkor Wat for the next day and an overly air-conditioned room at the Golden Banana Bed and Breakfast. 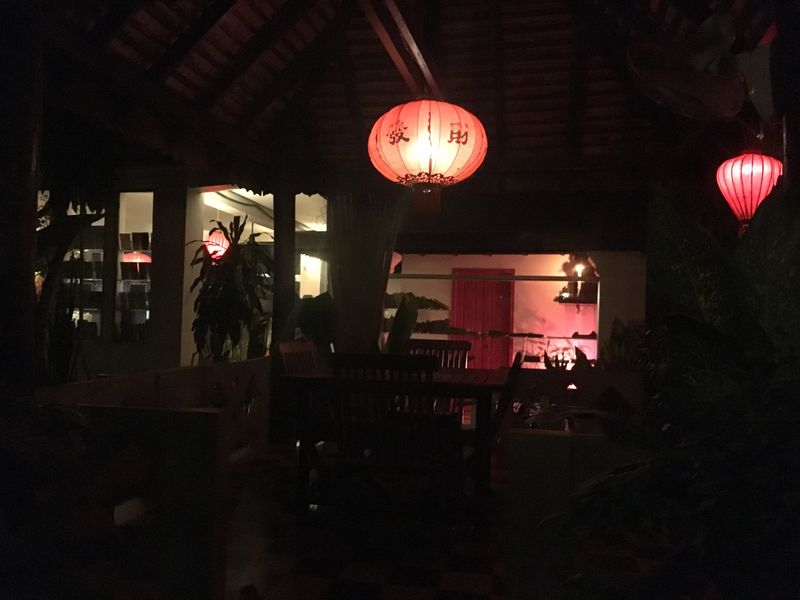 Many fitful dreams later and a 3am phone call from Seattle waking me from those fitful dreams - I got up at 5am to prep for my day visiting the temples - because I couldn't sleep anymore. 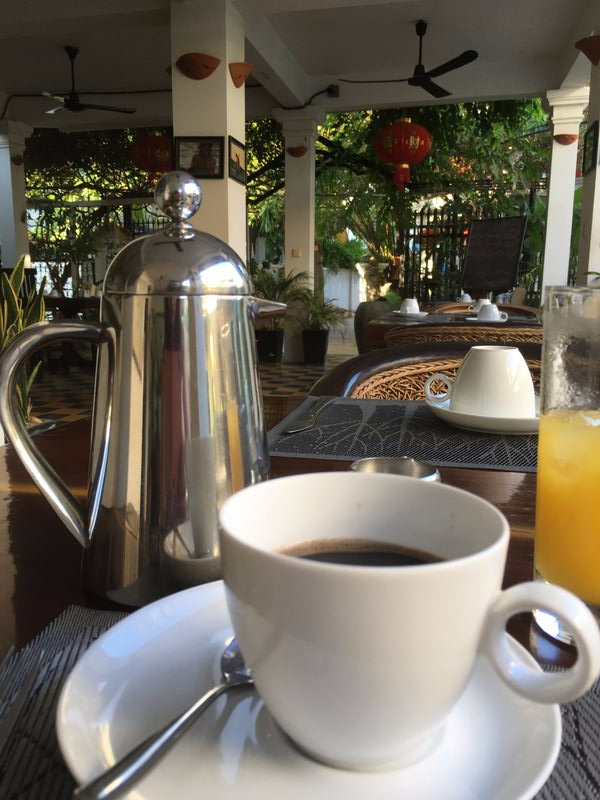 It was going to be a beautiful day.  I made it across the world - I might as well enjoy it.