Home Archives About Me Profile Subscribe
Eggplant Parmesan Just Because
Trains, Planes and Automobiles through SFO to Napa Valley Luckily, nature was in rhythm with my will and two Skagit Valley Tulip Festival locations opened for business early because the flowers said it was time. Roozengaarde and Tulip Town were ready to accept visitors on March 18th - so the one date during the possible bloom that I could make the journey (Sunday, March 20th) was going to work out. 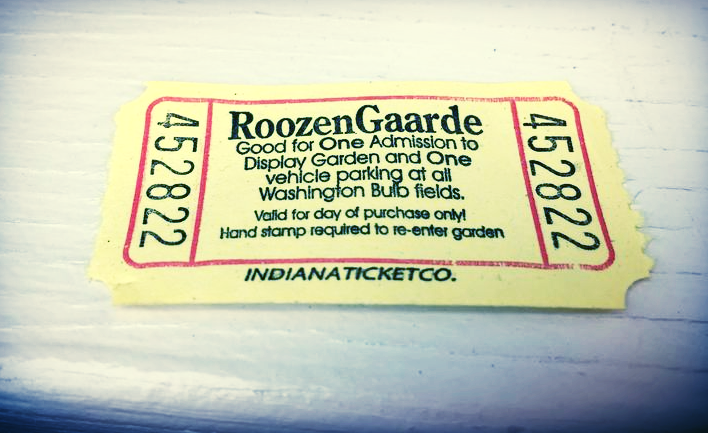 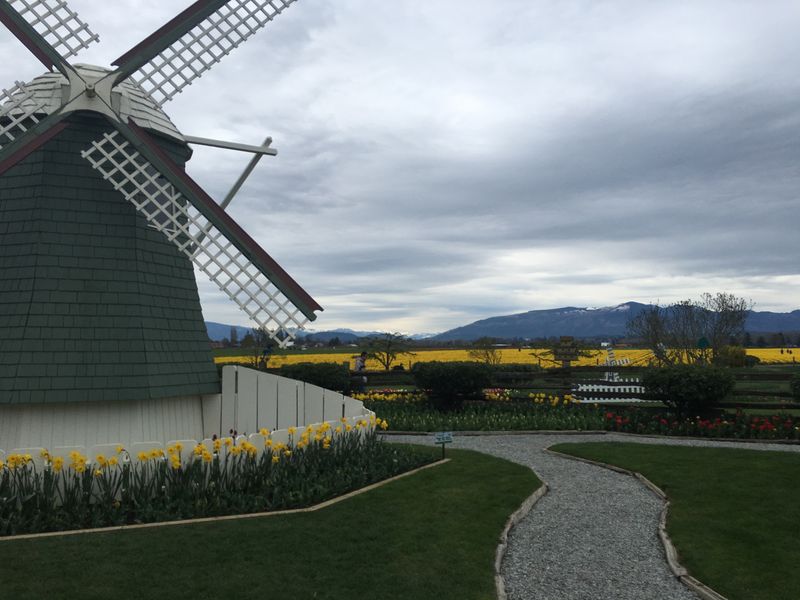 I traveled with a good friend who also wanted to see the flowers and had Sunday available.  We named it girl adventure day as we made our pilgrimage to the flowers. 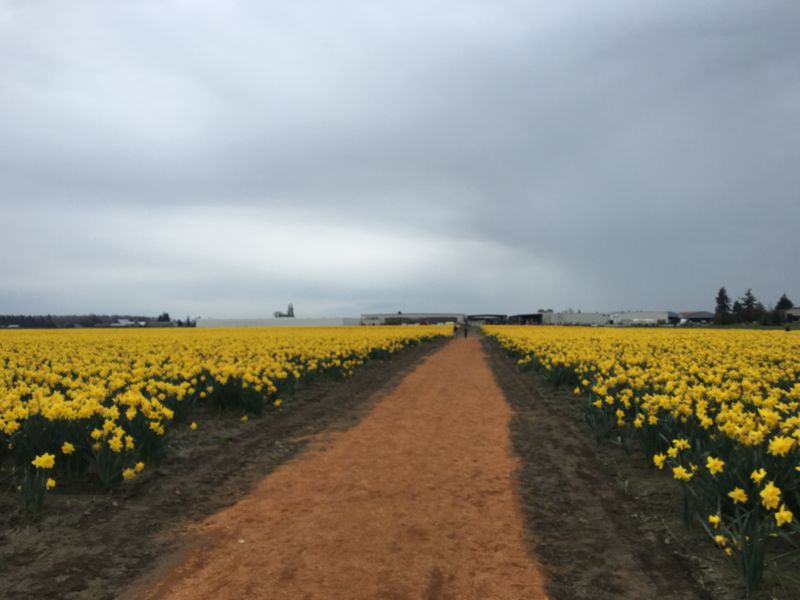 The yellow of the daffodils at Roozengaarde was blinding in contrast to the grey of the northwest sky.  The flowers created their own sunlight beaming color spectrum into the eyeballs of all who came to stare at them.  It was a silent show of beauty backed only by the mountains in the skyline and the chatter of families walking down the paths. Never have I seen so much yellow, in its pure form, standing so solidly in unison.  I am flower!  Hear me roar!  Yellow shall rule the world! At least until the end of March or early April. 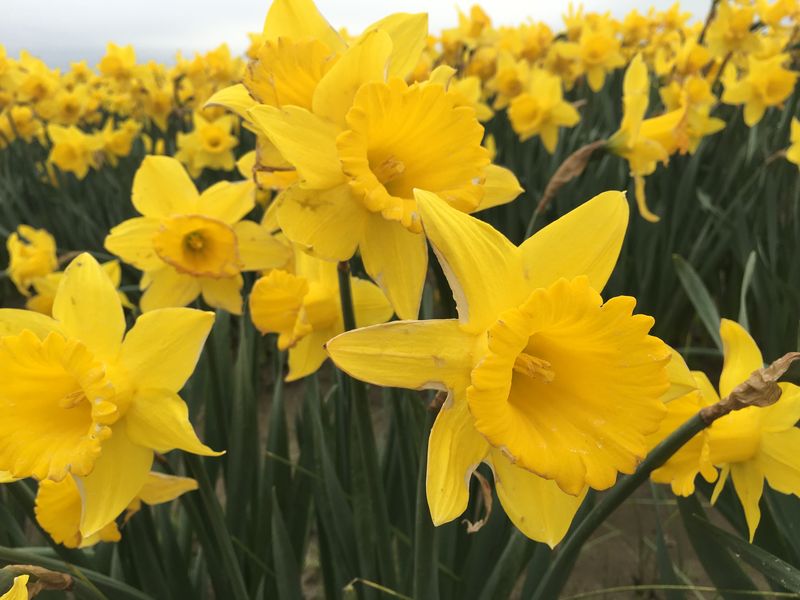 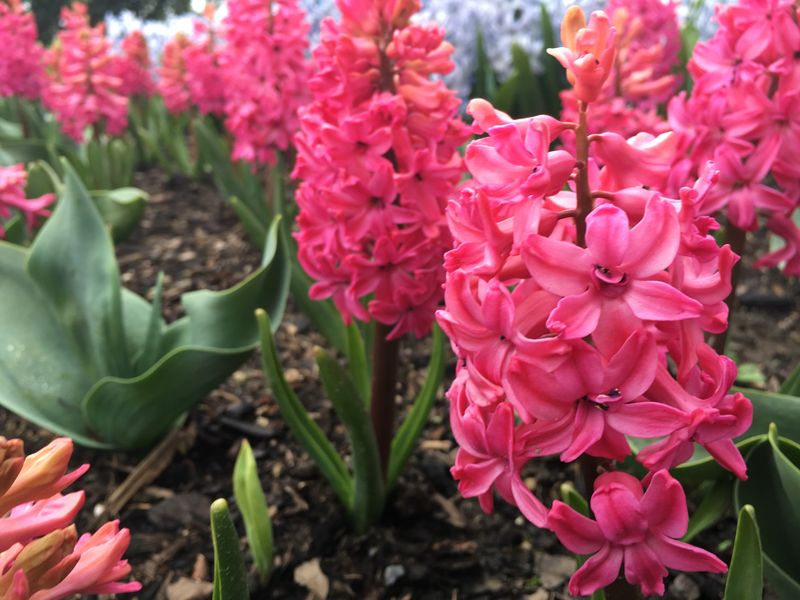 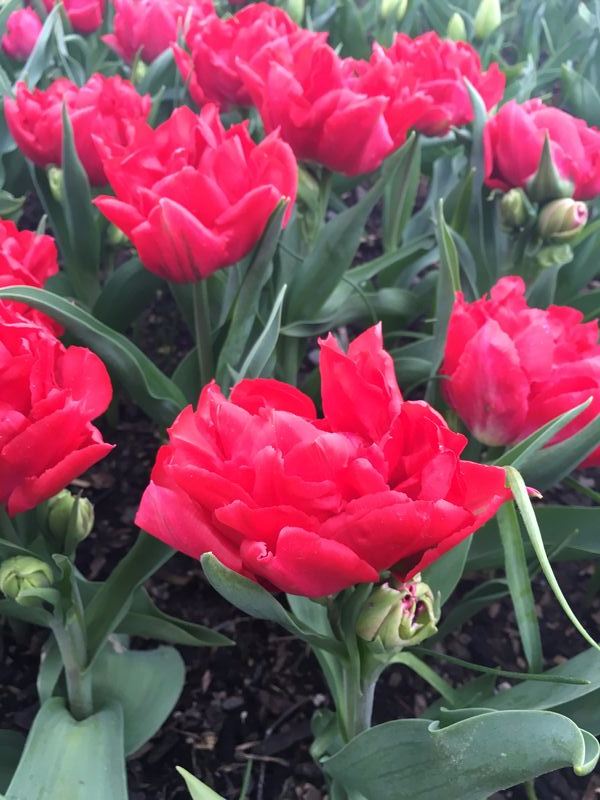 We took a selfie to commemorate the moment, explored the gift shop and started  driving to the next destination.  In the distance were strange birds. They resembled flamingos from our vantage point, and it was fun to think about Washington flamingos, but in all likelihood based on the evidence presented in paintings of the area, they were just domesticated geese. 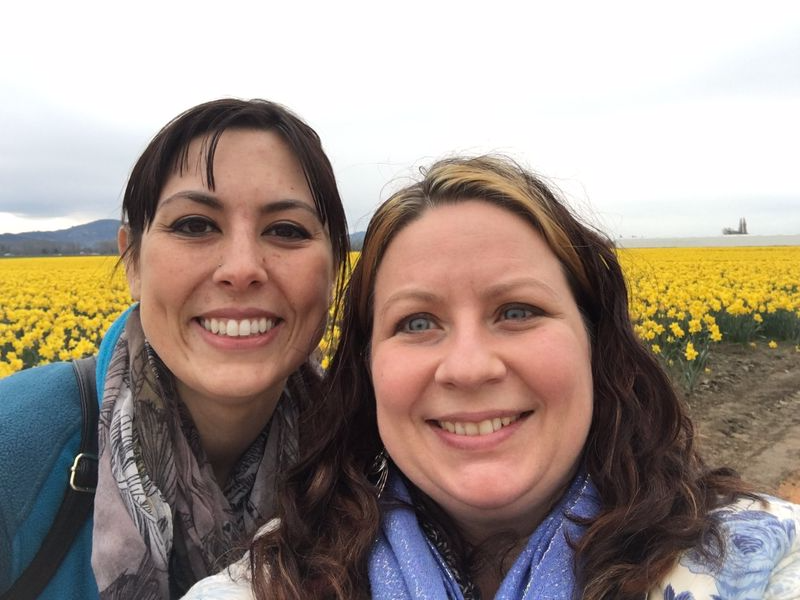 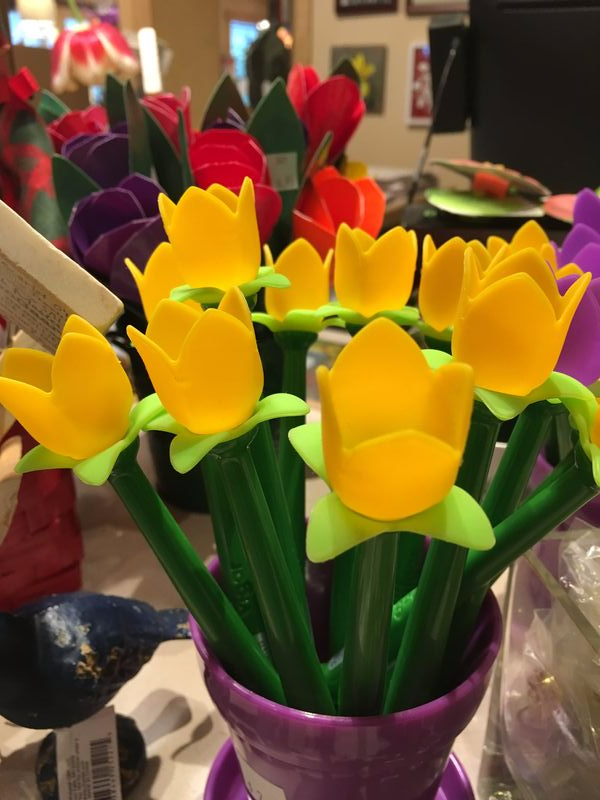 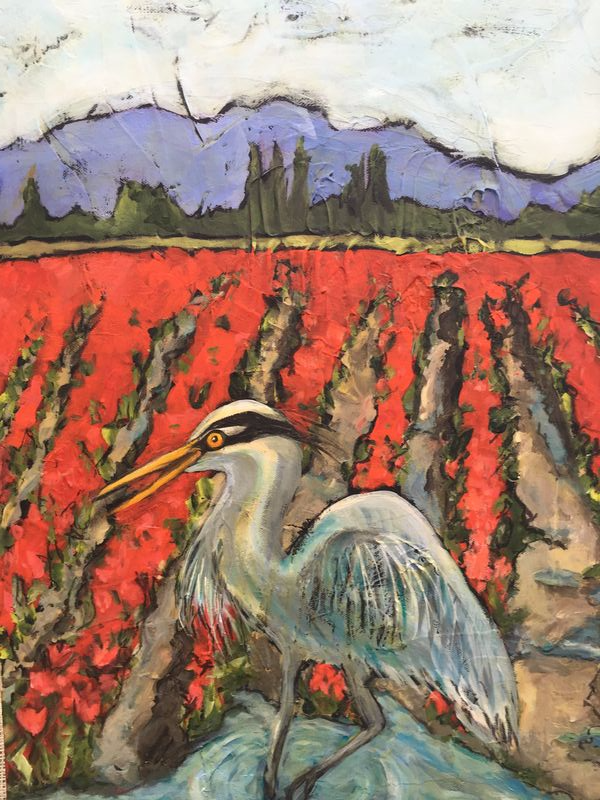 When we got to Tulip Town, we found a field of tulips, but not without a few surprises.

The indoor garden had an elaborate mural and different tulip varieties were artistically potted in front of it.

There was also a historical display explaining the role of cabbages in the valley as the primary agricultural crop before tulips.  The display held some other unexplained photos like this horse in a boat. 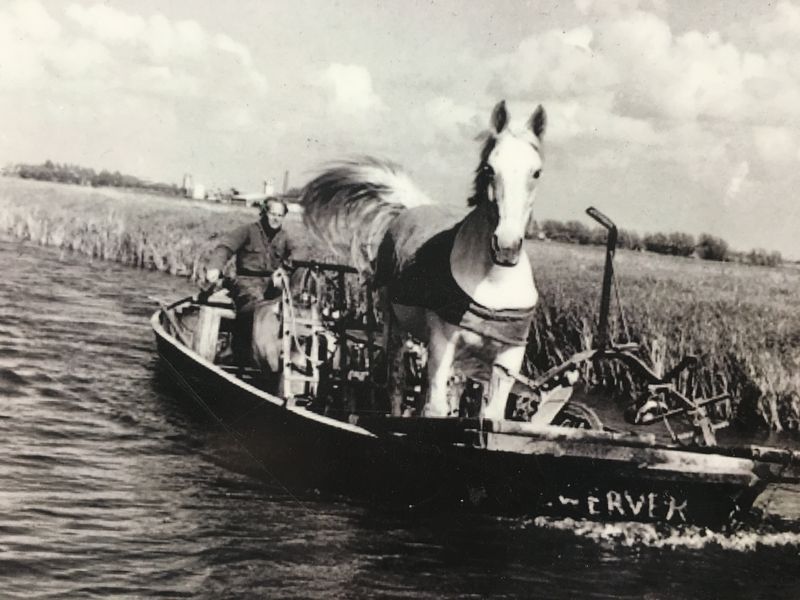 Then we found the blue water, polka music, various statues 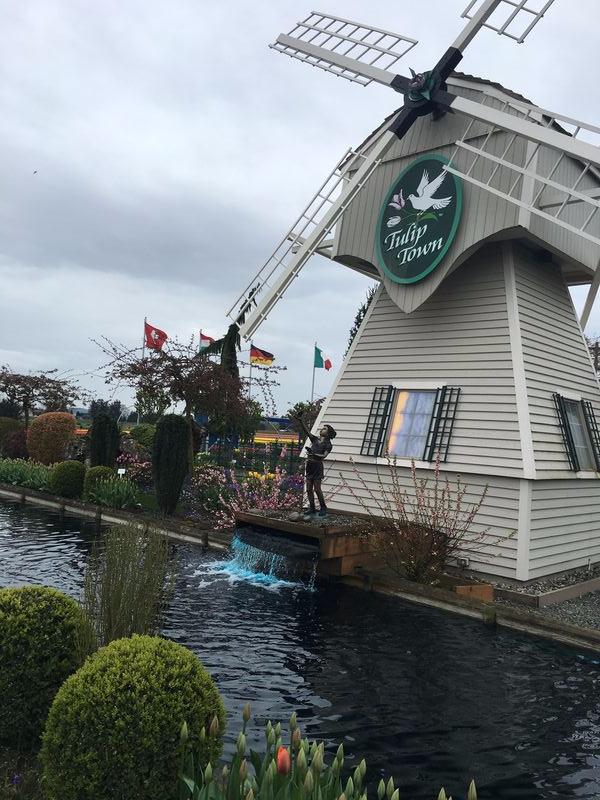 and the actual tulip fields. 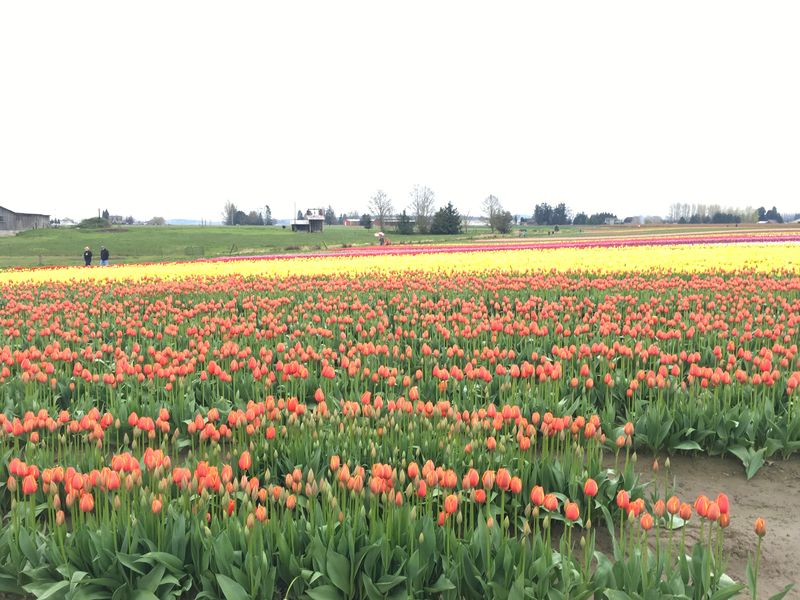 It started raining so we put on hats and took a selfie from the flower photo deck. 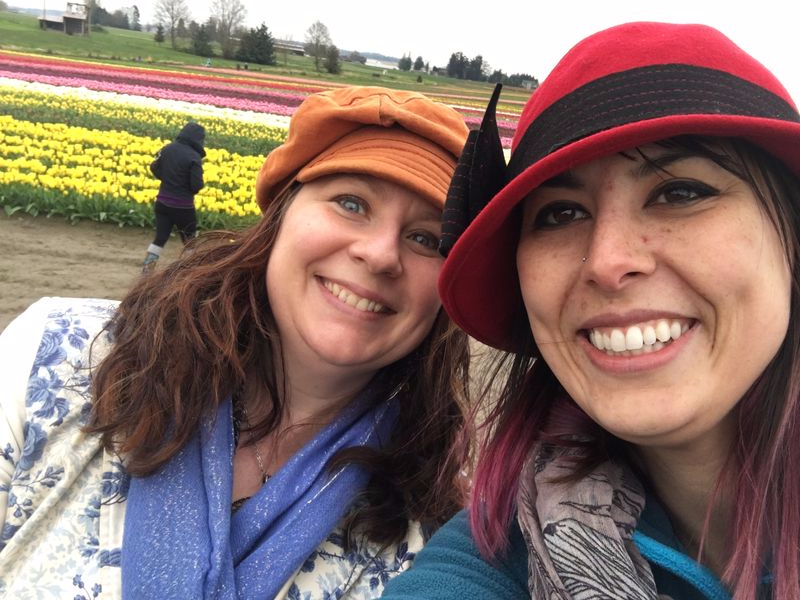 Followed by taking a lot more pictures of tulips at ground level. 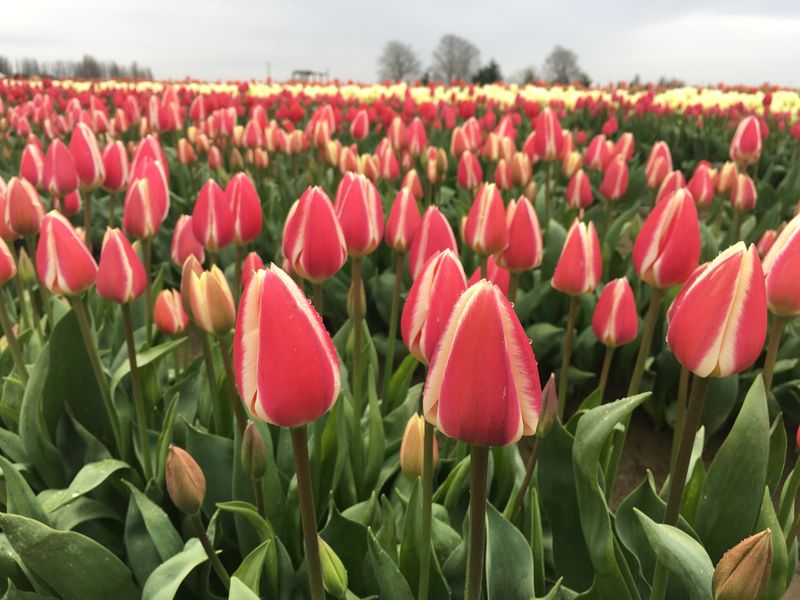 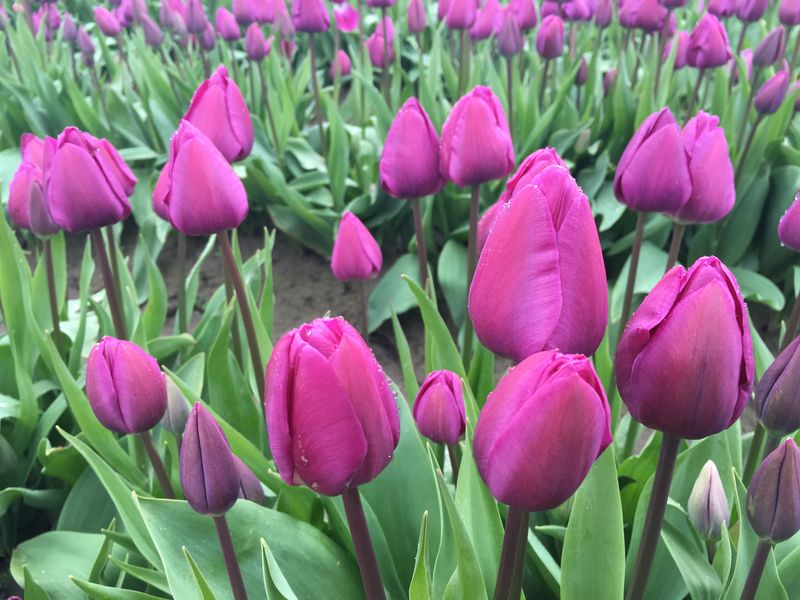 Meanwhile, as we photographed the flowers, parents who brought their children on this colorful adventure chased them this way and that, scolded them for touching the flowers, and convinced them that jumping into mud puddles was not a good idea.  A very cute blonde girl, who looked about 3, held a pink umbrella larger than herself, and swung it wildly in the middle of the yellow tulip aisle taking off the heads of several new spring beauties. A young man, maybe 8, with an elaborate skull painted on his face, cried to his mother that he did not want to be the tulip in the cut-out photo.  Unfortunately, he could not reach to place his face through the hole of any of the other characters, so his mother repeated "you will have to be a tulip." Undeterred he jumped and jumped as we walked past.  I was happy we only had our hats and umbrella to worry about. 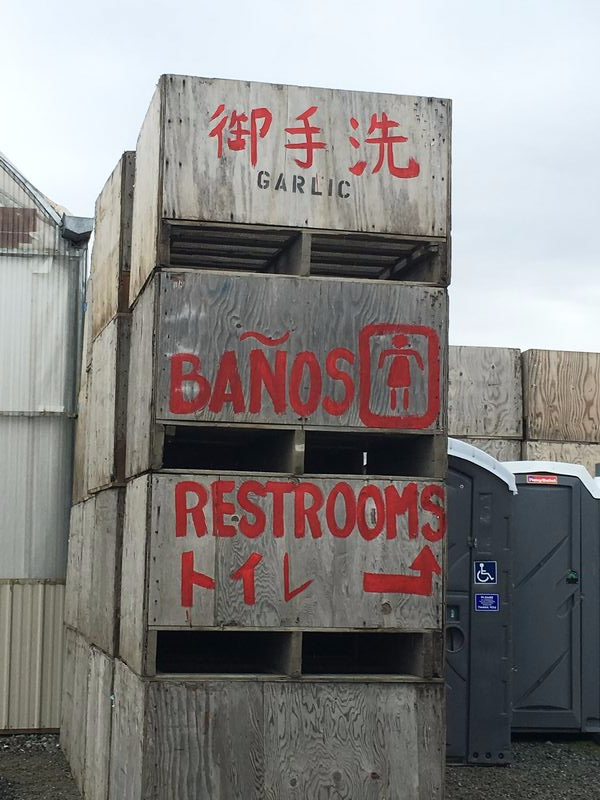 Before heading back to the car I captured one final photo of hilarious signage - truly a found art masterpiece. 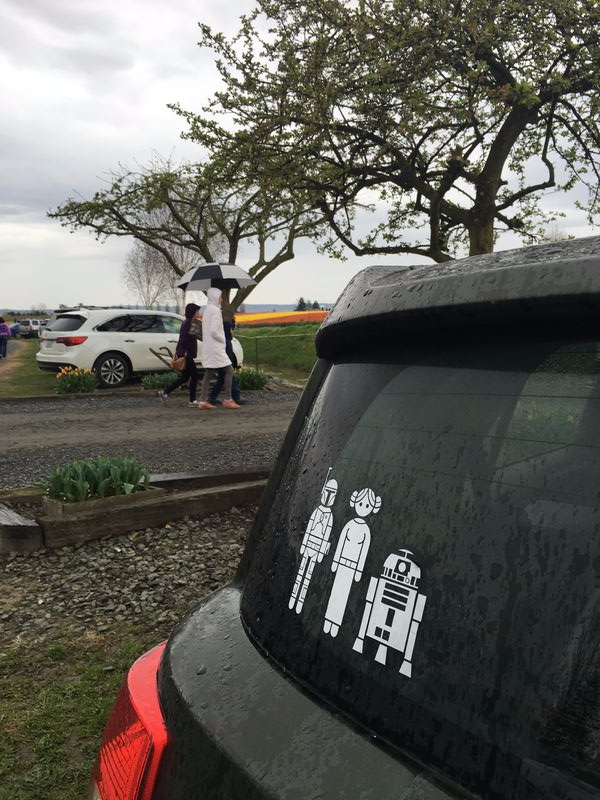 We piled into the car and headed for La Conner to find lunch per the advise of a festival headquarters volunteer. 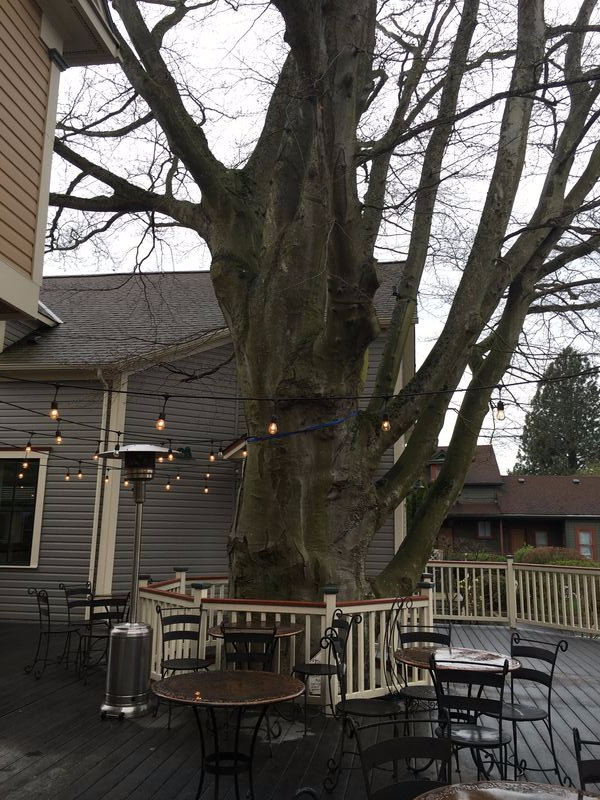 We found Seeds Bistro and a big tree. 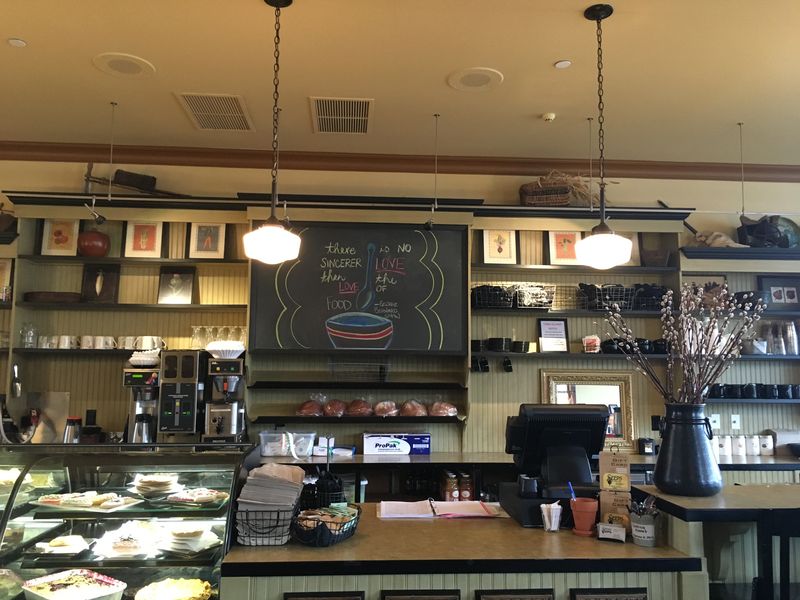 Seeds Bistro is at the location of the old Seed exchange that, according to the menu, used to supply the United States with a majority of its brussel sprout, rutabaga, parsnip and beet seeds.  Now it is a lovely bistro, bakery and bar that recognizes food sensitivities but still serves gigantic pastries and some serious Couger Gold mac & cheese.  I got a BLTA with a side of the carrot curry soup.  We split a small order of the mac & cheese - because it was Sunday and we earned it standing in the rain looking at tulips. 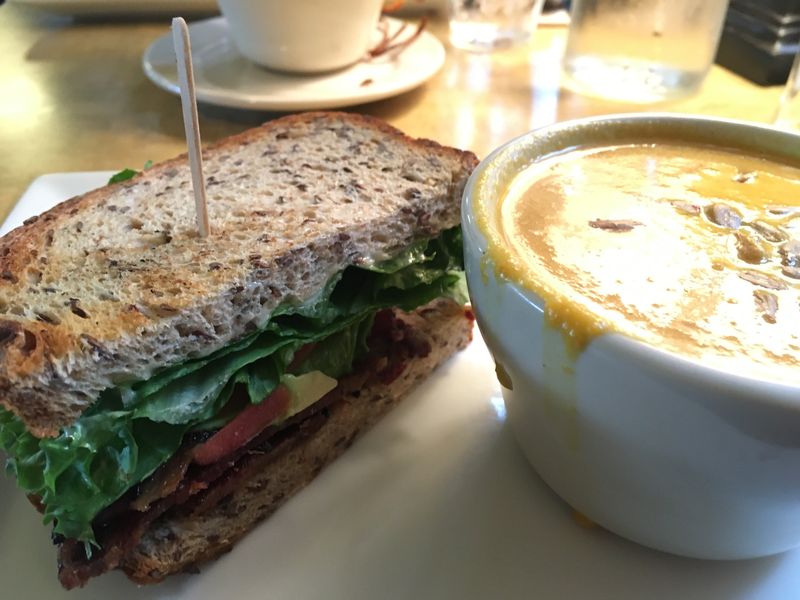 It was the perfect amount of warming food to perk us up for a not as short of a drive home through construction after a short exploration of the cute town of La Conner.  It was a good pilgrimage as we returned home with phones filled with pictures of flowers, and the memory of voluminous and vivid colors. The tulip festival is definitely a sight to see and worth the trip from near or far if you are a fan of flowers.