Writing Poems in Delray Beach and Eating at The Grove

My time in Florida was a collage of very full freeways at morning and evening rush hour, countless hours of conversation about and listening to poetry, a strange array of strip mall dive bars and the people that inhabit these caves and attempts to find interesting , fresh or farm-to-table food.  Being mostly stationed in Delray Beach, thanks to the poetry festival, I focused my food research on this area .  The local magazines pushed it as the "in" spot to be of the moment, so it was worth diving into despite smell the gentrification all around me. 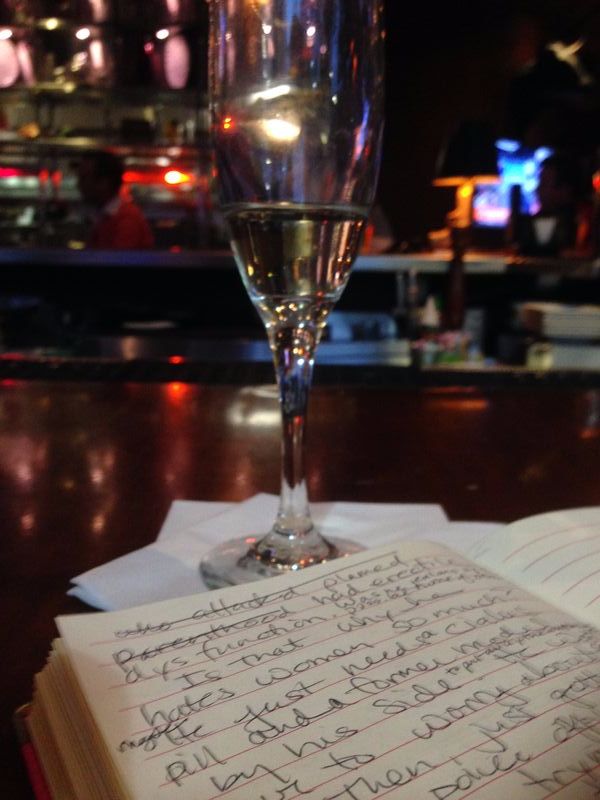 The conversation and writing assignments in my workshop focused on the inner form and tone necessary to create good odes, elegies, curses and the tools one might employ to create effective poetry. Tools such as line break, structure, repitition, metaphor, to punctuate or not to punctuate and so on.  What was refreshing is that all the poetry we read together had a strong central image and/or tangible subject matter.  For example, the poem about coffee, was not really about coffee but the metaphor of coffee tells a strong intimate story about the loss of a brother to mental illness, or an ode to chicken is about the loss of a father.  I really enjoyed being in a workshop where the poetry is about something, and focused on learning how to allow poems to be even more about something even if that something is not the obvious subject.  I hope the conversation influences my approach to writing even if it was not extremely fruitful this particular week, being distracted by family and freeways. 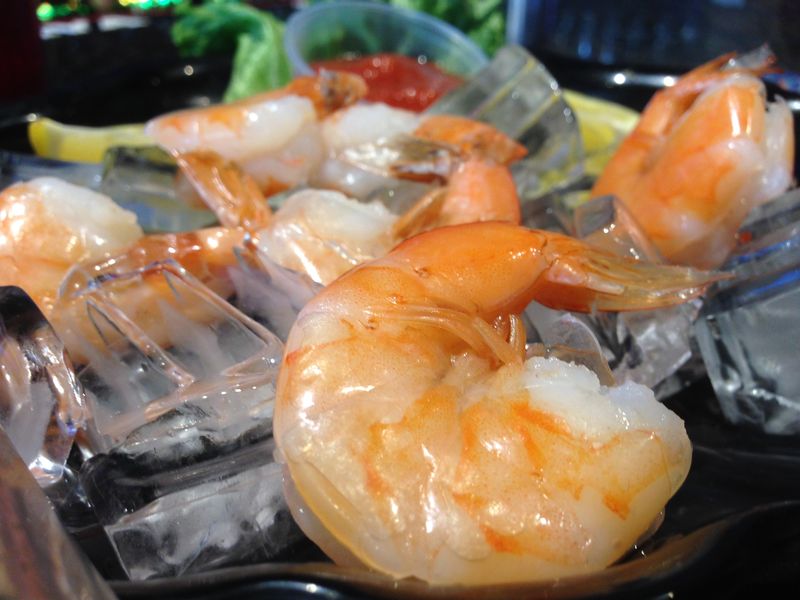 On Thursday I returned to The Whistlestop Public House to meet up with my father and his good buddy Gary, who has been a character in my past Florida experiences.  When you visit somewhere infrequently time has a way of showing on peoples' faces way more tellingly.  I just saw Gary two years ago, but it seemed like ten, for him and me.  We talked about the passing of Glenn Frye and his personal invitation for the funeral party thanks to his former business of flying a small airplane back and forth from South America in the early 1980's on errands for the Eagles.  I wished him good luck at his doctor's appointment and told him to take it easy, no pun intended.

I left my Dad and Gary to go back to Delray so I could have a little writing down time and catch the poetry readings that evening.  My food research pointed me to a little dinner spot called The Grove.   I had my reservations about it - but I was curious what a west coast sommeilier turned chef could do with a restaurant. in Delray Beach. 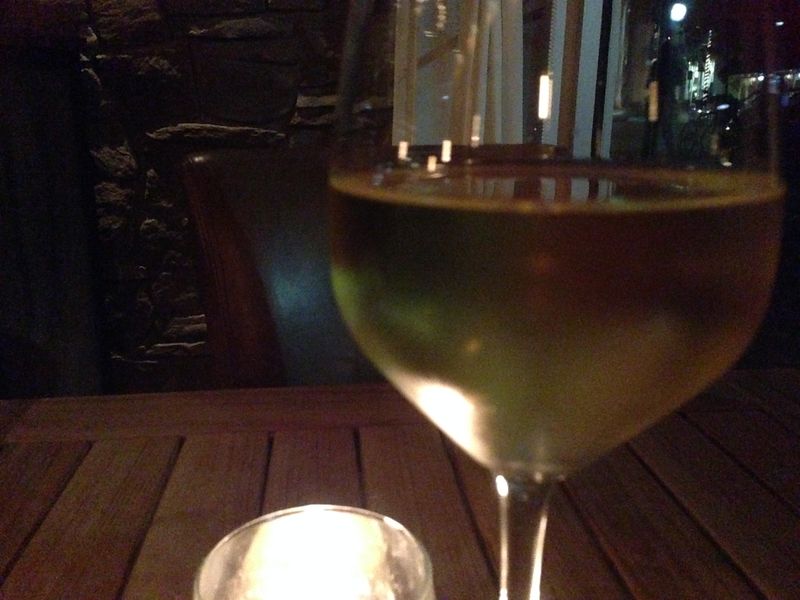 All the reviews said the place was impossible to get in.   When I got there at the respectable dinner time of 6pm - they were barely open and I was the only customer in the restaurant.  It was a little bit awkward at first as they were putting the restaurant together around me  but I did get very very attentive service.  My waitress, the sister of the chef, said "I have nothing else to do" so she was very excited to talk through everything on the menu and confirm wine pairings with chef/sommelier in the kitchen. By the time I was leaving the restaurant it was full and the ambience shifted more to what I read about the place. 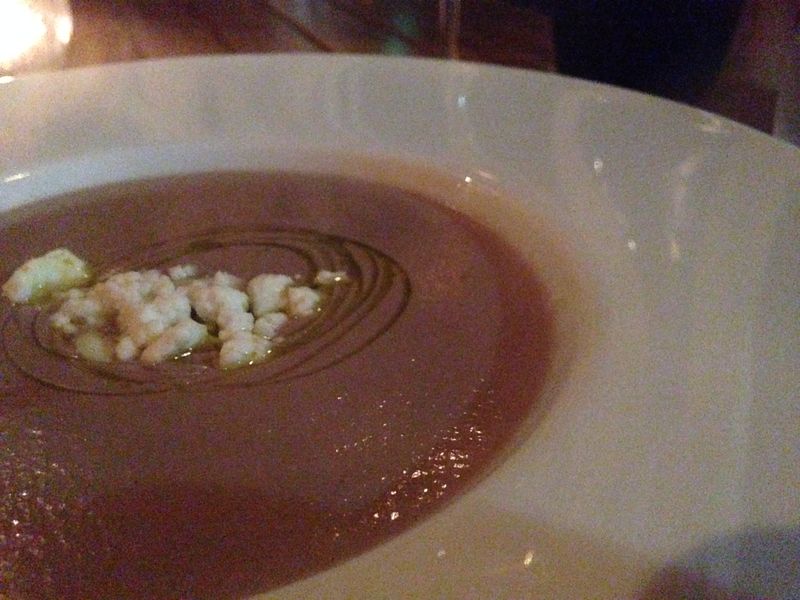 This turned out to be the best cream of mushroom soup of my life.  Made with maitake mushrooms, pure cream and fairy dust it was so rich and filling that it did me in - I couldn't eat my last course, the one I was originally looking the most forward to because I was so filled by the mushroom soup.  The ange hair pasta dish I was looking forward to was described by the staff as "seafood forward"  it was a pasta of dungenous crab, fresh shrimp and nori.  I took two bites and admited defeat. 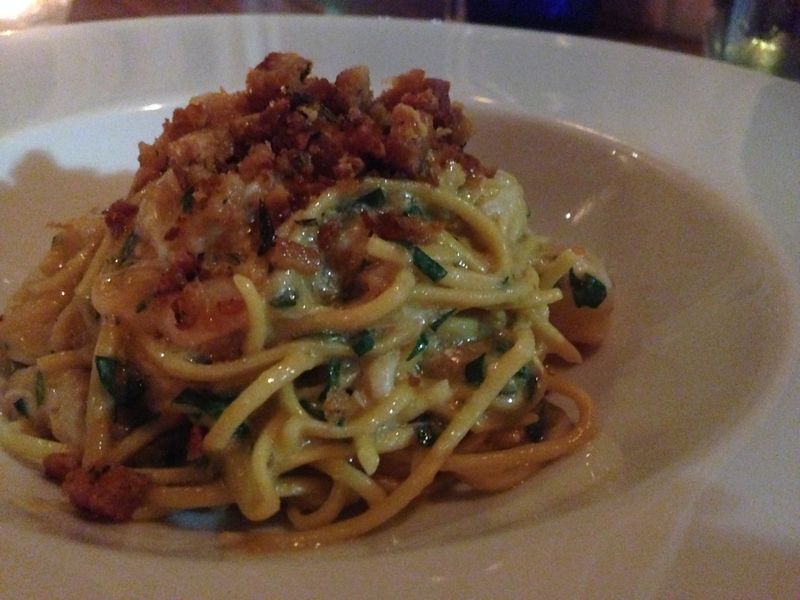 It was another beautiful dish, but those two bites were like licking the floor of the ocean, or a rock with barnacles - so it may have been a little too seafood forward, even for me, and the universe did me a favor by filling up on the soup and this lucious bread. 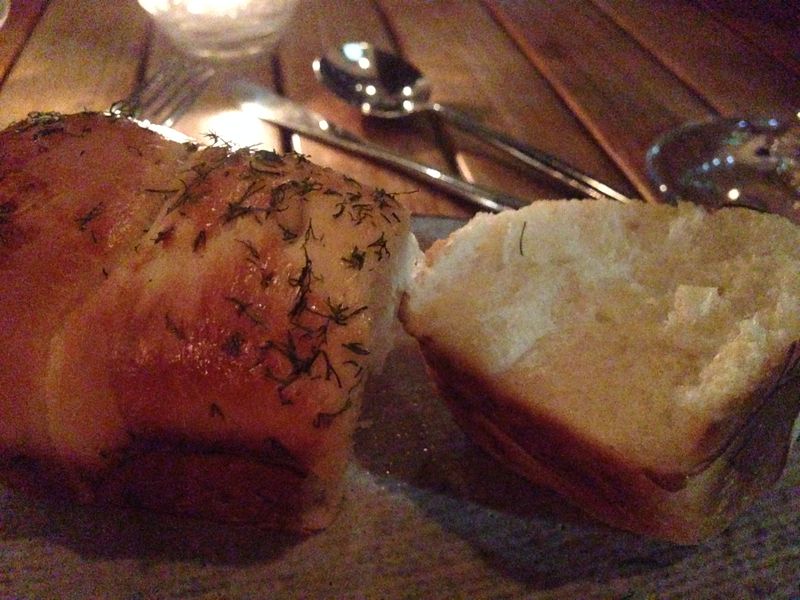 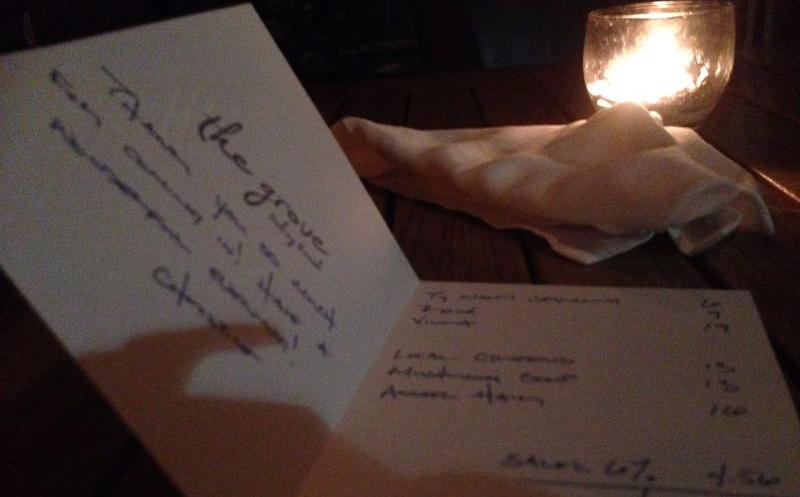 After the quaintest hand-written check I ever received in a restaurant I walked over to the readings for the night and took in some pretty words.  Just another day on vacation at literary festival in Florida.  Finishing this post a week after I have returned from Florida I have much gratitude for my time of having nothing else to do but enjoy poetry and try to find good food. 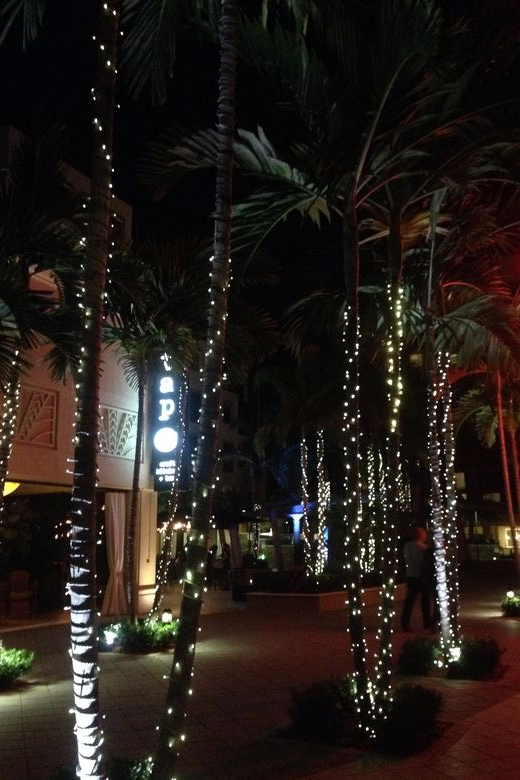