Someone closed paradise and forgot to do a final check of the aisles. As there are a few of us left in this fishbowl swimming in circles between the hotel and beach with no where else to go. 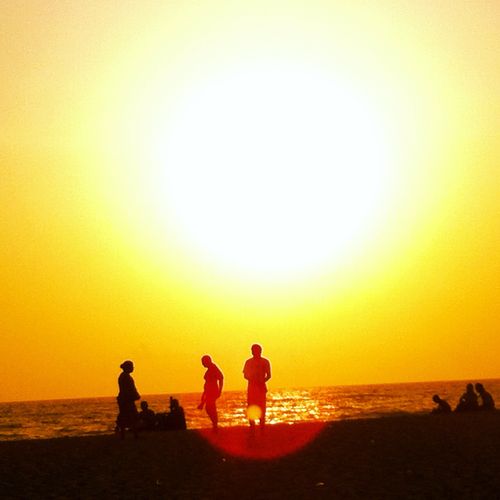 I tried to go to three recommended restaurants tonight - not because I wanted to go to three different places but because I wanted to try more Goan food outside the hotel menu (which has only prawns and squid). Everything was closed, with the exception of two tourist places by the hotel - one had chicken so I chose there. The dish was chicken cofrial (coriander roasted) quite tasty albeit not mind-blowing. 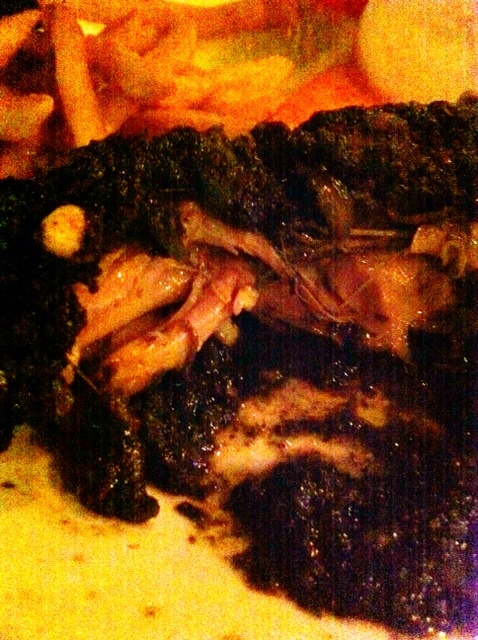 Because I could not yet go back to beach today for fear of hordes of sellers surrounding me I arranged for trip 15 km away to Old Goa to check out remains of Portoguese Catholicism and colonization. 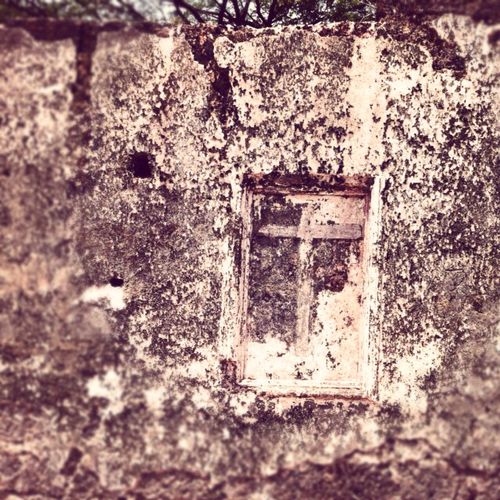 Old Goa was once referred to as "the Rome of the East" during its 1500's heyday - before it was taken down by malaria and cholera and the capital of Goa was moved to Panaji in 1843. It is home to multiple grand cathedrals, convents and churches. Some still in use today but all viewable by tourists such as myself.

My journey into this realm of Christianity in India began at the ruins of the Monastary of St. Augustine. Founded in 1572 this was once an impressive cloister of monks and nuns - it was abandoned in 1835 due to the expulsion of religious orders from Goa. It collapsed in 1942 leaving the rubble-esq ruin seen today. You can feel the failed dreams of converted masses emanating from the disintegrating brick. 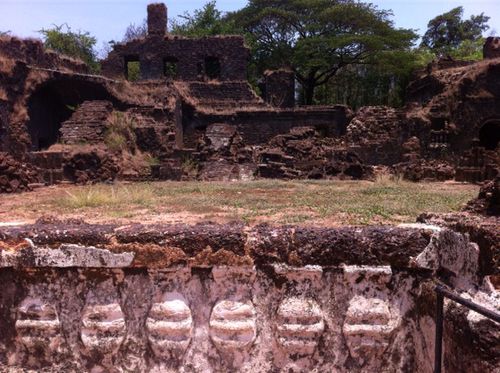 Next was Basilica of Bom Jesus - home of the body of Goan patron saint St. Francis Xavier - and some impressively weird cathedral embellishments to accompany the displayed body of a saint. 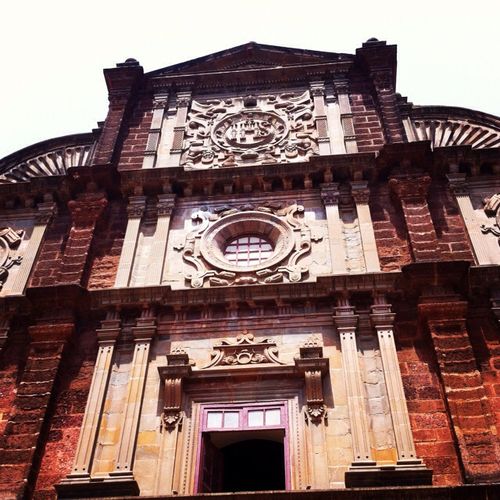 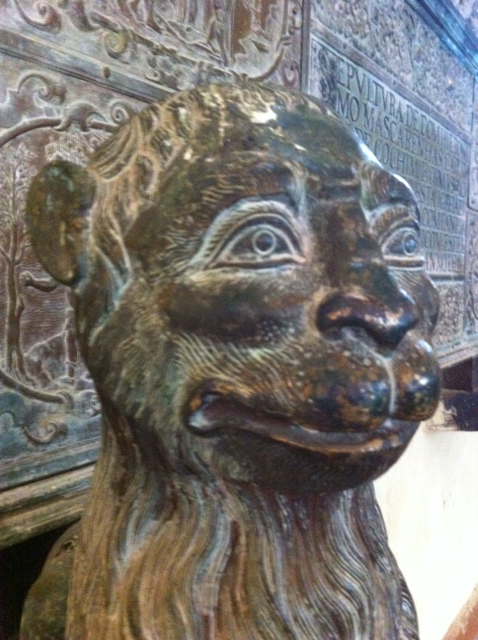 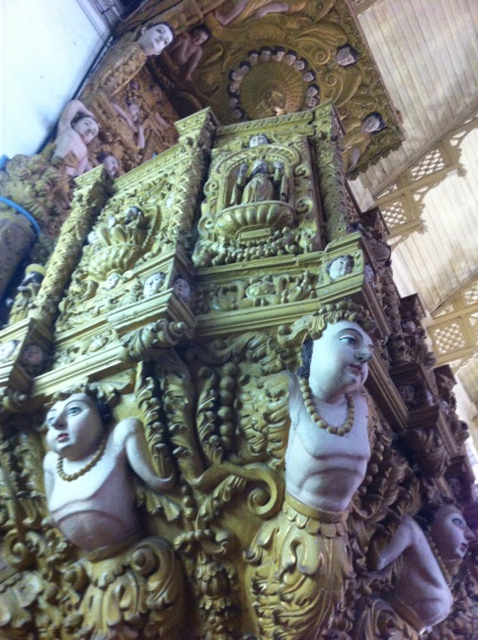 Seriously the bloodiest depiction of Jesus on the Cross since Mel Gibson's Passion of the Christ. Across the street is a startling beautiful Church of St. Francis Assasi. When I entered the symmetry alone transported me back to Rome. 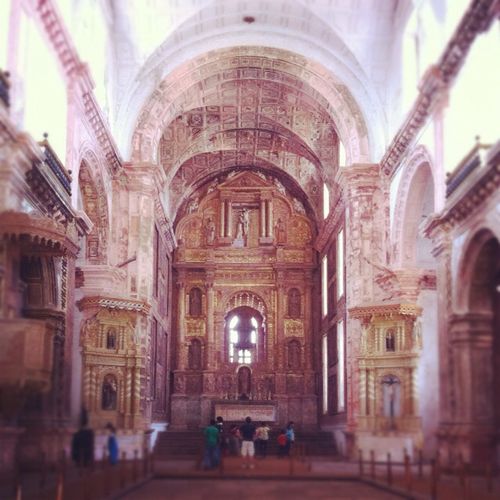 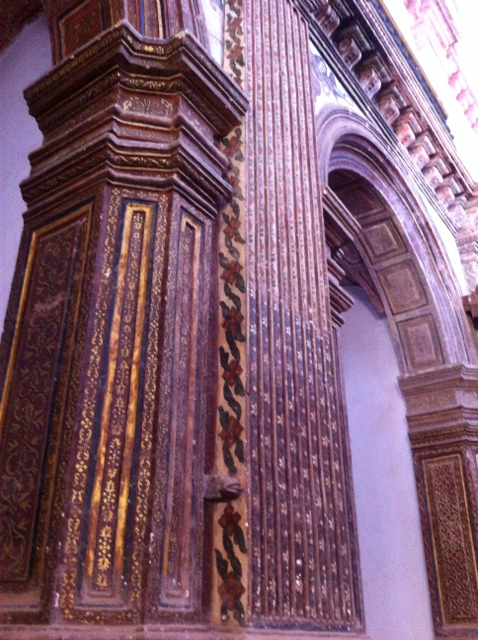 Then I got yelled at inside the Archaeological Museum for taking photos - even though there were no signs or other warnings telling me not to. 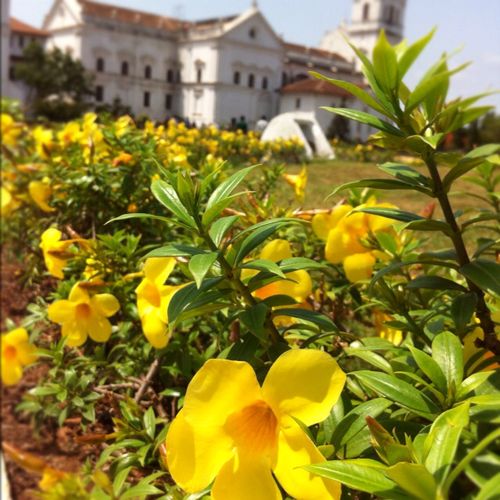 Apparently the warning is the rabid museum guard screaming at you "No Photos!!" It is a bummer because there were lots of paintings depicting every single Portuguese governor of Goa since 1490 (over half the museum) I could have put in this blog. I got a shot of this statue and saw no actial archaeological product. Melting from the humidity I got an ice cream cone and a cold bottle of water, stared at a real nun and pondered the interesting blend Hindu and Catholic culture makes. Here is the shrine outside the church where St. Francis is entombed. There was also a candle burning vat in the back where I observed extremely similar rituals taking place next to a statue of St. Francis that I would see in a Hindu temple to "place name of god here." The possibility for this blend is oddly fitting as the Catholic saint/relic worship and cult of Mary lend easily to the hybrid. I could go on about the Holy Trinity but I'll spare you non-religious studies people out there my theories. 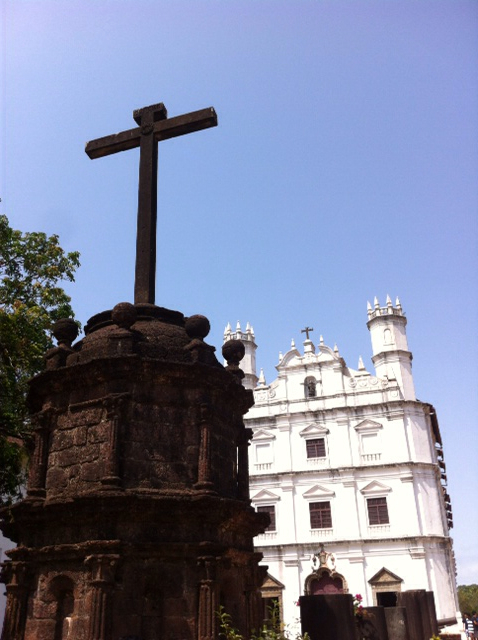 Back at the hotel I was harassed by obnoxious drunk men at the pool officially completing my failure at relaxation in this beach town. I did get my tropical drink however - and was under the watchful eye of every single person who works here at Silver Sands Hideaway. I can't tell if this was because of the drunk men or that I was a woman alone by the pool causing a scene. 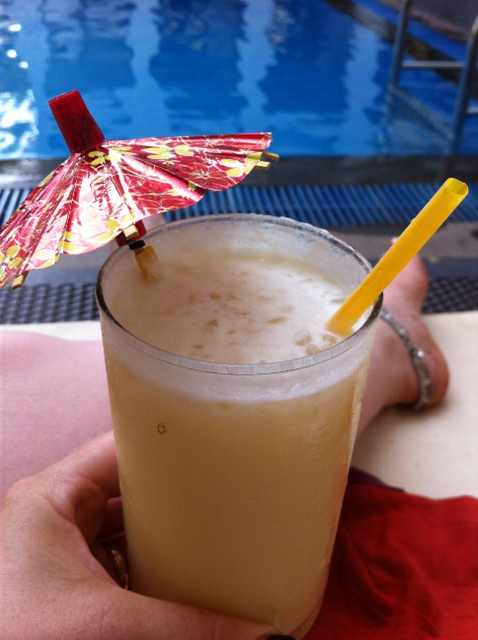 Tomorrow they move me to Phoenix Park Inn where I get a new menu and pool mates - I also go return this bag of unwanted stuff to the beach ladies. The adventures in closed paradise continue.